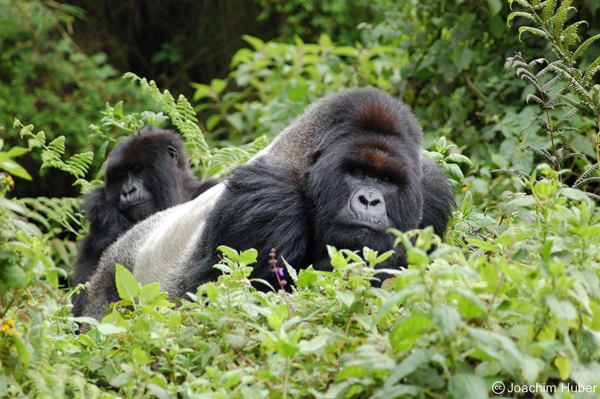 Back in 1978 I was the chief executive at the Fauna and Flora Preservation Society (now FFI) when I got a call from David Attenborough who had just been filming Mountain Gorillas for the ground-breaking series Life on Earth. He had been able to film them because Dian Fossey had habituated a group to human presence.

His report was devastating: a young male gorilla, known as Digit, had been killed by poachers on New Year’s Eve. Funding for protection was desperately short, Dian had implored him to do something to help and David asked if there was anything Fauna and Flora could do to help this desperate situation.  Within a very short space of time we had launched an appeal in the Sunday Times, with an article by Brian Jackman, and we soon raised £5,000.

Dian herself was a complex character and had spent many years alone, dedicated to the gorillas, and while she is lauded as the saviour of gorillas, she actually opposed most of the conservation efforts, and was against tourism based around the gorillas (the latter almost certainly being the cause of the success of gorilla conservation).  But what started as the Mountain Gorilla Project, with a small consortium (African Wildlife Foundation (AWF) and World Wildlife Fund (WWF)), went on to morph in 1991 into the International Gorilla Conservation Programme.

Reading the various accounts of the history of the conservation of the Mountain Gorillas as portrayed on the internet, it is noticeable that many of the people who played key roles are totally ignored. In particular the role of David Attenborough, and the film sequence in Life on Earth were absolutely crucial to bring awareness of the plight of the Mountain Gorillas. In fact without it, I often wonder if Dian Fossey would be the household name she is now.