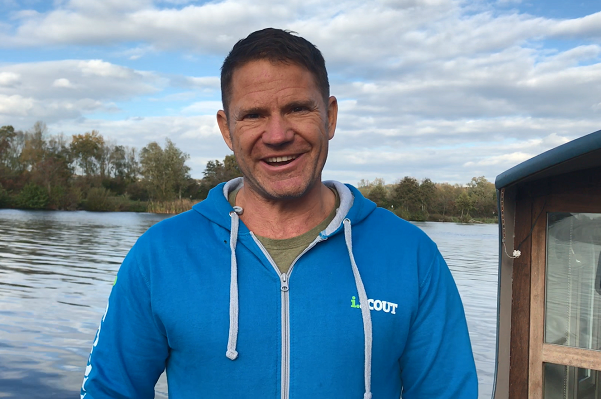 World Land Trust Patron Steve Backshall has announced the line-up for One Wild Night, a fundraising event for the Jungle for Jaguars appeal on December 14, and it features some of the greatest names in adventure, sport and wildlife.

In a video posted on his social media, Steve announced “This year, because I’ve been away on expeditions for the whole year, I’ve not been able to do a big fundraiser for the World Land Trust, and so I’ve asked a bunch of my friends from adventure, wildlife and sport to come together at the Royal Geographical Society on December 14 and talk up a storm.”

Stories of adventure, wildlife and sport

The event will be held on December 14 at the Royal Geographical Society in London, from 7.00pm -10.00pm, and tickets are £25 each. There will also be a silent auction featuring a wide range of prizes from football tickets and unique artwork to tropical holidays, and all funds raised from the event will go towards WLT’s Jungle for Jaguars appeal.

The Master of Ceremonies for the evening is broadcaster, naturalist, former Royal Marine, marine biologist and travel writer Monty Halls. He will be introducing a star-studded cast with stories of excitement and inspiration including Steve himself.  Sean Conway, who has spent nearly a decade, covering 60,000 miles, chasing world records in Endurance Adventure will entertain us with his stories which all culminated in the world record for cycling across Europe.

From wildlife, Scottish zoologist Dr George McGavin will take to the stage to talk about some of his favourite creatures: insects. Ugly animal advocate Simon Watt will speak up for Mother Nature’s more aesthetically challenged creatures and why it is important to conserve less charismatic animals. Award-winning natural history cameraman Doug Allan will be telling tales about his work, specialising in cold, high and remote places.

The sports line-up is something to behold, with three female Olympic gold medallists: Helen Glover, Heather Stanning, and Dame Katherine Grainger (Great Britain’s most decorated female Olympian). Then one of the world’s best rock climbers, Leo Houlding, who has climbed some of the most technical peaks and biggest walls in the world, and former International Rugby Player Will Greenwood will be talking about winning the Rugby World Cup.

In case all of these are not inspiring enough, Lowri Morgan will also be sharing her personal story of how she won some of the world’s toughest endurance races after being told, after a sports accident, that she would never be able to run again.

Two bonus speakers are ‘The History Guy’ Dan Snow and Presenter of BBC One’s ‘One O’Clock News’ Sophie Raworth. Steve says “It’s going to be a unique evening, once only, and one to remember.”

“We’re calling it One Wild Night, and essentially it’s just a bunch of awesome people telling their stories- lots of videos, photos and chances for you to meet them. And all the money we raise is going to go towards buying forest in Belize and protecting it forever, come along and you can be a part of doing that.”