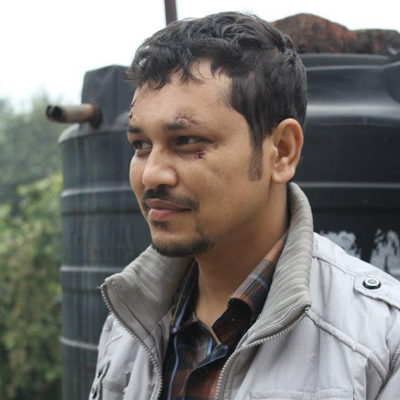 Wildlife rangers are vital to conservation work worldwide, particularly in mitigating human-wildlife conflict in countries such as India. World Land Trust co-founder and Partnerships Co-ordinator Viv Burton highlights the dedication of India’s Green Corridor Champions and the danger they face in their daily work.

World Land Trust (WLT) launched Keepers of the Wild in 2011 to help our conservation partners protect the land which we have helped them purchase. Keepers are the eyes, ears, hands and mouth of the reserves, ensuring that they aren’t violated, be it by cattle encroachment, hunting for wildlife or cutting of timber.

I was in India where, oddly you might think, WLT does not fund any Keepers of the Wild. Instead this function is carried out by our partner, Wildlife Trust of India (WTI) through their Green Corridor Champion (GCC) programme, made up of volunteers from NGOs across the country.  During my time at the Gaj Mahotsav Festival in New Delhi, organised by WTI, I was able to learn more about how the programme works and to listen to sessions attended by many GCC representatives. There are about 50 GCCs who have similar responsibilities to Keepers of the Wild, but in a country where 1.3 billion people and one third of the world’s poor live, keeping huge and dangerous animals safely away from humans is a daunting proposition.

I was to meet with a particular GCC, Shyama Prasad Pandey who I understood played a vital role in monitoring and protecting wildlife in the Dooars forest region of North Bengal. His organisation, SPOAR, (Society for Protecting Ophiofauna & Animal Rights) works very much to an aim shared by WTI and WLT.  That is to permanently conserve and protect nature and habitats through all its challenges.

Before meeting with Shyama I was thinking about my previous visit to India when we had been to see the Tirunelli-Kudrakote Elephant Corridor in Wayanad in Kerala, funded by WLT, and met some of the ‘forest protectors’.  We were a little alarmed that they carried rifles across their fronts and needed to know if they fired real bullets. Speaking with one of them he reassured me that the rifles weren’t loaded but in fact were positioned to ward off leopard attack.  This particular guard told me that leopards notoriously pounced on the left shoulder and that a deep poke into the soft underbelly of the leopard with the muzzle of the rifle was effective in sending them running.

When I met with Shyama I wanted to know about how his organisation dealt with wildlife conflict in the Dooars forest region where he is located.  He said that villages and also the towns of North Bengal are seeing increasing human-wildlife conflict. SPOAR is on 24 hour call for emergencies and he said that he is mostly called out to villages and town areas away from the forest where wildlife has strayed and become disoriented. The majority of animals he is called on to rescue are monitor lizards, birds, small mammals and particularly snakes; this is an area where King Cobra are not uncommon. The ‘rescuers’ are experienced in handling snakes and other wildlife and always use the correct equipment. The rescued animals are checked thoroughly for injuries and are always released in a safe place as near as possible to where they were found.

I recounted my story about the unloaded rifles carried by the Kerala guards and Shyama gave me a small smile and said he didn’t think that would work; he then pointed to his forehead and held out his hand.

His story goes that in December 2012 he was called to the village of Premganj where a leopard had strayed into a grassland. Before arriving on the scene a huge crowd had gathered and were noisy and anxious and the leopard had become very agitated.  Shyama and the Forest official who was to tranquilise the leopard arrived by boat through the floodplain of the Teesta to bypass the crowd but unfortunately the crowd was giving chase to the leopard, which in turn jumped into the boat and straight on to Shyama taking his left fist in its mouth and lacerating his forehead. Shyama didn’t know this was happening and swears he ‘didn’t feel a thing’ being carried along by adrenaline. By this time the leopard had been tranquillised but it took a few minutes for the drug to work. Thankfully Shyama’s colleagues were able to pull the leopard away as it slumped unconscious into the bottom of the boat which they paddled back to the shore. The leopard was then taken to the veterinary department for checking and Shyama was rushed to A&E. 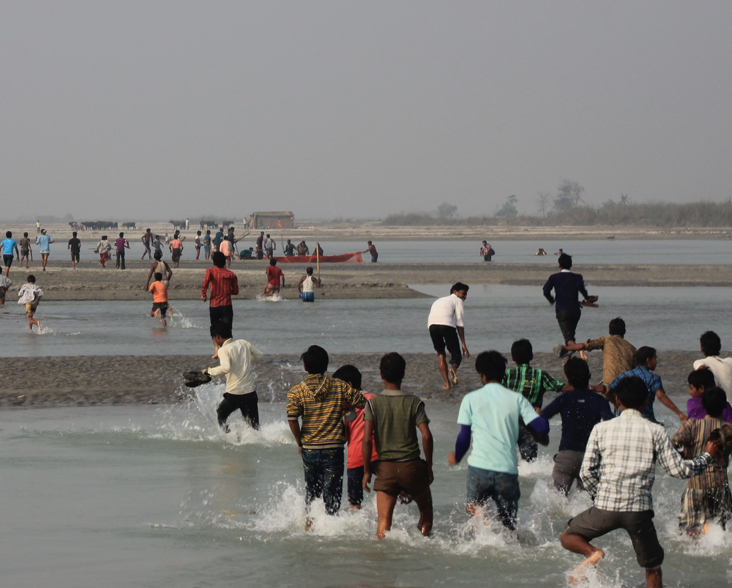 His injuries were pretty serious, and he was in hospital for several weeks. He was lucky that his eyesight wasn’t impaired by scars still present on his face and forehead, not to mention his hand, are testament to a life-threatening attack.

The leopard was fine and released into Gorumara National Park in the Dooras forests in the foothills of the Himalayas.