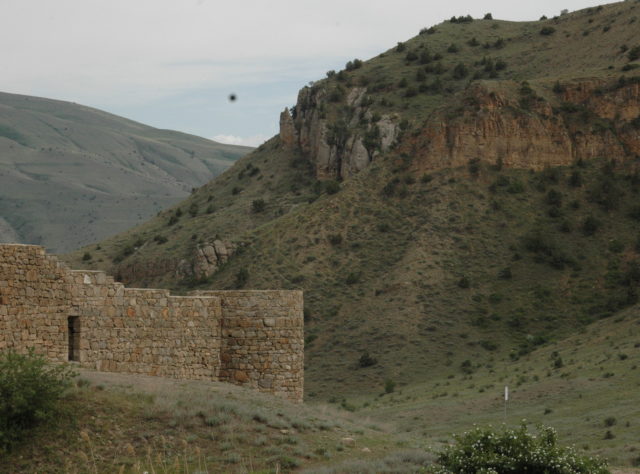 As you may have read in the news recently, Armenia went through a ‘velvet’ revolution. Nikol Pashinyan became prime minister on 8 May and his agenda is to wipe out corruption. The country’s top police chief and national security adviser were fired, and the acting finance minister resigned. The change is quite remarkable, and a number of senior government officials and army officers are now awaiting trial for the widespread corruption that has blighted the country.

I visited Armenia in June and there was a tremendous sense of optimism everywhere I went. The changes to wipe out corruption have also put World Land Trust’s Armenian partner Foundation for the Preservation of Wildlife and Cultural Assets (FPWC) in a very strong position, as they have resisted numerous attempts of bribery and corruption.

Since his election Pashinyan has visited Stepanakert, the capital of the Artsakh Republic (a state with limited recognition in the South Caucasus which is internationally recognized as part of Azerbaijan). There, he called for the region’s de facto authorities to become a party in the internationally mediated talks to resolve the longstanding conflict.

During my visit I met with the Minister of Environment for Artsakh Republic, who apologised for the fact that because of all the recent activities, the President was unable to meet with me as well. They are very supportive of FPWC and warmly welcomed the potential World Land Trust involvement, in particular for our initiative to create trans-border protected areas.  They would like to sign a tripartite agreement with World Land Trust and FPWC, as we are the only international NGO that has shown interest in supporting their conservation initiatives. I can confirm that these initiatives, although only started three months ago, are very impressive. I was careful to point out that we were unlikely to be able to commit large amounts of funding.

All of this is extremely positive and opens up enormous potential for really creative and effective long-term conservation.

While I was in the FPWC office last month there was a call for them to rescue animals (a tiger and two bear cubs) seized from a Member of Parliament, who held them illegally and was being investigated for corruption.

FPWC is involved in the management of Yerevan Zoo, which formerly had an atrocious record for keeping animals in captivity.  Since FPWC took over the management it has improved a hundred-fold and acts as a rescue centre for seized animals. While I was there I appeared on State Television talking about the problems of captive bears, zoos and the potential for wildlife conservation in the country.

As always on my visits to Armenia, I met with the local Mayors of the communities where FPWC is operating. And they always give really positive feedback on the development-led activities FPWC is initiating in the rural villages, where there is a considerable degree of poverty.

By the end of 2018 I am anticipating some really important moves in the conservation of Armenia and Artsakh’s wonderful landscapes that will help conserve the many endangered species found there.