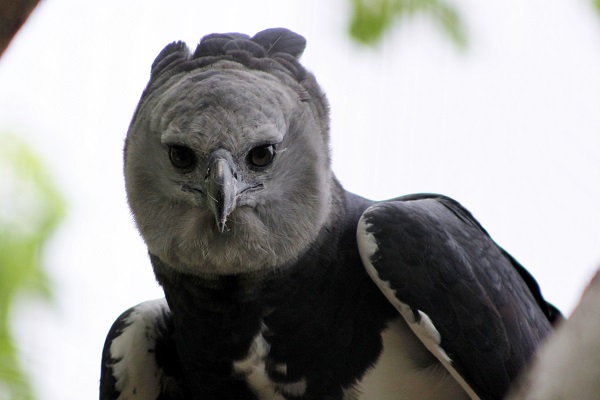 Soaring in the sky above the mountainous forests of the Amazonian Andes are a number of extraordinary birds of prey, from magnificent eagles and vultures to aerodynamic falcons, hawks and kites.

Most of the raptors found in this habitat have been suffering from the loss of forests across the South American continent, and so protecting the remaining forests from threats such as deforestation and agriculture is a high conservation priority to ensure these species remain safe in the wild. In this feature, World Land Trust (WLT) describes some of the fascinating species that live in the habitat the Amazonian Andes appeal is raising funds to protect. 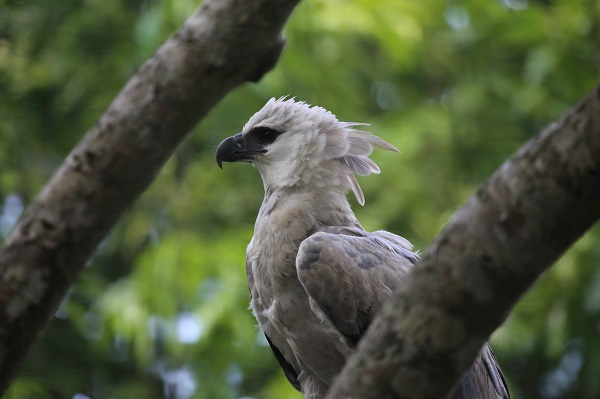 The Harpy Eagle is named after the harpies of Greek mythology, a creature with the powerful wings and talons of a bird and a human face, the personification of destructive storm winds. With a two metre wingspan and talons that can be as large as a bear’s claws, this magnificent predator is worthy of its name. They hunt medium sized animals such as monkeys and sloths, and the tropical forests of Narupa Reserve has a wide range of suitable prey species, including two species of sloth, Southern Tamandua and Saddleback Tamarin.

Another large bird of prey that lives in Narupa Reserve is the Endangered Black-and-chestnut Eagle, which also preys on small to medium arboreal mammals from squirrels to monkeys. Protecting the mountainous forests of the Amazonian Andes is an important action for the conservation of this species, as habitat loss is one of the main causes of its decline and most of its current range is on the eastern (Amazonian) slopes of the Andes. 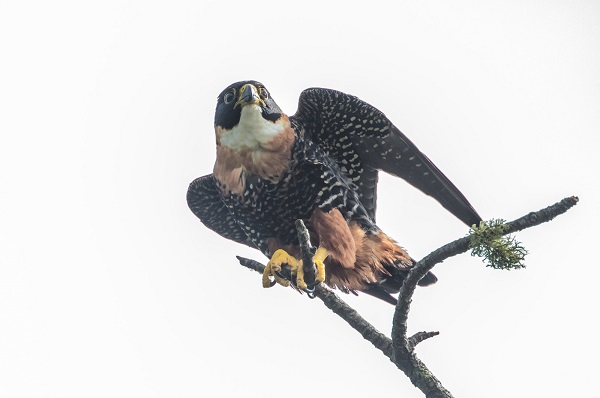 The Orange-breasted Falcon is classified as Near Threatened by the IUCN Red List as the population has declined across its range in Latin America, with most current observations occurring in well-established nesting locations, such as the nest in Narupa Reserve, which is the only known nest in Ecuador. Its size, prey type and ability to catch prey in flight have led to comparisons with the Peregrine Falcon, though it is most commonly mistaken with the Bat Falcon. 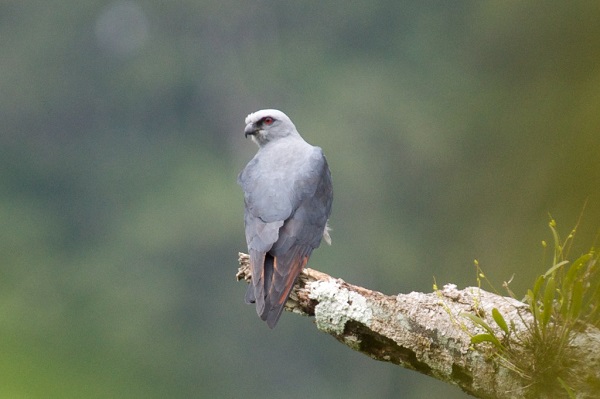 Named for its slate grey plumage, this attractive raptor also has distinctive white barring on its tail and flashes of red appear on its wings as it flies. As well as catching insects on the wing with their feet, they will also hunt from perches and have also been observed following a troop of Buffy-headed Marmosets and feeding on the cicadas flushed out from their foraging. 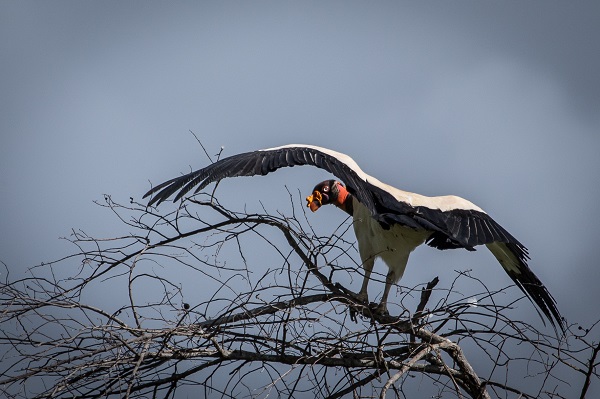 The King Vulture’s large size (wingspan up to two metres) means that it is second only to the condors in the New World vultures, and its size, as well as its distinctive black and white wings make it easy to identify. In close proximity, it is a remarkable looking bird with orange, yellow and purple colouration on its neck and crown, with an orange wattle above its beak called a caruncle. Although they are not of conservation concern due to their large range, their population is decreasing due to ongoing habitat destruction.

In Spring 2018, supporters of World Land Trust’s Amazonian Andes appeal raised £165,000 for the purchase and protection of 400 acres, saving this important habitat from a road that would have been built between our partner’s existing reserve and neighbouring protected areas, isolating the populations of important species such as those above.