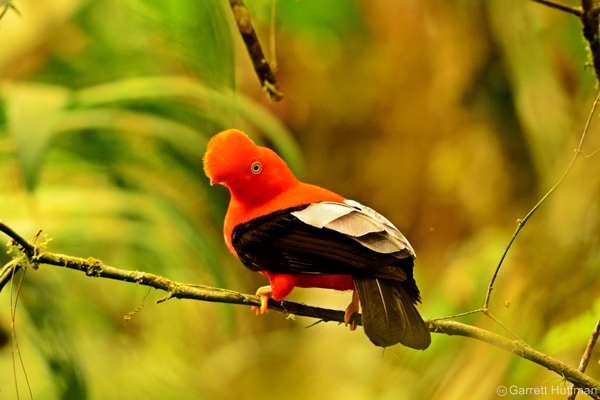 Update 12/06/2018: The Amazonian Andes appeal is now complete! The funds sent to our local partner, Fundación Jocotoco, have already been used to purchase two available areas, totalling 263 acres so far.

World Land Trust’s latest appeal to protect 400 acres of endangered tropical forest in the Amazonian Andes of Ecuador has now raised more than £150,000 of the £165,000 target.

Thanks to the fast responses from supporters donating to save this habitat, we have already sent funds to our local partner Fundación Jocotoco for an instant purchase of 175 acres in the area.

“Being able to send funds quickly has been vital for this project to prevent the imminent threat of a road being built. The road would cause deforestation in a wildlife corridor between Jocotoco’s existing Narupa Reserve, and two national protected areas higher in the mountains, Antisana Ecological Reserve and Sumaco Galeras National Park,” says Michaël Moens, Conservation Director at Fundación Jocotoco.

“We would like to thank everyone who has been supporting this appeal so far,” adds Dan Bradbury, Director of Communications and Development at World Land Trust. “We are very close to raising the target of £165,000 now, which means we will be able to save around another 225 acres, putting more of this forest and its incredible wildlife under Fundación Jocotoco’s protection.”

The tropical forest habitat in and around Narupa Reserve is home to many threatened species, including Endangered frogs, resident and migrating birds, and large mammals such as Lowland Tapir and Neotropical Otter.

Our partner Fundación Jocotoco has been saving species by creating wildlife reserves in Ecuador since 1998, and now have a total of 50,000 acres in 12 reserves under their permanent protection. For a first-hand account of Jocotoco’s important work, read this guest blogpost by Dominic Mitchell, Managing Editor of Birdwatch magazine and BirdGuides.com, who was recently inspired by the organisation when visiting their reserves in Ecuador. 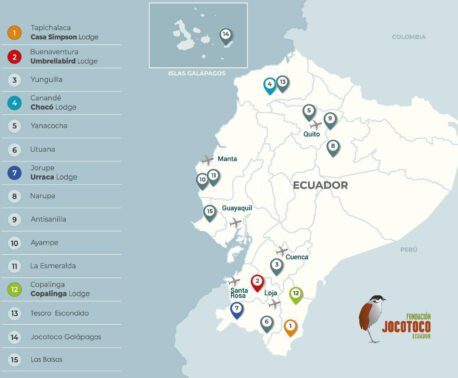