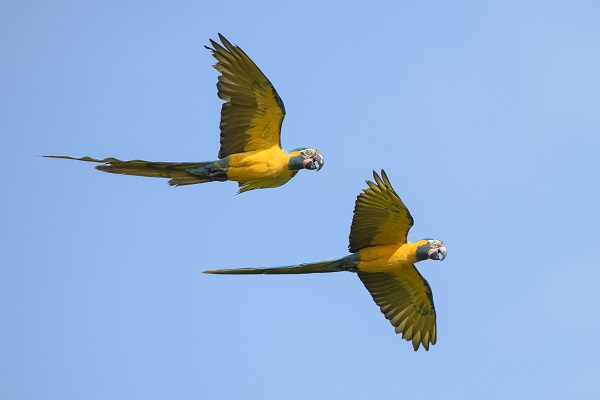 155 Blue-throated Macaws have been seen roosting together in the largest ever recorded sighting of the Critically Endangered species in Barba Azul Nature Reserve, Bolivia.

The sight was recorded by Tjalle Boorsma, the Barba Azul Nature Reserve Coordinator, who says “The birds came in to the roost in flocks of 15-20 individuals. Soon I realized this was the highest ever sighting of Blue-throated Macaws.”

Barba Azul Nature Reserve (meaning ‘Blue Beard’ in Spanish, after the blue throats of the emblematic species) was established in 2008 to protect the Beni Savanna habitat crucial to the remaining Blue-throated Macaws, which are classified as Critically Endangered on the IUCN Red List. 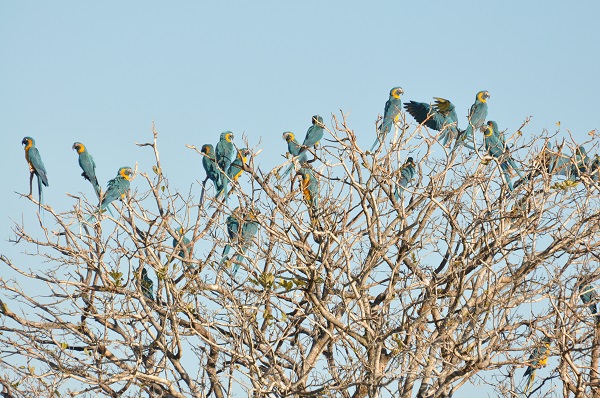 The conservation efforts regarding this species have gone from strength to strength. World Land Trust’s Bolivian partner Asociación Armonía have been engaged in habitat conservation, restoration and nest box programmes to help the species recover in the wild.

The Barba Azul Nature Reserve now protects around 27,000 acres; WLT’s partner has planted more than 700 Motacu Palms (a key food resource) and 71 fledglings have been successfully raised in their nest boxes. 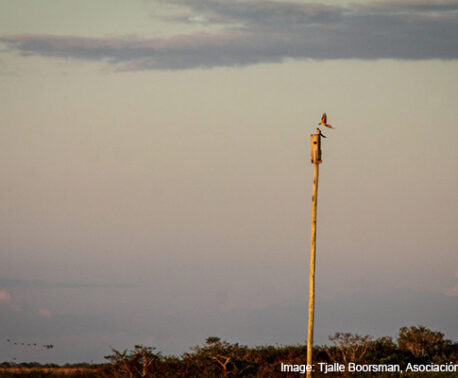 While Blue-throated Macaw numbers are steadily rising thanks to the efforts made by Asociación Armonía, our partner are looking at every trick of the trade to improve the housing market for this Endangered macaw. 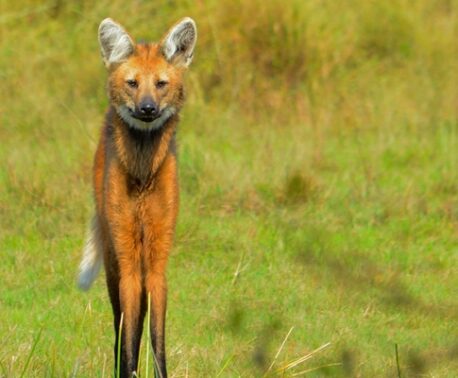