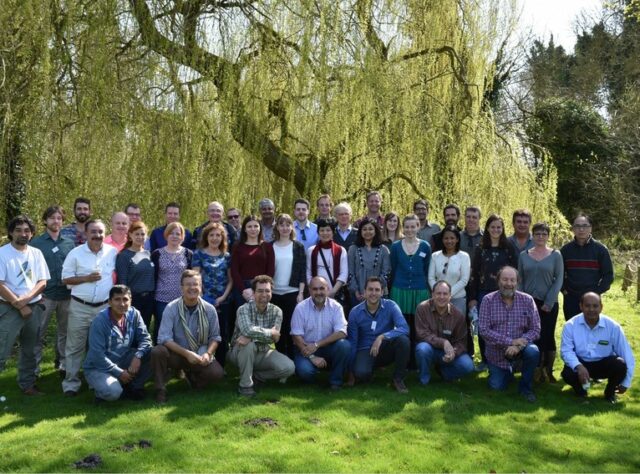 Conservationists from 20 countries from around the world came together for World Land Trust’s (WLT) biennial symposium for its conservation partners to exchange ideas and experiences in Thetford, Suffolk.

The WLT symposia are composed of the organisations partnered with WLT and IUCN National Committee of the Netherlands (IUCN NL), and is a key opportunity for organisations to discuss collaboration as well as exchange skills and ideas.

Topics covered by the discussions and workshops, hosted by the British Trust of Ornithology’s (BTO) headquarters in Thetford, Norfolk, included succession and financial sustainability, monitoring species and habitats, working with local communities and governments, and communicating with donors.

An alliance for conservation

The symposium was attended by many of WLT’s longstanding partners, such as Programme for Belize, Fundacion Biodiversidad Argentina and Guyra Paraguay, as well as new partner organisations from Bolivia and Colombia.

Fernando Arbeláez, President of Fundacion Biodiversa Colombia (FBC), says “I can only say that I had never met so many amazing people doing amazing conservation work around the world. WLT has really succeeded in creating a strong and warm global conservation family, and we [FBC] could not be prouder to be a part of it. ”

The symposium was an excellent opportunity for WLT’s Director of Conservation, Richard Cuthbert, who began working for WLT in January 2018, to establish relationships with WLT’s international conservation partners. Richard says, “The impact of WLT and its conservation partners depends critically on the open sharing of our successes and failures. Being able to meet and interact with all the partner’s last week was invaluable for me, as well as being able to witness and enjoy the friendships and respect that underpins the WLT alliance.”