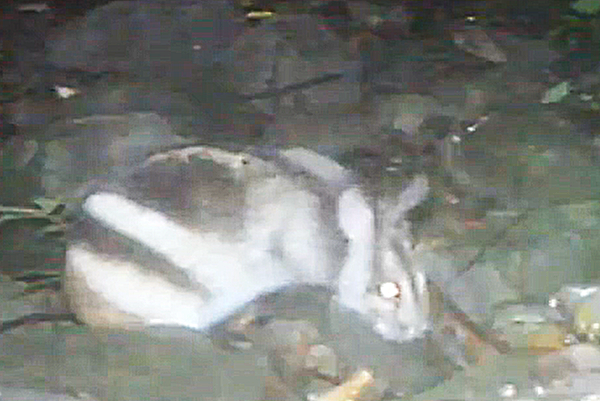 The last notable sighting of this rabbit was in 2015, when a Masters student from the University of East Anglia (UEA) embarking on a three month study of the species saw, held and photographed it.

It is so elusive that motion sensitive trail cameras are one of the only effective ways of studying its behaviour, and one of the ways DNA samples have been collected is extracting blood from leeches, which are common in the Annamite Forest habitat.

“Most of the information we know about them has come from camera traps, so-called bycatch, from people looking for other ‘sexy’ rare animals in the area such as the Saola”
Dr Diana Bell, UEA

Dr Diana Bell, WLT Ambassador and Conservation Biologist at the UEA, tells WLT that research on this species has been limited by the inaccessibility of the habitat, “It is a very difficult place to work in terms of doing research. It is very steep, with slippery slopes, and this is probably why it took so long to be discovered. The first ones found were discovered at a meat market in Laos by Robert Timmins, who knew there were striped rabbits in Sumatra and doubted that these could have got to this remote location in Lao PDR.

“Since then most of the information we know about them has come from camera traps, so-called bycatch, from people looking for other ‘sexy’ rare animals in the area such as the Saola. The focus has not, unfortunately, been on the rabbit, so the cameras aren’t put in the best places to see them, and might not even be set at the right height for rabbits.”

Diana suggests this is why the IUCN Red List classification of the rabbit is still Data Deficient, despite a recommendation to classify it as Critically Endangered in 2001, which she thinks would still be accurate. “I would say that both species of striped rabbit (Annamite and Sumatran) are Critically Endangered because of their limited range, habitat loss and overhunting  through indiscriminate snaring which affects almost anything that moves in those areas.”

However, Diana thinks that the difficulties facing researchers may be beneficial for the rabbit’s conservation, as “If scientists can’t get to it, that might mean less poachers do as well.” Moving forward, to get a better picture of the status and ecology of the Annamite Striped Rabbit, Diana says “The approaches have to be camera traps and radio collaring, but due to the shape of the habitat (steep, mountainous valleys), it would have to be really sophisticated equipment.

“It is one of the many lagomorphs that we know next to nothing about in terms of its ecology, like the Hispid Hare of Nepal and Northern India, which is also primarily threatened by destruction of habitat.”

However, trail camera records of the species such as the recent footage from Khe Nuoc Trong above is a good sign that projects such as this are successfully ensuring the habitat is conserved for rare and endangered species. 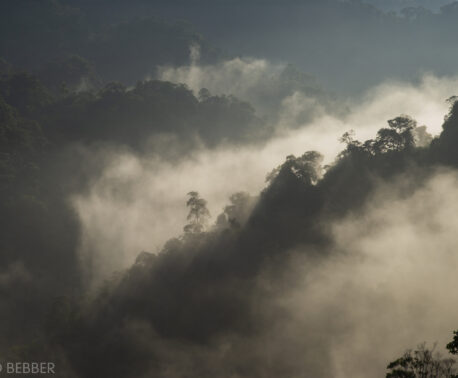