Are birds the most romantic animals? SEARCH NEWS Many species of birds practice monogamy in some form or other. They perform dances, present each other with gifts, often care for their offspring together, and sometimes even mate for life. Are birds the most romantic of all animals? World Land Trust (WLT) indulges in a little anthropomorphism and examines four types of bird ‘relationship’ so you can decide for yourself. 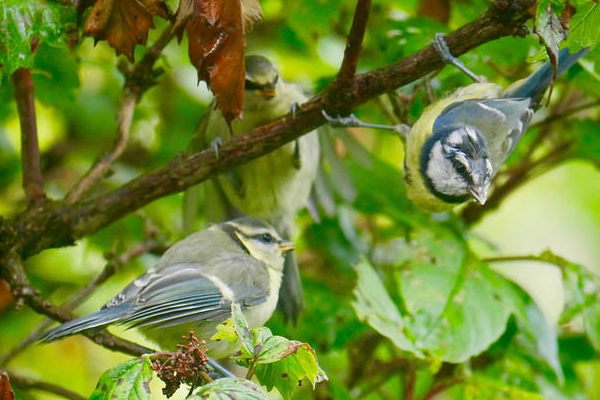 In many habitats, resources such as food and nesting locations are limited for birds. This means that in order for their nestlings to survive, parents have to work together to raise their offspring. However, despite their working together, paternity tests conducted on clutches from so-called ‘socially monogamous’ species such as Blue Tits have revealed that it is not as strict as the term implies. 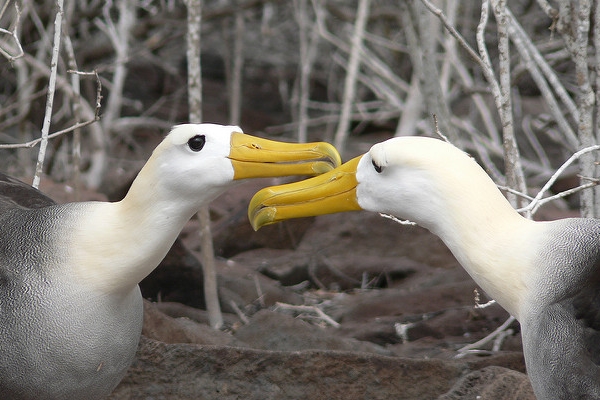 Some species take monogamy one step further and will mate for life. By returning to the same nesting location and pairing up with the same mate from last year, birds save time during the breeding season that would otherwise be spent on the courtship process. However, that does not mean it is any less romantic- albatross will perform special dances together to celebrate their reunion and tap their beaks together (a behaviour called clacking, but is essentially kissing with beaks). Swipe left, swipe right. It may not be exactly what they are thinking, but the concept is the same. The fantastic colours and dancing displays of birds such as the birds of paradise have evolved due to the strange tastes of female birds. Why does the peacock have a cumbersomely large, flashy tail? Because that’s the only way to gain a peahen’s attention.

The lekking arena: choosing on the dancefloor Black wings out, white tail aquiver, red wattles are engorged… and the posturing begins. Male Black Grouse circle each other like boxers in their ‘arenas’, filling the air with a burbling musical hum and the occasional cry. They are watched by the females, camouflaged on the sidelines. The male who puts on the best performance wins the central position in the arena and the hens flock to him like a feathery rockstar.

The competition for female attention is the source of much of the stunning colours and fascinating behaviour seen in the world of birds. In places such as Caribbean Guatemala and the Atlantic Forest of Brazil, the colourful bird diversity brings in tourists seeking to see and hear these feathered bachelors in their wild environments, and the development of eco-tourism in these areas in turn creates local employment and sustainable futures for conservation projects.

But if you are not able to travel far, there are plenty of birding wonders to be seen in the UK. Black Grouse leks as described above can be found in the Cairngorms of Scotland, and you can observe the dedicated parental care of ‘socially monogamous’ blue tit couples from your own back garden. You could even visit WLT’s only UK reserve if you are based near Gloucestershire. Find out more about Kites Hill »