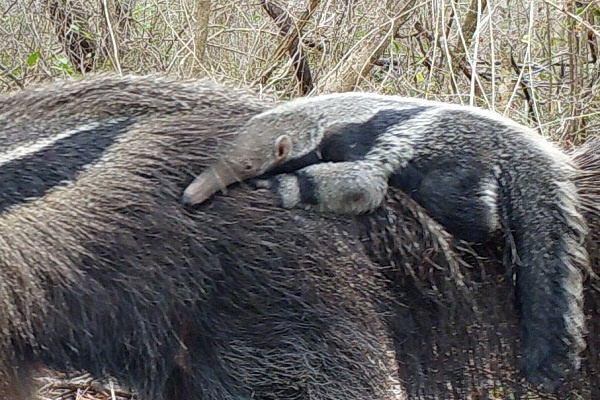 What can a trail camera tell us? Fastened to the trunks of trees lining well-trodden animal pathways, they offer a glimpse into the unseen lives of animals in the wild.

Trail cameras are a valuable tool for wildlife conservationists and researchers. In a recent update from WLT’s partner Guyra Paraguay, images from the trail cameras give an insight into mammal life and behaviour in Tobich Reserve, 11,725 acres (4,745 hectares) of rich Chaco grassland and Pantanal wetland in Paraguay. 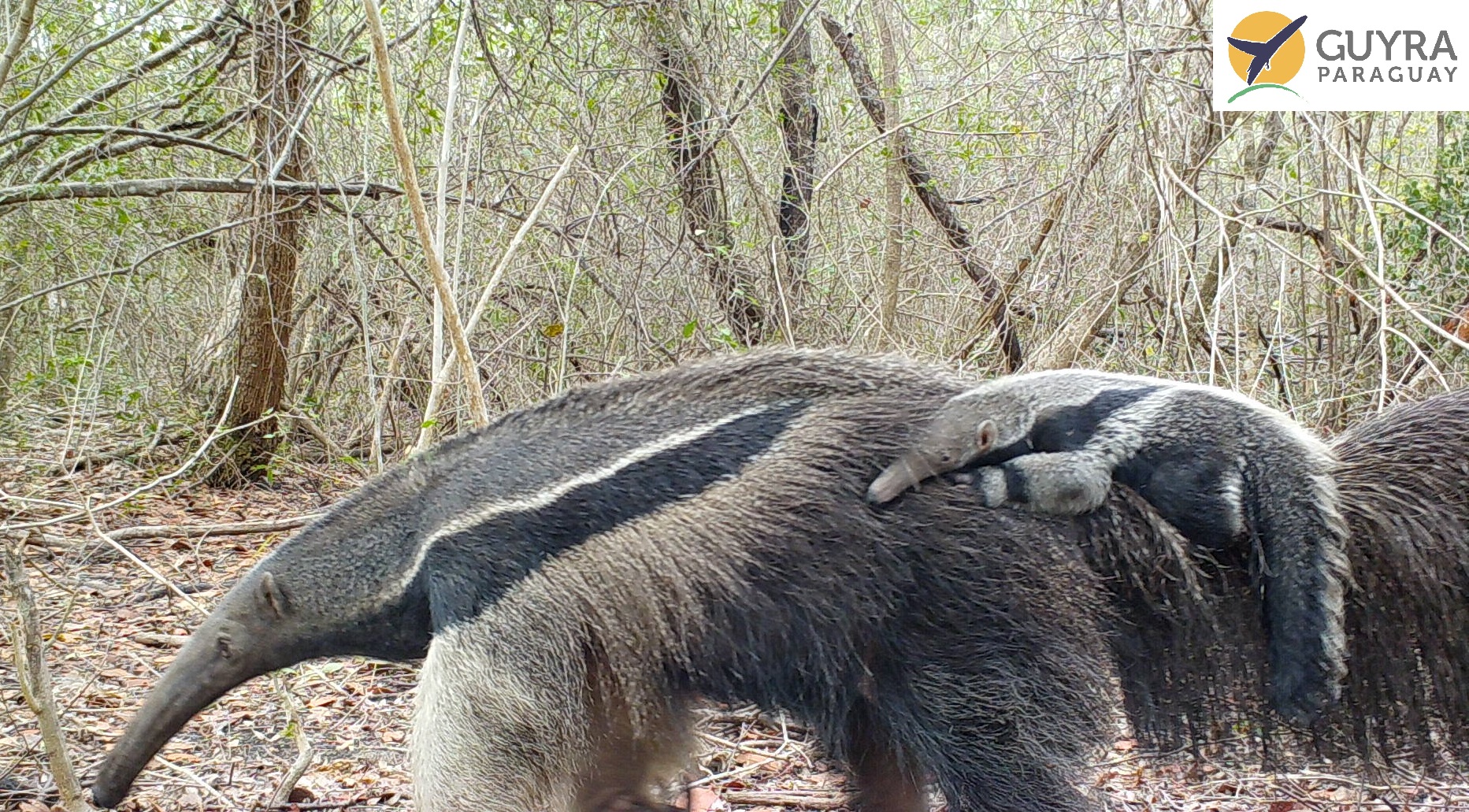 Giant Anteaters are the largest of the anteater family, and with the exception of mother and young pairings, such as that shown in the trail camera image, are usually solitary. Young are born after a six month gestation period with a full coat of hair, adult markings and are capable of clinging to their mother’s back straightaway. The mother will carry the baby on her back until it is almost half her size (six to nine months) and it becomes independent after about two years. 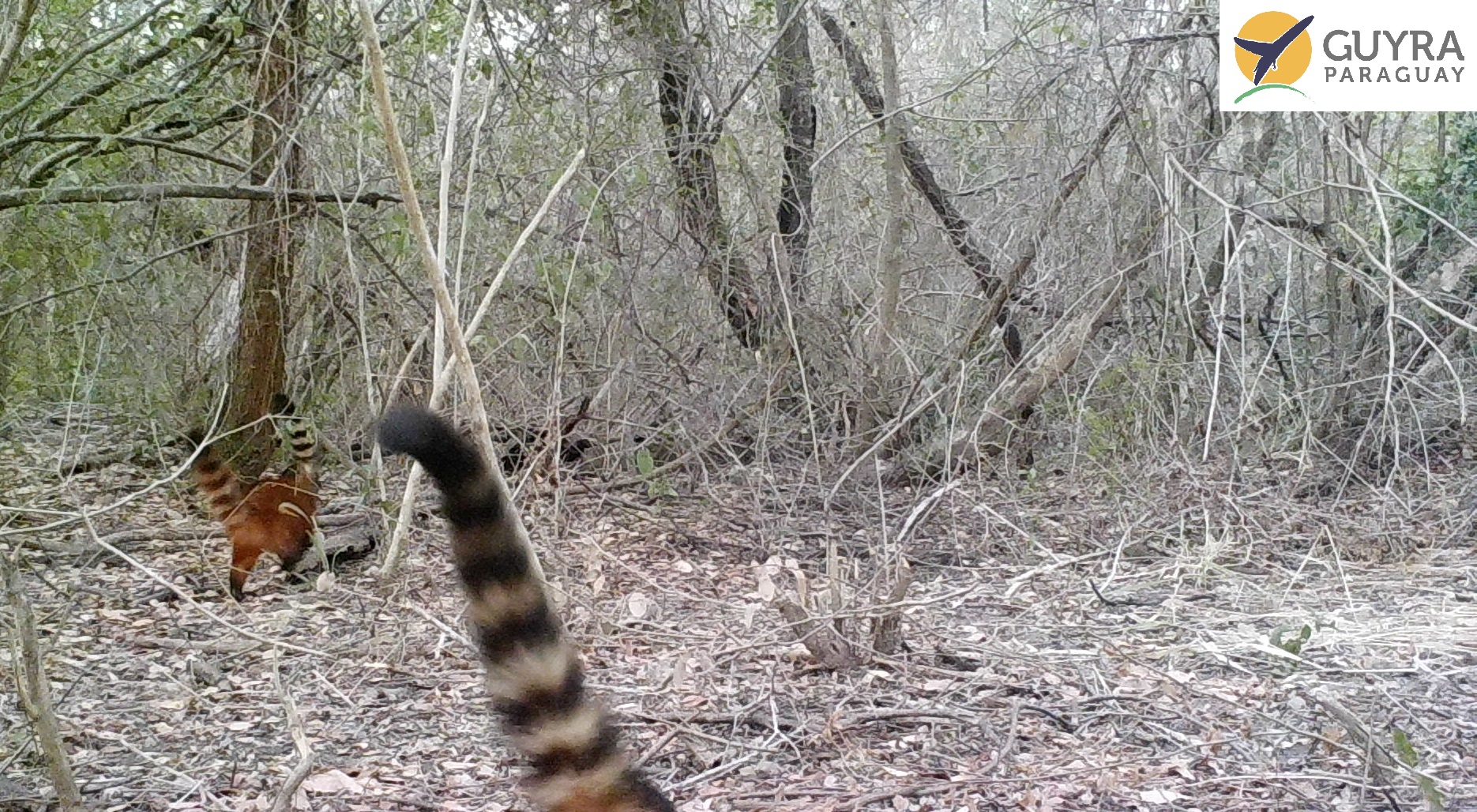 Coatimundis, or coatis, hold their ringed tails erect because they travel in groups and it is easy to lose each other in the high vegetation of their habitat, such as the Chaco grasslands. The tails are used for balance (when coatis are standing on their hind legs or climbing) but can also be used for signalling during social interactions to show alarm, aggression or interest. 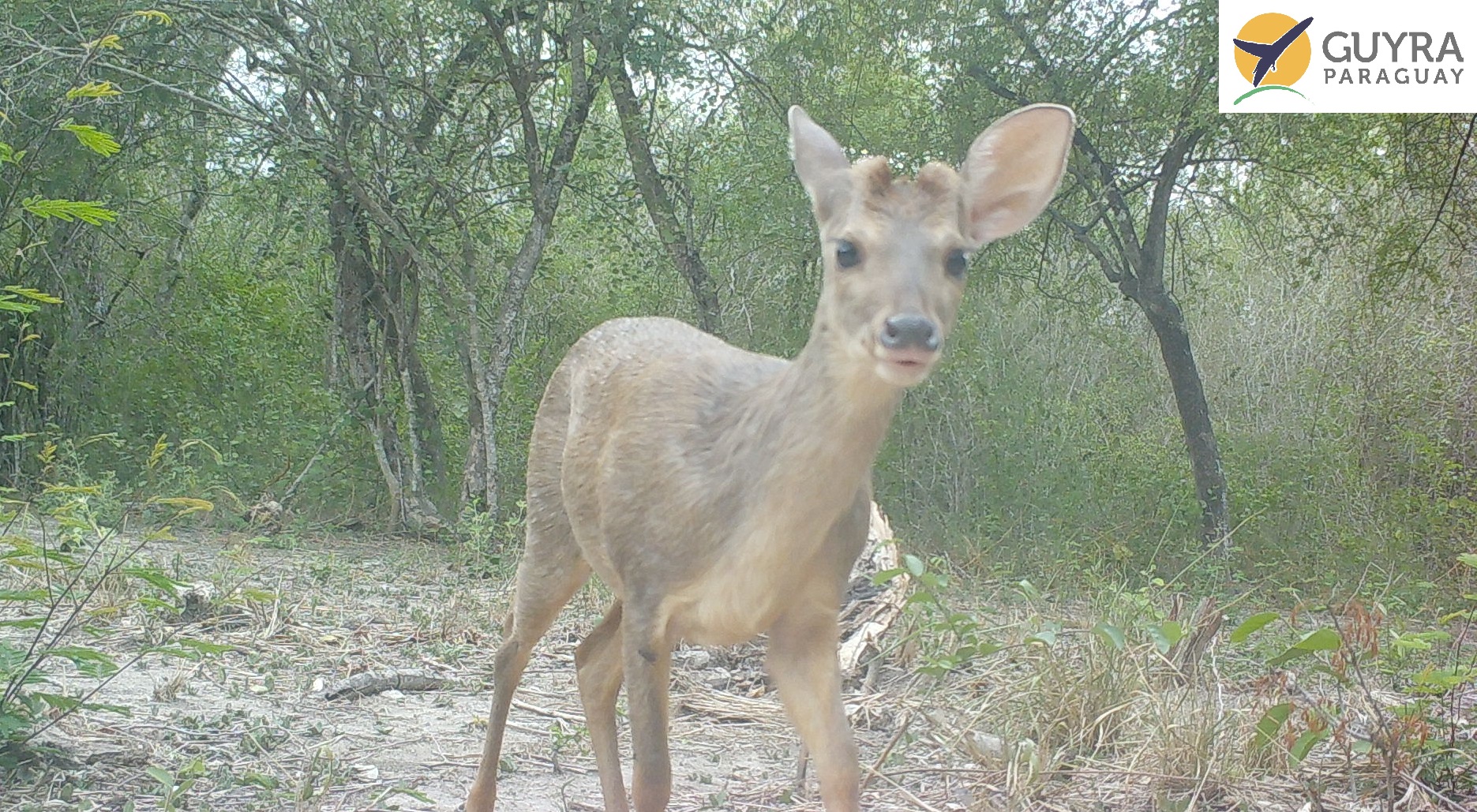 Gray Brocket Deer are a common prey species for predators such as Ocelots, Jaguars, Pumas and large raptors across their range. Their behaviour has adapted to increase their chances of survival: preferring thick brush habitat during the day, only feeding in open spaces at night, and being highly vigilant of their surroundings.

This vigilance can be seen in the trail camera image, as the young deer approaches the camera, inspecting it by sight, sound and smell. Although trail cameras try to be as discrete as possible so they do not disturb subjects, a new object on a familiar trail, with traces of human scent and faint electronic sounds will be noticed and investigated by observant animals. 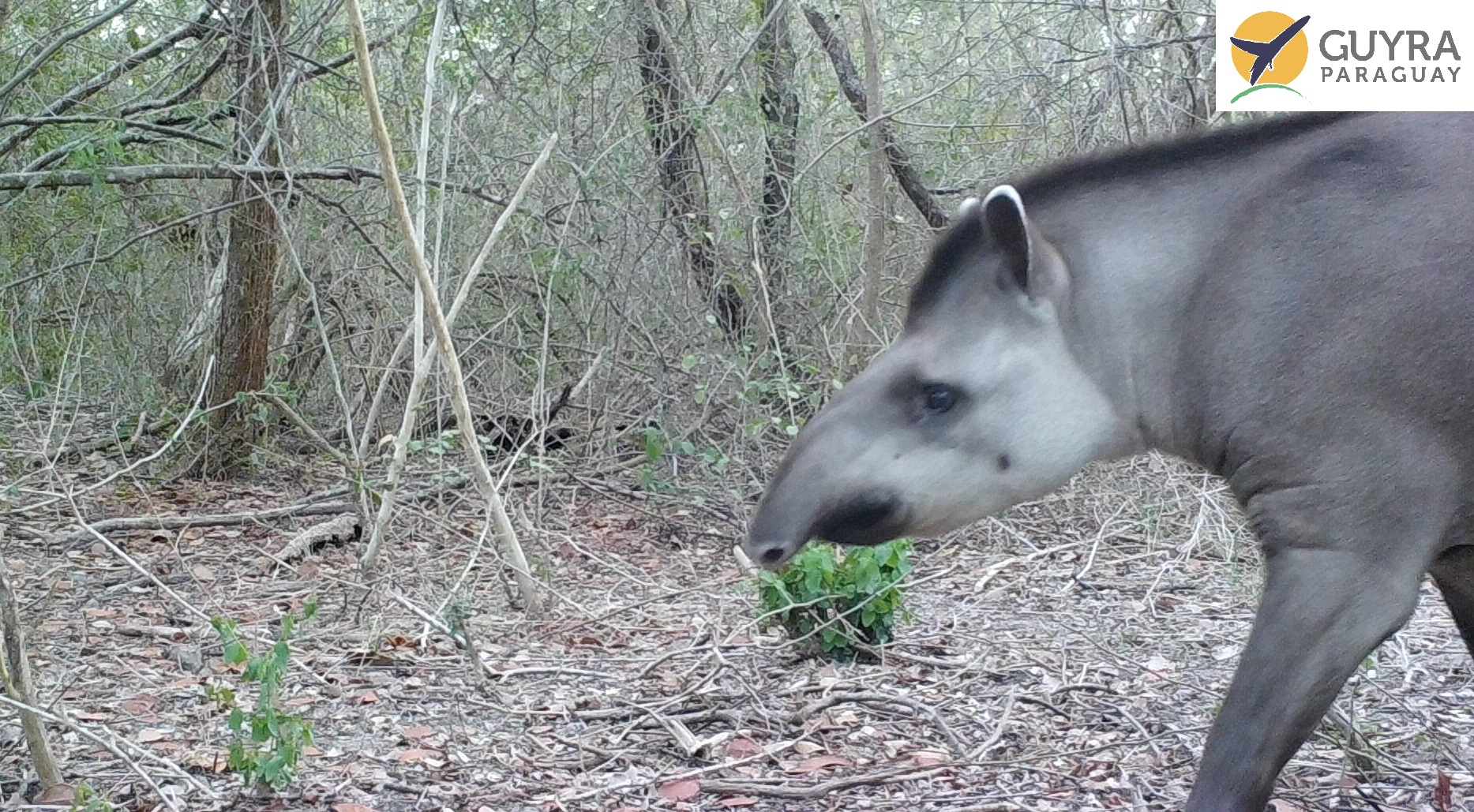 Trail cameras can provide valuable information about the territorial behaviour of a species, such as the Lowland Tapir. By comparing images taken of tapirs from the same trail camera position over time, researchers can identify individuals that may be patrolling the edge of their territories. Further information about the tapir population and their behaviour can also be gleaned by analysing tapir ‘latrines’ and using GPS tracking collars. 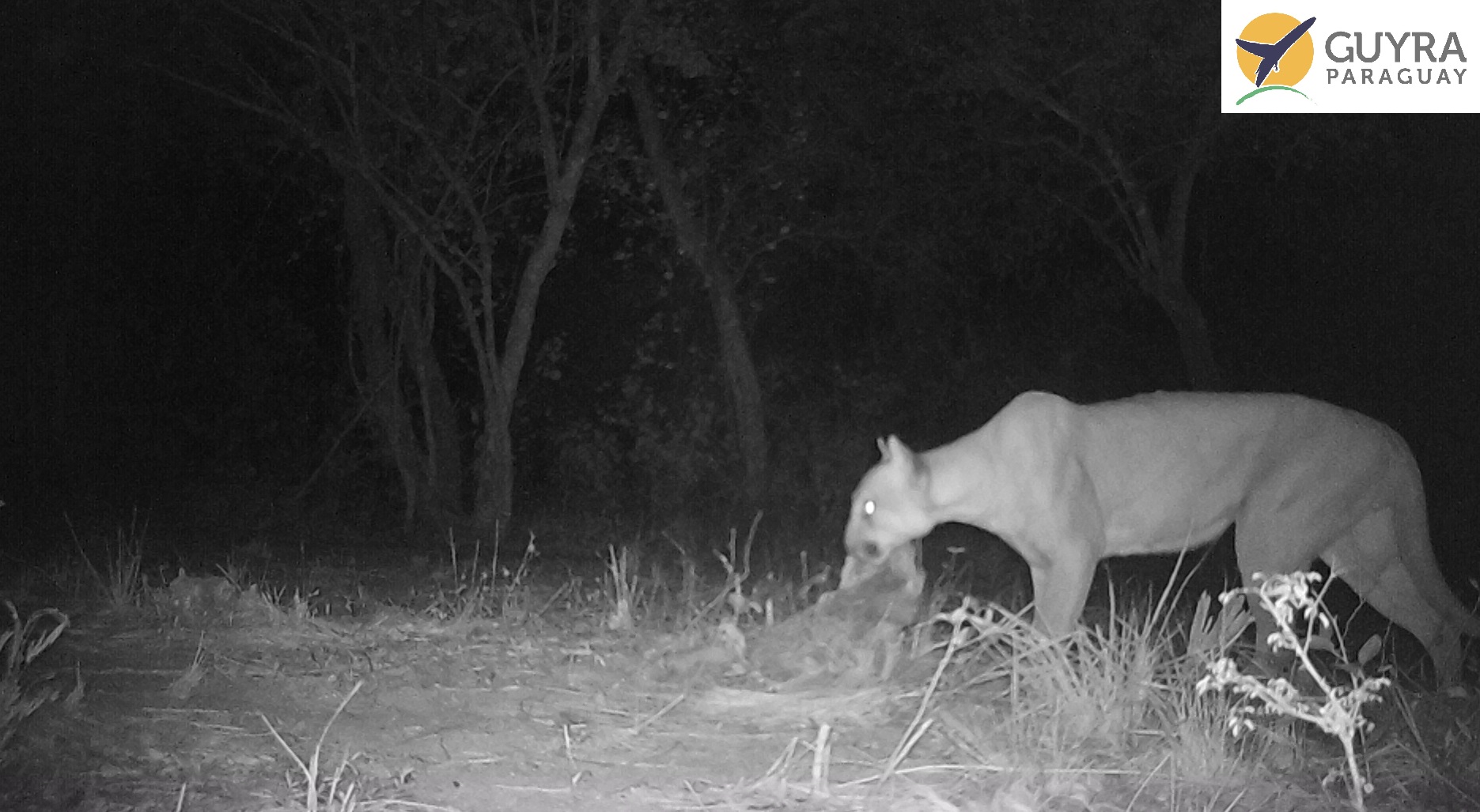 As mentioned above, populations of large mammals can be monitored by identifying individuals of a species. For mammals with markings such as tigers and jaguars, their stripes or rosettes are effectively ‘fingerprints’ which make individual identification quite easy. However, for species such as the Lowland Tapir or pictured Puma with more subtle markings, it is more difficult.

Markers which can help identify pumas in a survey include kinked tails, scars, ‘nicks’ on their ears, tail-tip colouration, undercoat spot patterns and body shape. For more comprehensive studies, footprint and scat analysis can be used as other non-invasive methods of identifying individuals (the latter can also provide information about a puma’s sex and age).