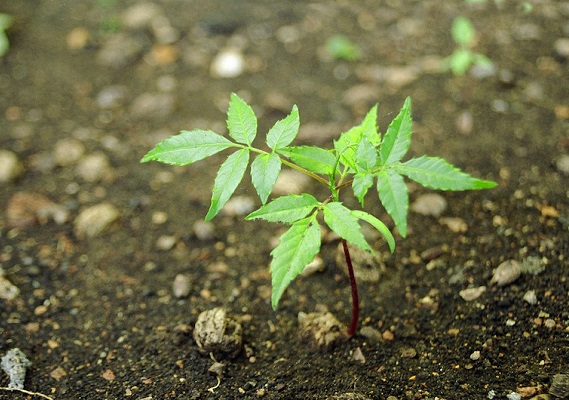 Following the achievements of a nine-year forest restoration programme in Ecuador, Eric Horstman, Executive Director of World Land Trust (WLT) partner Fundación Pro-Bosque, has authored two papers detailing how the project was carried out, and what made it successful.

The dry forests of Ecuador are approximately half of what they once were. This habitat, characterised by drought-tolerant deciduous trees and limited rainfall, once covered about 28,000km² of western Ecuador and was an important habitat for Ecuadorian wildlife, particularly endangered birds. However, starting with deforestation for hardwoods in the 1700s, then large scale conversion to cattle pastures in the 1960s, these forests have been disappearing.

“Much of the dry tropical forest in and around the city of Guayaquil has been either cut down or degraded due to urban expansion and forest fires,” Eric told WLT.

In addition to the land clearance, one of the major threats to this habitat has been fires. This ecosystem is particularly vulnerable during droughts, when accidental fires from adjacent agricultural and pasturelands can cross into the forests. As fires can regenerate the forest, the role of forest management is not always to prevent fires, but to control them and be able to extinguish them if necessary.

“Much of the dry tropical forest… has been either cut down or degraded due to urban expansion and forest fires”
Eric Horstman, Fundación Pro-Bosque

The other problem facing this habitat has been lack of seed sources and seed dispersers, as many trees are isolated in pastures or forest fragments. Intensive planting, such as that carried out by Pro-Bosque, is one way to counter this and help the trees re-establish larger areas of the dry forests.

The ‘dryness’ of the forests is attributed to the Humboldt ocean current offshore and the Andes Mountain Range, which blocks the passage of rainfall from the Amazon Basin. As a result, the water supplies of the communities in and around Guayaquil are limited, and the forest ecosystem has a valuable role to play in providing clean water through artesian springs and the garua (fog drip).

A study of the economic value of the environmental services provided by the Cerro Blanco Protected Forest, a reserve of around 15,000 acres (6,000 hectares) just outside Guayaquil, calculated that the services amount to US$103,766,800. This figure includes the available water as well as carbon capture and tourism.

Nine sites were selected for the restoration project, which covered a total of 1,600 acres (640 hectares) with approximately 1,000 trees per hectare. One of the main aims of the project was to identify the best native species for dry forest restoration relating to growth rate and survival.

“When we began working in dry tropical forest restoration in Cerro Blanco, little information existed in the literature on similar efforts,” said Eric. “One of our mentors has been Dr Dan Janzen who shared his work in dry forest restoration in Costa Rica.  Now with the publication of our article in the Journal of Sustainable Forestry we are sharing our experience to a much wider audience.”

Pro Bosque has already begun new projects to continue reforestation around Guayaquil, Eric adds. “Based on our experience in Cerro Blanco, we are working through a contractor of the Municipality of Guayaquil to carry out dry tropical forest restoration in two other protected forests in and near the city of Guayaquil. We have also been approached by several private landowners for help in setting up their own restoration projects.”

WLT began supporting the reforestation at Cerro Blanco in 2007, and have continued this support until the present day, as well as supporting land purchases to extend Cerro Blanco through the Action Fund and the salary of ranger Armando Manzaba through Keepers of the Wild.

The papers on this project by Eric Horstman can be read here:

Horstman, E. (2017). Establishing a Private Protected Area in Ecuador: Lessons learned in the management of Cerro Blanco Protected Forest in the city of Guayaquil. Case Studies in the Environment. At a gala dedicated to celebrating the successes of environment projects across Latin America, World Land Trust (WLT) conservation partner …