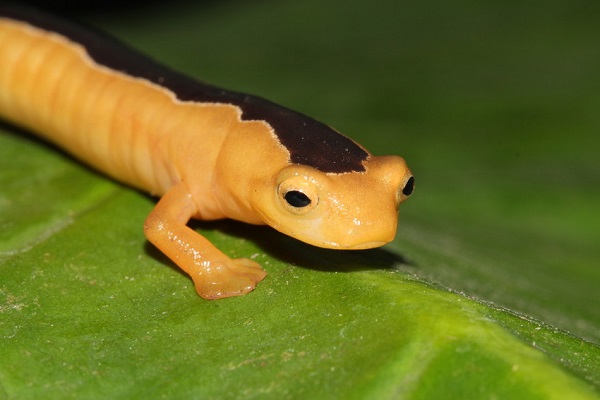 In 1975, a black and gold salamander species was discovered by conservationists in the north region of the Western Highlands of Guatemala. It was named the Jackson’s Climbing Salamander (Bolitoglossa jacksoni), referred to as the ‘golden wonder’ and then promptly disappeared, not to be seen by human eyes again for 42 years.

It was not for lack of trying. Carlos Vásquez Almazán, coordinator of the Amphibian Conservation Program at the Foundation for Eco-development and Conservation (FUNDAECO), has been leading national efforts to re-survey amphibians in Guatemala’s wild habitats for the past nine years. Rediscovering the elusive and beautiful Jackson’s Climbing Salamander was high on his list.

“We had started to fear that the species was gone,” said Carlos, “and now it’s like it has come back from extinction.” Carlos had delivered various workshops with the rangers who patrolled the Finca San Isidro Amphibian Reserve (also known as Yal Unin Yul Witz Protected Nature Reserve) about how to survey for amphibians and how to identify key species, especially the ‘golden wonder’.

However, last month Ranger Tomás Ramos León had been tasked with monitoring the perimeter of the reserve, and took the opportunity to search the area for amphibians as he had been trained in the survey workshops.

“We had started to fear that the species was gone, and now it’s like it has come back front extinction ”
Carlos Vásquez Almazán, FUNDAECO

He found the salamander underneath some leaf litter, and told World Land Trust (WLT), “I had no doubts that it was the Bolitoglossa jacksoni, recognising its striking colours instantly.” He photographed it and sent the photos via WhatsApp to Carlos, who confirmed that it was the third sighting of this incredibly rare species.

“I had always dreamed about finding this salamander,” Tomás added. “I have found rare salamanders, frogs, toads and snakes before, but this was very different because it was believed to be extinct- it is of interest to the world.”

This rediscovery has come only months after a campaign to find “25 most wanted lost species” was launched by US conservation charity Global Wildlife Conservation (GWC), featuring the Jackson’s Climbing Salamander as one of the species that had not been seen for years and was feared extinct.

“It’s a beautiful story, and marks a promised future for the conservation of this special region,” said Carlos. He hopes that the rediscovery will show the importance of conserving Guatemala’s rich forests, and that now further surveys to establish the species range and numbers will be carried out.

FUNDAECO established the Finca San Isidro Amphibian Reserve in 2015 with support from World Land Trust (WLT). Protecting this area from deforestation was of high importance partly due to the Jackson’s Climbing Salamander, but also the other rare amphibian species known to the region: Long-limbed Salamander, Finca Chiblac Salamander, Black-eyed Leaf Frog and Cuchumatan Golden Toad.

This incredible story about a species rediscovery after more than 40 years shows the importance of conserving habitats to protect critically endangered species. WLT is currently working with FUNDAECO to protect another Guatemalan habitat of crucial importance to two species of Critically Endangered frog which can only be found in the Sierra Santa Cruz mountain range. 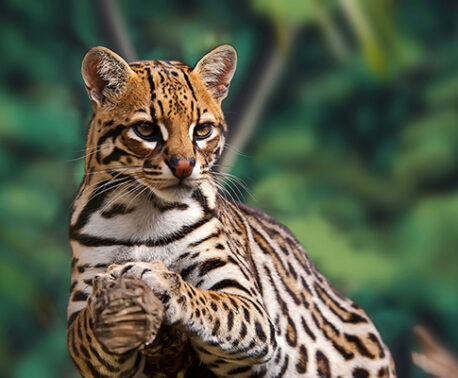 After a tremendous effort from World Land Trust (WLT) supporters, £625,000 has now been raised… 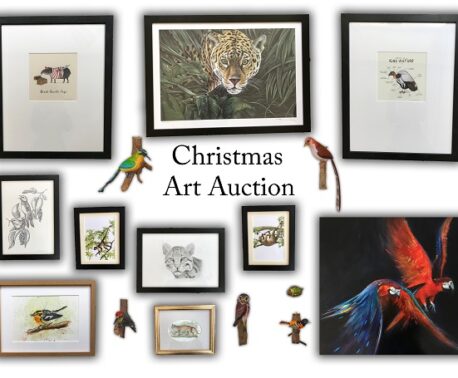 WLT’s online Christmas Art Auction is open for bids for donated pieces of artwork inspired by the Treasure Chest Appeal, …