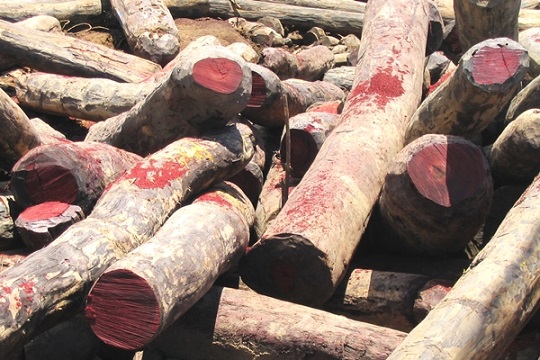 Elephant ivory, rhino horn, pangolin scales… awareness of wildlife trafficking is higher than ever. But the world’s most trafficked wild product, with its associations of organised crime and corruption across the world, is still relatively unknown.

Long overdue steps for the protection of pangolins were finally taken last year when all eight species were listed in Appendix I of the Convention on International Trade in Endangered Species of Wild Fauna and Flora (CITES), banning all trade in pangolin products across the world. But at the same conference in September last year, another momentous decision slipped past the headlines of most mainstream news sources.

The product: rosewood. A rich red wood with a dark, dense heartwood and acoustic qualities which have made it highly sought after for musical instruments and luxury ‘hongmu’ furniture in China. Last year CITES included all species of rosewood under the Dalbergia genus, African Rosewood and three Guibourtia species in Appendix II. This means there is now a legal basis for much higher control over the trade in rosewood and making sure it is not sourced illegally.

Almost all the demand for rosewood comes from China, and to a lesser extent Vietnam, for wood to carve into ‘hongmu’ furniture for the elite. Pieces carved in this rich red wood in the styles of the Qing period go for extortionate sums; one huge carved bed was recently on sale for $1million and the trade is now worth more than $2billion a year.

Not only do these high prices far overshadow the limited resources available for communities and conservation organisations to safeguard rosewood species in largely unprotected forests, but this particular trade also causes extremely high wastage. As only the straightest samples of heartwood can be used, 70-80 per cent of an imported tree will not make it into the final product, costing hundreds of felled trees for a small carved piece.

There is also a market for rosewood in Europe and the United States, primarily for use in musical instruments from guitars to marimbas and woodwinds. This particular use has benefitted the cause by attracting musical pop stars such as the band Maroon 5 and rock group Guster to campaign for the legal and sustainable harvesting of wood for musical instruments in Guatemala.

Illegal logging for rosewood is a global problem, devastating forests in Madagascar and West Africa and now causing sharp declines in wild populations further afield, much like the trades in rhino horn and elephant ivory was seen to overwhelm Asian populations before the trafficking networks migrated to target African species.

“Illicit trading networks move from species to species… and country to country with alarming ease once stocks of a certain species are exhausted, or once a country puts more rigorous regulatory protections or enforcement measures in place,” Naomi Basik Treanor, Manager of the Forest Policy, Trade and Finance program at Forest Trends, told environment news site Mongabay.

These networks are implicitly linked with corruption, organised crime and violence. In Thailand, Mongabay reports that hundreds of forest rangers, police personnel and illegal loggers have been killed during rosewood enforcement operations in recent years. In the West African country of Guinea-Bissau, army and police officers will allow banned rosewood to reach trade ports for large bribes. In Guatemala, the Chinese organised crime groups exploiting forests for rosewood join Mexican drug cartels clearing forests to build airstrips for drug transportation and Salvadoran gangs creating cattle ranches to launder drug money, all rubbing shoulders within supposedly protected areas such as the Maya Biosphere Reserve of northern Guatemala.

The relative wealth (though small compared to export prices) is high enough to tempt local people living close to the forests. These communities mainly live off subsistence farming, but will venture into the forests (which are largely unprotected and unpatrolled) and cut down rosewood trees, which they pile up in logs outside their houses waiting for a buyer.

This has been described in the Marcajam community within the mountains of Sierra Santa Cruz, the last unprotected rainforest of Caribbean Guatemala, by CONNECTAS, a news source for the Americas. CONNECTAS reported that these logs will sell for five times less than they are sold at the trade ports, and the ease of sourcing these logs and selling them on for profit means that rosewood is currently a more lucrative business for organised crime gangs in Guatemala than cocaine.

“Many of the large reserves in Guatemala are protected in name only, and there is no enforcement from local police or forest rangers to stop people from going into the forest with chainsaws to extract rosewood.”
Germánico Barrios, FUNDAECO

“We are very concerned about the effect that this is having on our forests,” Germánico Barrios, a representative from the Foundation for Eco-development and Conservation (FUNDAECO) in Guatemala, told World Land Trust (WLT). “Many of the large reserves in Guatemala are protected in name only, and there is no enforcement from local police or forest rangers to stop people from going into the forest with chainsaws to extract rosewood.”

“The new CITES declaration to control the trade of illegal rosewood is heartening, but we need more enforcement on the ground to stop these trees being logged so easily in the first place. We have been working to provide this protection for a network of rainforests from ridge to reef in Caribbean Guatemala, and are now working with World Land Trust to secure a nature reserve in the last unprotected rainforest of this region, Sierra Santa Cruz.”

Germánico explains why creating nature reserves will help prevent the illegal logging of rosewood, “Once this reserve, about 2,500 acres (1,000 hectares) or possibly more, has been created we will be able to provide a frontier to extend the protection of this forest from rosewood extraction. Part of the funding which will be raised by the Treasure Chest Appeal will go to the salaries of local rangers who will patrol the forest to deter loggers and help cut off this trade, at least in these forests, at the source.”

WLT is aiming to raise £625,000 to create the rainforest reserve in Sierra Santa Cruz and fund a team of rangers for its protection. Currently all donations to the Treasure Chest Appeal are being doubled in Big Match Fortnight (4-18 October) by match sponsors to try to raise the funds as quickly as possible.

Find out more about the Treasure Chest Appeal » 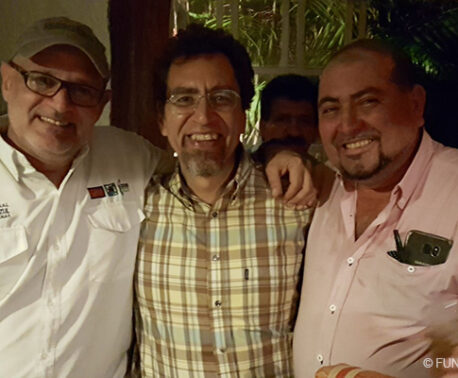 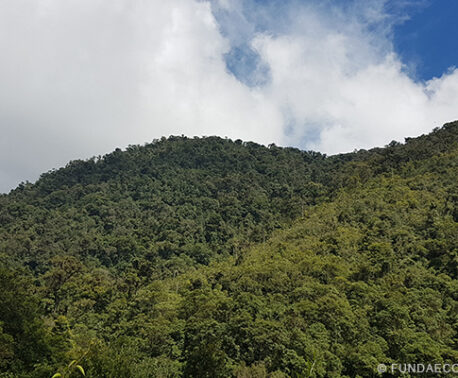