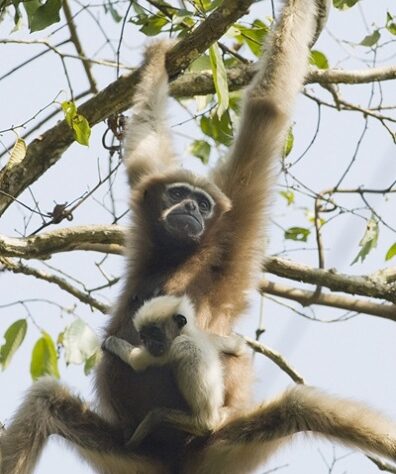 The Body Shop have announced that during the next two months, for each customer transaction the bodycare company will support the protection of one square metre of habitat in Garo Hills, India, in partnership with World Land Trust (WLT) and Wildlife Trust of India (WTI).

The Body Shop’s corporate philanthropy programme, The World Bio-Bridges Mission aims to build ten Bio-Bridges by 2020. The Body Shop has been working with several conservation organisations, such as the Orangutan Land Trust and Wildlife Conservation Society, as well as WLT to make this goal a reality.

Bio-Bridges are corridors of protected wild habitat which allow animals to pass safely between deforested and developed regions to reach large protected areas. These tracts of habitat are vital for wild populations to remain connected in fragmented landscapes such as those in the Bio-Bridge project areas in Indonesia, Malaysia and Vietnam.

Last year, The Body Shop worked with WLT and its conservation partner Viet Nature Conservation Centre to protect more than 18,500 acres (7,500 hectares) of Lowland Annamite Forest in Vietnam. Their campaign featured ‘Reggie’ the Red-shanked Douc (a brightly coloured primate classified as ‘Endangered’ by the IUCN Red List) with the tagline ‘Help Reggie Find Love’ to raise awareness of how Bio-Bridges will connect populations of endangered species.

The Garo Hills in the north-eastern Indian State of Meghalaya is an area of incredible biodiversity, with more than 3,000 species of flowering plants, 79 species of mammals and 206 of birds. Only 7.6 per cent of Meghalaya’s forests are under protection, and unprotected areas are threatened by jhum agricultural practices (slash and burn).

WTI and WLT have been working together to restore natural vegetation between West Garo Hills and Nokrek National Park and protecting existing fragments of forest between these areas as village forest reserves. This will provide connectivity for animal populations such as the Endangered Indian Elephant and Western Hoolock Gibbon between larger protected areas.

Christopher Davis, International Director of Corporate Responsibility at The Body Shop, said: “Here we have a fantastic opportunity to permanently safeguard elephant corridors and ensure the long-term survival of the Indian elephant and western hoolock gibbon, as well as the huge number of other species that call this area home.”

Bollywood Star Jacqueline Fernandez has expressed her support of The Body Shop India’s commitment to the Bio Bridge project in Garo Hills, saying “I actually feel very strongly about environmental conservation. I feel we are in such a beautiful planet and so much we can and we must do to protect biodiversity.” 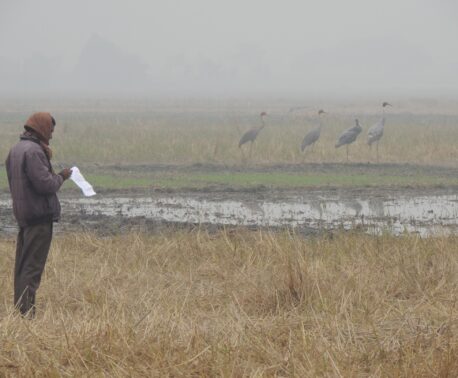