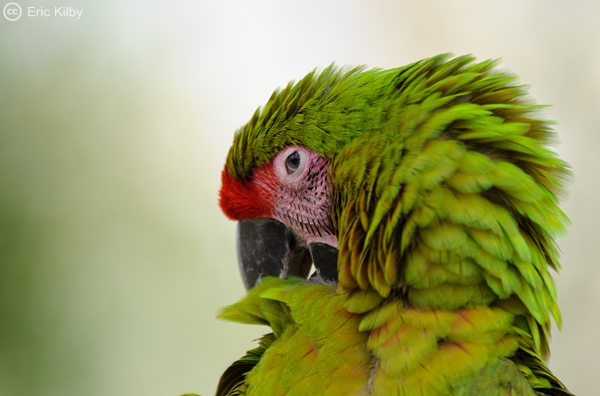 Following the release of five Great Green Macaws into the Ecuadorian Dry Forest of Cerro Blanco Protected Forest, Keeper of the Wild Armando Manzaba Saltos reports regular sightings of the birds, and even a bonded pair looking for nesting sites.

The macaw species, classified as Endangered by the IUCN Red List, is the flagship species for this reserve, representing the importance of this habitat to wildlife in this region. The main threats attributed to the decline in its wild population are urbanisation and agriculture causing high rates of deforestation in its wild habitat, as well as poaching for its meat and feathers, as well as the pet trade.

WLT’s partner Fundación Pro-Bosque has been working in partnership with the Jambeli Rescue Foundation, an organisation which has been breeding the macaws in captivity, to bolster the wild population of Cerro Blanco by releasing captive-bred individuals.

Armando, a Keeper of the Wild employed by WLT’s partner Fundación Pro-Bosque, cares for the Great Green Macaws while they are in their ‘flight cage’ within the reserve, becoming accustomed to their new environment.

Late last year, five of these individuals were released from their cage near the Jaguar Guard Station. Two of these have moved away from the station, but three are still regularly seen, and two of these appear to have pair bonded and are searching for nest sites, a promising sign for the future of these introduced birds.

Pro-Bosque are coordinating with the Jambeli Rescue Foundation to repeat the process with another group of captive-bred macaws following the success of this introduction. They are also building and installing artificial nest boxes to increase the breeding success of the wild population of macaws in the reserve.

Armando’s responsibilities as a Keeper of the Wild go beyond Pro-Bosque’s conservation programme for the Great Green Macaw. He carries out patrols of the reserve in the areas most vulnerable to poaching and illegal logging, and uses these patrols to monitor the wildlife of the reserve. In his recent patrols he has recorded Mantled Howler Monkey, White-fronted Capuchin, White-tailed Deer, Hoffman’s Two-toed Sloth, Red-masked Parakeet, Red-throated Caracara, Boa Constrictor and Pacific Horned Frog.

Help Pro-Bosque continue its important work preserving one of the last remaining Ecuadorian Dry Forests by supporting Armando’s work through Keepers of the Wild. 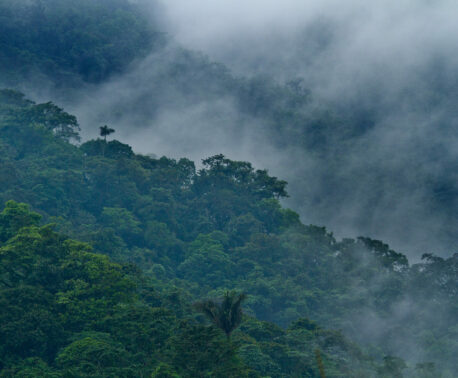