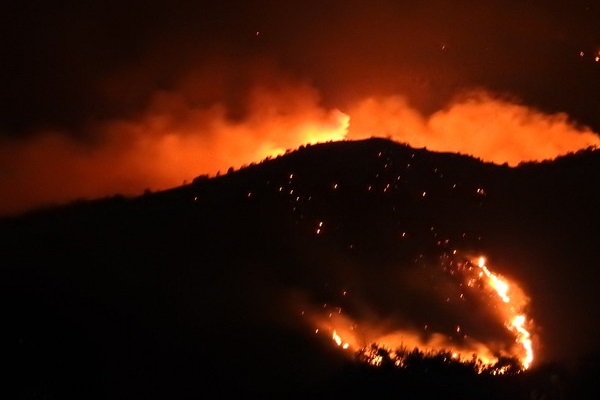 The fire that broke out on the Khosrov State Reserve in Armenia and spread to the neighbouring Caucasus Wildlife Refuge has been reported to have caused damage to more than 7,400 acres (3,000 hectares) of mountain habitat.

The fire began on August 12 and continued until August 16, when the main sources were extinguished, although the smaller sources continued to burn for a few more days. The source of the fire is still unknown, and is being investigated.

World Land Trust’s (WLT) partner in Armenia, Foundation for the Preservation of Wildlife and Cultural Assets (FPWC), have estimated that approximately 740 acres (300 hectares) was affected within the Caucasus Wildlife Refuge.

Upon hearing about the fire, WLT launched an emergency appeal, the Caucasus Fire Relief Fund, which raised more than £5,000 to aid the firefighting effort. John Burton, WLT Founder and CEO, explains why this fire was so dangerous to the habitat, “Fires on this magnitude have not been seen in living memory in the Caucasus.

“Because of this, the rangers working out there are not familiar with fighting fires in the mountainous landscape. Large parts of the Caucasus are very difficult to access, and the mountainous terrain made it difficult for the firefighting teams (including a Russian aircraft designed for aerial firefighting, Ilyushin Il-76) to suppress the fire. As this is not a fire-adapted ecosystem, without interference there was a lot of potential to do serious ecological damage.”

FPWC and US Forestry are currently assessing the ecological damage caused by the fire. One of the main concerns is the effect the fire had on the Juniper forests, which are approximately 400-500 years old and the only known nesting ground for the Cinereous Vulture in Armenia.

FPWC is also working on a plan to improve the area’s firefighting resources, so the region will be better equipped for any further natural disasters such as the Khosrov fire in the future.

WLT have supported relief efforts for several natural disasters that have struck our partners and their project areas in the past year, from fires like the above to hurricanes. Thanks to the monthly donations from WLT Friends and support for the Action Fund, WLT is able to respond quickly to support partners protect reserves in such situations.