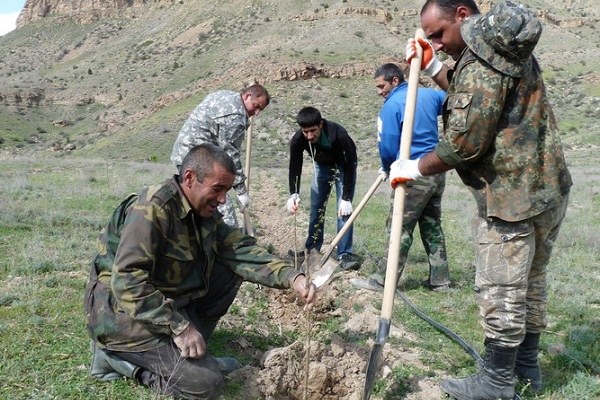 Today is the UN’s International Day of the World’s Indigenous Peoples.

Sounds like a good time to draw attention to the plight of indigenous peoples, something about which I have written on many occasions. In fact, for those of you who are interested, I have appended a selection of my musings over the past five years. But first and foremost, I think it is time to ditch the use of the term ‘indigenous peoples’. Let’s call them local communities – it’s much more inclusive.

Defining indigenous peoples and relating these definitions to land claims is incredibly difficult, and in my mind, fairly futile. I have two examples of what I mean, one from the Gran Chaco and one from the Caucasus. The former was inhabited by a large number of very different ethnic groups, who often killed each other on sight, and had vast, overlapping hunting territories. So how could anyone ‘decide’ whose land it was? In the latter, the indigenous communities (pre-Communism), formerly under the Ottomans, were mostly nomads or urbanised. But there was an amazing mix of ethnicities. Here the issue was not so much about land ownership, but nationality. Once the Ottoman Empire collapsed and was replaced by communism, the area was chopped up into nation states, but with boundaries crossing ethnic and (in particular) religious boundaries. Part of Stalin’s ‘divide and rule’ policies. This ultimately led to warfare… which is still ongoing – look up the history of Chechnia or Ngorno Karabakh.

When we founded World Land Trust (WLT) we avoided places where there were land claims by so-defined indigenous peoples. But as time went by, land became more expensive and the threats to some of the more formerly inaccessible places became greater. To continue our mission of wildlife conservation through land purchase and protection, we had to consider land that was subject to claims of ‘ownership’ by indigenous groups or, more often, those claiming to be representing the indigenous peoples.

We came under fire, and were criticised, for funding land that was being claimed as ‘belonging’ to indigenous peoples.  I tried to create constructive dialogues, but found that many of the ‘representatives’ of indigenous peoples were more like evangelical missionaries, with their own agendas and not open to any form of compromise. Meanwhile, deforestation was occurring at the rate of over 1,000 acres a day in the Gran Chaco, which at the time I first visited in 2008 may have been home to several hundred people belonging to ‘uncontacted’ tribes, as well as thousands of other indigenous groups. WLT was criticised for funding the purchase of such lands, but while these debates went on the destruction continued, and now it is very doubtful that any of those peoples living in voluntary isolation (a.k.a Uncontacted Tribes) still exist. Some of them certainly now live in squalid camps adjacent to the Mennonite colonies and other settlements.

In summary, my personal view is that it is always preferable to talk in terms of local communities and work with them directly. By working with local conservation NGOs, who in turn work directly with local communities (no external representatives) whether they are indigenous peoples, campesinos, or just villagers, our partners have been able to achieve a remarkable amount of success.  So much success, in fact, that in many areas funding is the primary limit to expansion of the work. A single example will suffice (and there are many others). In Armenia, by working with local communities, the success of the conservation funded work has led several communities to offer to donate community owned grazing lands for reforestation, in return for support in community development projects. Consequently, thousands more acres are available for protection – home to Bezoar Ibex, Mouflon, Lynx, Leopard, and many, many other endangered species, as well as a staggeringly beautiful flora – but we lack the funds to support it.

The project is a win-win situation for conservation and the community, and there are similar stories in almost all our project areas: from Argentina to Guatemala, from Mexico to India.  And having seen first-hand how much money most foreign aid programmes waste, I see it as a very direct way of moving communities out of poverty.

A selection of my previous blogs for Indigenous Peoples Day

Conservation and community in Armenia

What constitutes ‘free, prior and informed consent’?

The demise of the last noble savages

The rights and wrongs of a United Nations declaration

Webcam networks, indigenous people and land purchase as a tool for conservation