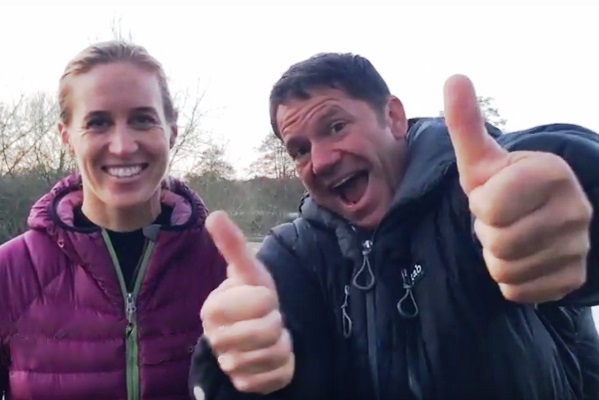 World Land Trust (WLT) is pleased to announce that the Saving Kinabatangan Appeal has reached and exceeded its secondary target after an extraordinary fundraising response from supporters. This will enable WLT’s partner Hutan to purchase and protect further properties of threatened Bornean Rainforest.

Three properties of 7 acres each (2.8 hectares) became available for purchase on the border of the Pangi Virgin Jungle Reserve. Due to the demand for Palm Oil, if these were not purchased for conservation this important buffer habitat for the wildlife within the Jungle Reserve would have been purchased and cleared for plantations.

The Saving Kinabatangan appeal was launched by WLT Patron Steve Backshall and his wife Helen Glover’s Race for Borneo. The couple aimed to raise £100,000 through sponsorship for the ‘Canoeist’s Everest’, a 24 hour kayak race from Devizes to Westminster.

Their campaign was so successful that it broke an overnight fundraising record for WLT, and exceeded the £100,000 target for the three properties.

After exceeding the target, it became apparent that a fourth property of 12 acres (4.8 hectares) alongside the first three of 7 acres (2.8 hectares) could also be protected if we could keep up the fundraising momentum and we upped the target to £250,000.

The urgency of these land purchases and the importance of Bornean biodiversity continued to inspire the remarkable generosity of supporters, and by the end of June the appeal had raised enough to purchase and protect four properties, altogether 33 acres (13.4 hectares) of this critically endangered rainforest.

As the appeal closed in on the £250,000 target, WLT was contacted by a company supporter who wanted to discuss a £50,000 donation if the land purchase could be extended. This wonderful gesture has enabled WLT to commit to the protection of a fifth property of another 12 acres (4.9 hectares) neighbouring one of the properties.

“Throughout the Saving Kinabatangan appeal, supporters have exceeded any expectations of generosity WLT could have planned for, as evidenced by the extension of the target and land purchases which we didn’t originally think we could achieve. It has also highlighted to the government and local communities of Borneo the fact that the international community really does value their wildlife.

“The threat to this habitat is plain to see by anyone visiting the area- wildlife has been compressed into small strips of forest either side of the river, surrounded by Oil Palm. These critical corridors are under high demand for further expansion of plantations, and without support like this it would not be possible for conservationists to purchase and protect them, so we would like to thank every supporter who contributed to this important appeal.”

Conservation Biology feature: Find out why this land purchase is so important »