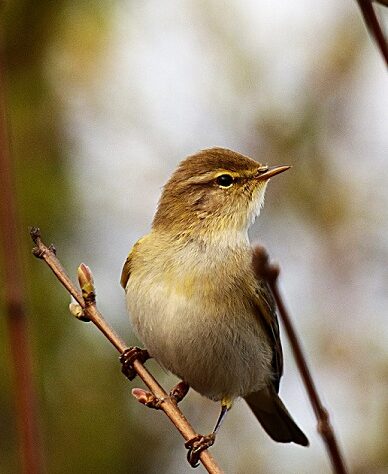 I have written about moving baseline syndrome in the past, but when visiting RSPB Minsmere with the co-Founder of World Land Trust (WLT) Jerry Bertrand, the subject came up again. Both of us have been birdwatching for over 60 years, Jerry mostly in the USA, myself mostly in Britain and the rest of Europe.

As we walked around Minsmere, I commented that 30 or 40 years ago, we would be seeing warblers all the time – Whitethroats, Blackcaps, Willow Warblers, Chiffchaffs, Sedge Warblers and Reed Warblers. But today we were commenting on them every time we saw one. They were all there (well, not entirely, we didn’t see a Willow Warbler), but the numbers have dwindled.  Hedgerows which once abounded with Linnets as well as numerous other species, are now desolately devoid of birds. And then we talked about finch flocks in wintertime. Where are the flocks of several hundred mixed finches?  And the Wheatears which used to nest all along the Suffolk coast?

The problem is that most modern conservationists were not born at this time. A conservationist in their 40s today would probably have started birdwatching in the 1990s, by which time the baseline for their observations would already be abysmally low compared with my 1950s. If I look back over earlier writers, such as W H Hudson, I can see that even my baseline was being eroded; I grew up in the period when persistent hydrocarbon pesticides were becoming widespread.

Meanwhile all appears to be okay, because we can still see large birds in our skies. Well, some. Little Egrets are proliferating, Common Buzzards and Red Kites have recolonised huge chunks of their lost ranges and Peregrine Falcons nest in most cities. But Cuckoos, Spotted Flycatchers, many warblers, Redstarts, Yellow Wagtails, Sand and House Martins, Barn Swallows, Snipe, Lapwings, Redshank, Curlew, Skylarks, Turtle Doves, Nightingales, Reed Buntings and Trees Sparrows are just some of the birds disappearing before my eyes.

I still see these species most years, but instead of a guarantee I’ll see them in the course of a year’s birdwatching, now I have to make a real effort to see many of them, and even when I do it is only the odd individual. No decent biomass. It is not fashionable (or even politically correct) for a conservationist to be a pessimist. We have to be optimists. But I really think this is bad science. The evidence is there. Wildlife is in a serious mess. Nature will survive, but species diversity simply will not. How can it when the countryside of many parts of the world is urbanised, industrialised and, perhaps the most damaging of all, turned over to monoculture agriculture?

I teeter on the brink of pessimism. When I go out to somewhere like Armenia and see what can be achieved, I become optimistic again. When I go to Paraguay and see what our partners have achieved there, I get even more optimistic. But… then I look at an aerial photo of the Chaco, and become seriously depressed again. As Ned Kelly famously said: Such is life! Know what happened next?