Does thinking about nature lead you to mindfulness? SEARCH NEWS 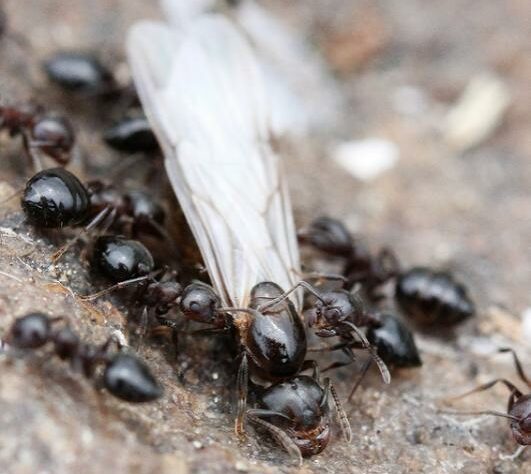 Mindfulness is the current trendy thing to indulge in. I have not studied it in any detail, but the NHS describes it as ‘Paying more attention to the present moment – to your own thoughts and feelings, and to the world around you’ and as far as I am concerned, there is very little difference between this and taking the dog for a walk.

When I do this, I do a lot of thinking, and I look at everything around me. I know my patch pretty well; I know the birds and I concentrate on watching the seasons pass. And I think. I mull over what has been going on in my working day. I plan what I might do in the future.

I think about the nature around me. One day I saw a column of ants moving across the path, and that set me thinking about what a species is.  Ants come in various shapes and sizes. In one species there are castes made up of worker, queens, soldiers etc. Similarly, bees come in various forms. These different forms are often recognisably different from each other, but they all work together and have the same genetic material, so are clearly not different species.

So what is the species? In a museum collection, there will often be representative specimens of all the different forms (morphs) of a particular species, just as there will be male and female examples of vertebrates.  In the latter case, it is pretty obvious that the males and females are the individuals that comprise the species which can survive and live independent lives.

But what about colonial insects like ants, where the individual bodies cannot survive on their own?  Does this mean that the individual, in this case, is the colony? That started me thinking afresh. A human is not actually a single species. It is a single mammalian species, that actually contains many other species – bacteria for instance, without which it cannot survive without for very long.

So then how do you define death- when all these separate species inside the one body die? When a human heart stops beating, lots of the other functions of the body continue for varying lengths of time. Digestion in particular continues, and in fact starts digesting the actual body that houses it.  Other forms of life can invade the body – fly larvae for starters. So the process which ends life reverses and helps to create life.

So when we speak of death what do we really mean? And that made me think of Lavoisier and his (apocryphal?) quest for an answer – is this mindfulness? But ultimately, wildlife conservation has to be a supreme example of mindfulness, simply because not doing it is surely the truest definition of mindless.