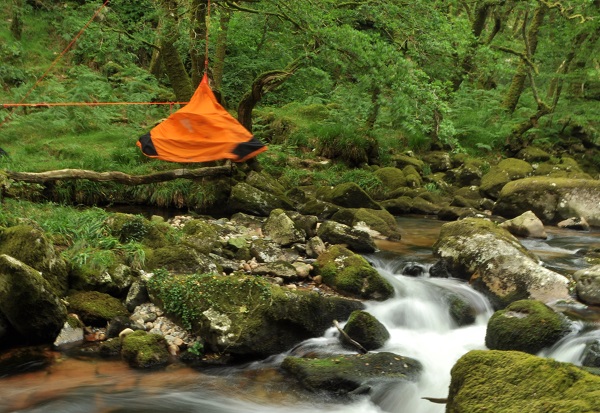 Canopy climbers and forest campers across the world took part in the inaugural The Big Canopy Campout (TBCC) event in aid of forest conservation through World Land Trust (WLT) on 24 June.

The event began as the winter sun set in Tasmania with two campouts stationed in the Tarkine Rainforest and on the side of Mt Wellington. The team in the Tarkine were from the Bob Brown Foundation, who have been camped in the Tarkine since February to prevent deforestation scheduled by Forestry Tasmania.

Joining them as the day went on were campouts in an Oak Savanna, located outside Portland Oregon (USA), the Xishuangbanna Rainforest (China), Caledonian Pine Forest (Scotland) and even a campout in the Kinabatangan Rainforest Canopy in Borneo, close to the area TBCC and WLT are fundraising to protect.

There were many campouts in the UK which were organised by individuals camping in or under trees in gardens or campsites, such as 14 year old George Earnshaw, who has already been involved with Saving Kinabatangan fundraising, inspired by his hero Steve Backshall.

Watched by the world

The campout events unfolded as the sun set around the world, with participants and supporters watching the campouts through live social media events and photos tagged with #thebigcanopycampout across Facebook, Instagram and Twitter.

The team in Winterbrook Falls filmed a Facebook Live at 6.30am (3.30pm in Tasmania) to show TBCC followers around the world their canopy campout setup (about 30m high) and answer questions from their online audience.

As many of the campouts were stationed far from internet coverage, more photos and videos from the campout events are being posted on The Big Canopy Campout Facebook page.

Sleeping inside The Eden Project Rainforest

TBCC Founder Dr John Pike hosted several live videos which took viewers around The Eden Project, which hosted a remarkable campout with seven illuminated portaledges suspended from the dome over the Rainforest Biome.

“The night of The Big Canopy Campout was spectacular on so many levels with climbers experiencing extremes of heat and height as well as ice, snow and gales to unite for forest conservation,” John told WLT.

“The night of The Big Canopy Campout was spectacular on so many levels with climbers experiencing extremes of heat and height as well as ice, snow and gales to unite for forest conservation”
Dr John Pike

“On a personal level our own campouts on soggy but beautiful Dartmoor and in the humid ceiling of the world’s largest captive rainforest at the Eden Project in Cornwall were wonderful.  Sleeping high in the tropical biomes in an illuminated portaledge was one of the most surreal but exciting experiences and one we’ll never forget”

Dina Gallick, Enclosed Biomes Team Manager at The Eden Project, added “It was such a privilege for Eden to be involved in The Big Canopy Campout, as such an inspirational and uplifting event, linking so many people and organisations around the world with a common passion and wish to support WLT.

“Our core message for the Rainforest Biome is all about the importance of rainforests; both their ecological functions and how so many indigenous people depend on them for their livelihoods and we showcase projects from all over the world working on positive alternatives to deforestation. My Rainforest Biome team are an incredible group of dedicated, passionate people who desperately want to make a difference, and how better than to be able to support the hands-on conservation work of WLT.”

The Big Canopy Campout was held to raise awareness of the threats facing forests all over the world and to raise funds for WLT to protect the critically endangered rainforest in Kinabatangan, Borneo. Teams camped from the canopy to the forest floor, from woodland campsites to back gardens, in conditions from the humid tropics to Australasia’s winter.

You can sponsor The Big Canopy Campout to help WLT protect a piece of rainforest in Borneo’s Kinabatangan here, and save the date for next year’s campout event on August 25. 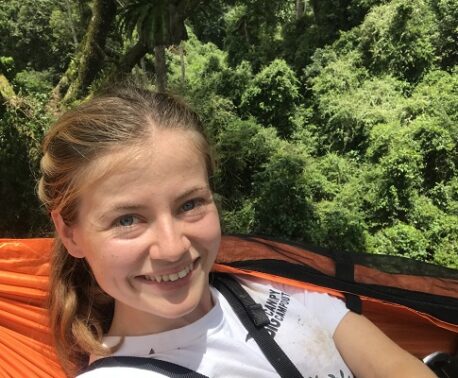 On the night of The Big Canopy Campout, people all around the world spent a night camping in forests to … 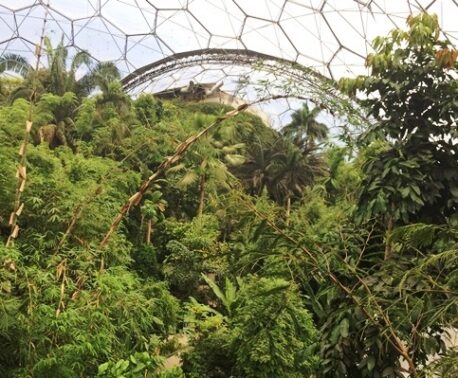