Rainforest Connection: listening in on the forest SEARCH NEWS 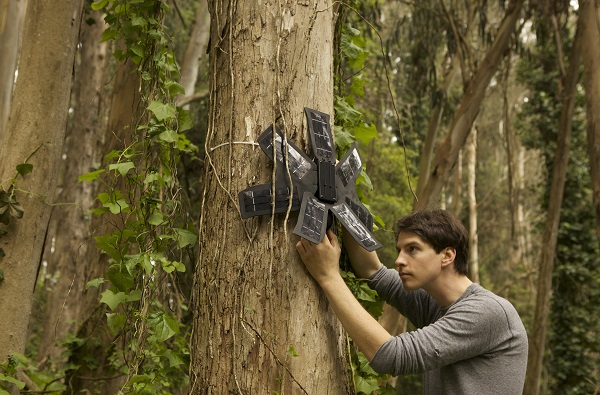 The Cerro Blanco Protected Forest in Ecuador is harbouring a rather innovative surveillance system to ‘listen in’ on the life of the reserve through Rainforest Connection, which uses recycled mobile phones to make autonomous, solar-powered listening devices.

One of the most pressing threats facing Cerro Blanco is illegal logging; the reserve is located on the outskirts of Guayaquil and people come from the city with chainsaws. The Rainforest Connection system provides the rangers with live alerts to chainsaw activity in the forest as the world’s first real-time logging detection system.

WLT partner Fundación Pro-Bosque sought out Rainforest Connection after Executive Director Eric Horstman saw a TED Talk by the CEO Topher White ‘What can save the rainforest? Your used cell phone’. After some conversations with Rainforest Connection about the threats facing Cerro Blanco and logistics such as mobile reception, the modified mobile-phone listening units (named ‘Forest Guardians’) were set up within the reserve.

“Our protected forest is 6,000 hectares,” Eric told WLT. “We have nine park guards but nine aren’t working at one time, they go in for four day stints and come out for three, so at any one time there are five rangers in the guard stations.

“The rangers do foot patrols but there are some areas which, unless there is a specific reason to go in, we don’t usually monitor. These were the areas we chose for the units- the more inaccessible areas where we knew there may have been hunting pressure in the past.”

Call of the macaw

Although the Rainforest Connection units were initially set up to pick up on the sound of chainsaws, they developed another use similar to that of camera traps: monitoring the Endangered Great Green Macaw.

There are thought to be less than 10 wild individuals in Cerro Blanco, and Pro Bosque are also releasing pairs bred in activity. As the units can be tuned in to listen out for the calls of the macaws, they are valuable instruments for monitoring the birds.

Using up-cycled, solar powered technology, Rainforest Connection and the Pro Bosque rangers are working together to protect the Ecuadorian Dry Forest and its wildlife. WLT helped to fund the Rainforest Connection project and supports the salary of ranger Armando Manzaba through Keepers of the Wild, who is featured in the Al Jazeera video about the project above using the technology.