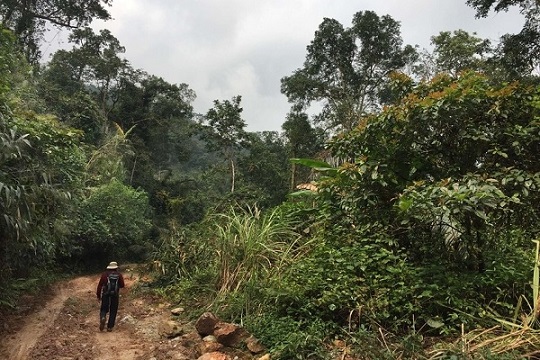 How do you prepare for a trip to Vietnam? Perhaps with a little history, I thought, so I watched Platoon and read Chickenhawk by Robert Mason. Both well worthwhile, but as I was to learn, of no relevance for my trip (the movie was filmed in the Philippines). I would have been better prepared if I had practised eating rice with chopsticks.

I had imagined myself far from the tourist-trodden track, spending four days deep in the forest, sleeping in a hammock under the trees. But the best adventures cannot be foreseen, as this was going to be an experience, but as things turned out, not the one I had expected.

Spotting wildlife in the forest is hard. It isn’t like the movies. The jungle’s wildlife is elusive and wary of people, so sometimes you will only catch a glimpse or hear a rustle just before it disappears back into the undergrowth.

But I had an advantage- my host, Le Trong Trai (“Mr Trai”, pictured). He is the co-founder of Vietnamese NGO Viet Nature, with whom I’d been put in touch by World Land Trust (WLT), who have partnered with them to protect around 20,000 hectares of Lowland Annamite Forest- Khe Nuoc Trong.

Mr Trai knew the best places to look, and would stand quietly to observe the forest. “There are some Red-shanked Douc over there,” he told me, as we looked over an expanse of pristine forest.

“Oh wow, where? In the canopy?” I don’t know why I asked this, as from our vantage point the entire view was forest canopy. 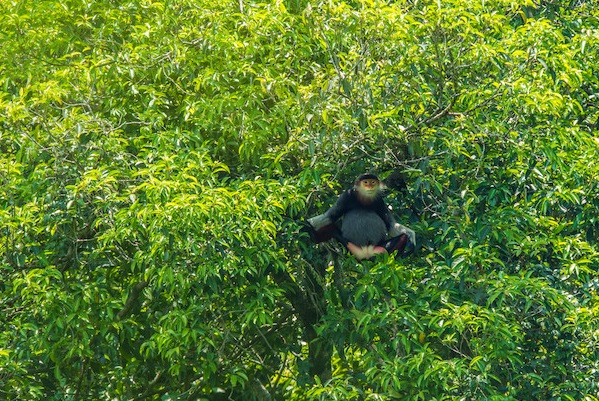 “Yes in the canopy. Near that white patch”. Everything looked green to me. Finally, with a telescope he showed me where they were, and I was able to have a close up look at these marvellous creatures going about their business in the forest. I have no idea how he was able to identify them from so far.

But what impressed me most about Mr Trai was his knowledge of the politics of conservation. He had previously worked in government so probably navigates this better than most people in the business. Wherever we went, people wanted to meet and drink tea or have lunch with Mr Trai. We met with forest rangers, forest guards, and the director of the adjacent nature reserve. He never dominated conversations, and patiently listened to everyone before responding. His wisdom and experience is a valued resource.

One such meeting happened just after I arrived. Our first stop was Monkey Bridge Ranger Station, full of Viet Nature staff and rangers… or so I thought. The men were hanging around, drinking tea and smoking cigarettes. As people engaged in conversation, I stood around feeling very much a gormless tourist, not understanding a word of what was going on. 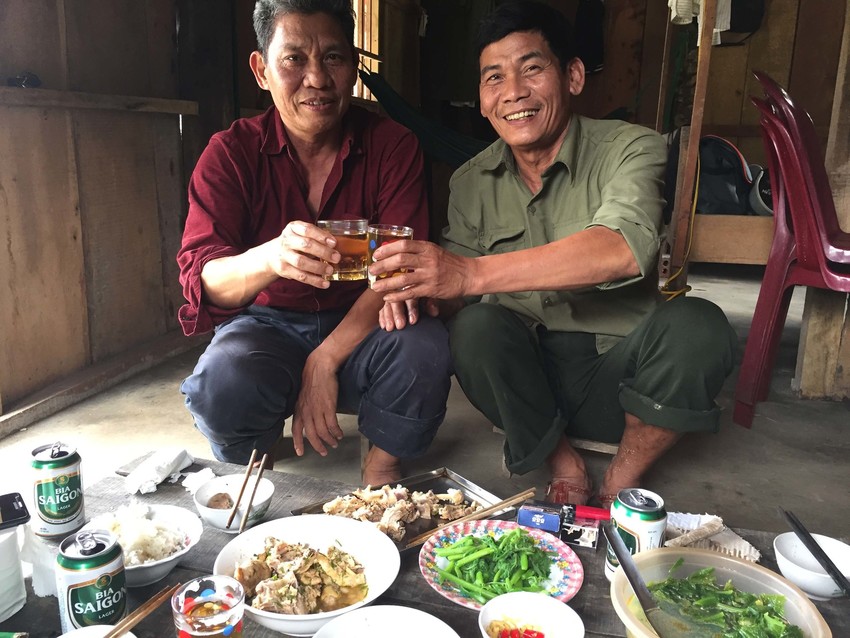 Life at the ranger station appeared quite basic; one guy was washing his uniform in a tub, another dispatching a chicken for lunch. Mr Trai held court, drinking tea with the more senior folks, who were not in the least bit interested in my presence.

Later on, Mr Trai revealed to me that one of these people was from the Vietnamese Frontier Army. He had turned up to discuss my permit to visit KNT.

The presence of the army, though quite unthreatening to me when I unknowingly met them, is not the only reminder of war in this forest. Although it ended in 1975, the scars left by the Vietnamese War are still visible on this landscape. Mr Trai pointed to big, bald patches on the forested hillsides and all he said was “Agent Orange.” Sadly, even where the soil is uncontaminated, once the forest is removed it does not come back by itself and reforestation is expensive.

Therefore, protecting the existing forest is the most cost effective way of preserving their natural resources, and Khe Nuoc Trong has been designated under ‘watershed protection’ by the Vietnamese government. This means that the forest is valued for ensuring clean and steady water supplies downstream, and the forest cannot be cut down to make way for farmland or development. The wildlife and biodiversity in the forest is of secondary value, and although the biological value has been recognised by IUCN, it has not yet been acknowledged by the Vietnamese government. 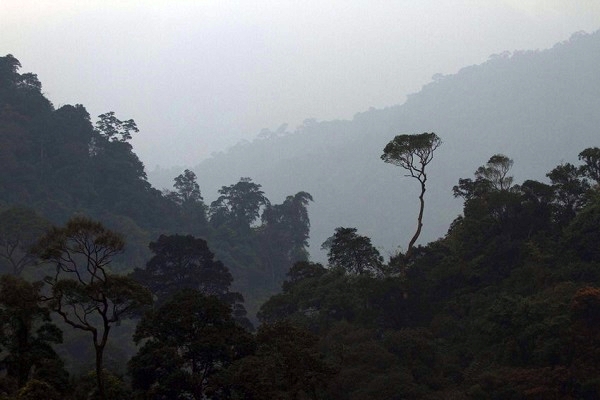 But the value of the biodiversity is clear to anyone who travels down the Ho Chi Minh Highway, as many tourists do, often by motorbike. Those travelling the Western route will journey through the highlands which border Laos, and about 600km south of Hanoi the road is surrounded by vegetation.

Every once in a while a gap in the trees opens up to reveal miles of forested hills separated by misty valleys. This is Khe Nuoc Trong, and thanks to the work of Mr Trai and his colleagues at Viet Nature this mysterious and exotic forest continues to hide its secrets from tourists. Long may it endure.

Find out more about the Carbon Balanced Programme in Vietnam » 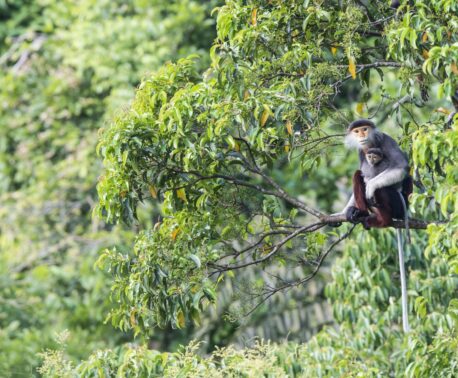