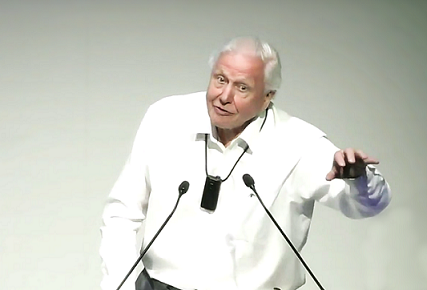 In his speech in the Stories of Hope programme of Earth Optimism, an event which took place in Cambridge last week to celebrate conservation success stories around the world, Sir David Attenborough added his own story.

“Let me indulge myself, and just add one further glorious piece of optimism as far as I’m concerned. It happened only two days ago.”

Sir David recalled his first visit to Borneo, over 60 years ago when he travelled down the famous Kinabatangan River, “It was a revelation. I’d never been to South East Asia before, and I saw fantastic animals: Orang-utan, Proboscis Monkeys, and one of the greatest thrills of that trip were Pygmy Borneo Elephants… So memorable- fantastic!”

He described his return visit 18 months ago, “I went back down the river and there was the rainforest on the sides of the banks… but it wasn’t quite what I remembered… This rainforest was a bit impoverished.

“The day after that, we got in a helicopter and we flew along the Kinabatangan River. As we rose up in the helicopter, I saw that along the banks this rainforest was perhaps 50-100 yards wide. Beyond it, a monoculture of Oil Palms. Stretching as far as the eye could see in serried, military, sterile ranks.”

He was even more saddened to hear about plans for a highway bridge, which was to be built over the river and through adjacent wildlife reserves that protect the last remaining pieces of this habitat. He said “I knew in my heart that if that happened, that last patch of Borneo which had not yet gone, succumbed to Oil Palm, that would be the end of it.”

However, three days before Earth Optimism Day, the Chief Conservator of Forests Datuk Sam Mannan announced that his government had decided to abandon the plans for the bridge. “It was marvellous news, that a government of Malaysian Borneo had decided to take note of what conservationists were saying around the world and do something about it,” said Sir David. “That’s my good piece of news.”

What Sir David did not say 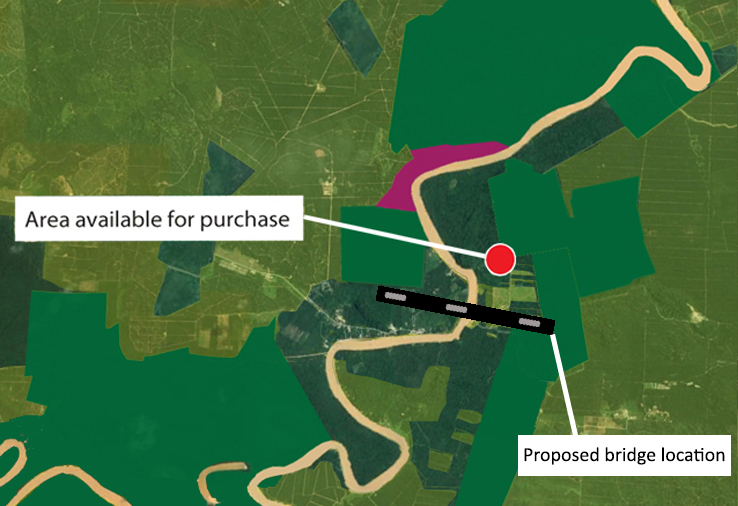 Sir David did not expand on his crucial role in this fortunate turn of events, as in his speech, the Chief Conservator of Forests Datuk Sam Mannan, said “In making this decision, the Right Honourable Chief Minister of Sabah has taken into consideration all the concerns and opinions expressed related to the bridge, including those from Yayasan Sime Darby, Nestle, scientists and NGO groups and also the opinion of someone who knows the territory better than anybody else – Sir David Attenborough.”

In his capacity as a Patron of World Land Trust (WLT), which has protected parcels of land in this area with local partner Hutan, Sir David wrote a letter to the Chief Minister of Sabah asking him to reconsider the bridge. This letter was made public and published by the Guardian in March, shortly after an area of forest was cleared to make way for construction offices to be erected.

“If I may say so, that headline broke the camel’s back”, Datuk Sam added. “It made us understand that the issue of a proposed bridge across a protected area for wildlife, is now the number one environmental concern not just in Sabah, but globally too, because of the extremely precarious situation of the rich wildlife therein.”

Saving the wildlife of Kinabatangan

The cancellation of the Sakau highway bridge is incredible news for the Kinabatangan’s unique wildlife, but with the expansion of Oil Palm plantations, this remarkable rainforest is still in acute danger of being lost forever.

WLT has just launched the ‘Saving Kinabatangan’ appeal to raise £250,000 which will purchase parcels of rich forest habitat before they are bought by Palm Oil companies. Almost £100,000 has already been raised by Steve and Helen Backshall’s ‘Race for Borneo’.

Join Sir David in his efforts to protect this precious forest and its wild inhabitants by supporting our ‘Saving Kinabatangan’ appeal.

Update: The Saving Kinabatangan appeal is now closed, after raising £300,000 to save precious tropical rainforest in Malaysian Borneo, close to where the Sukau Bridge would have been built. WLT would like to thank Sir David Attenborough, Steve and Helen Backshall, and every supporter who donated and helped raise awareness to save this habitat. 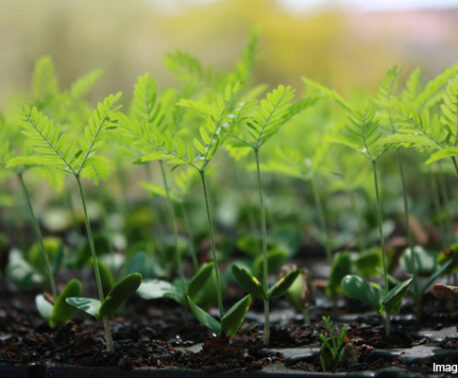 World Land Trust has been working with overseas conservation partners to plant trees since 2006 and so far has funded the planting of 2,167.424 native trees using donations from our supporters.