My mountains for yours: from Mexico to Armenia SEARCH NEWS 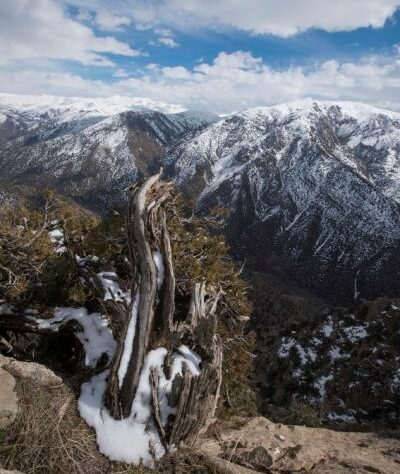 Roberto Pedraza Ruiz of WLT’s partner in Mexico, Grupo Ecológico Sierra Gorda (GESG), describes his visit to Armenia, when he traded his mountains in the Sierra Gorda for those of Ruben Khachatryan, of the Foundation for the Preservation of Wildlife and Cultural Assets (FPWC) in Armenia.

For no particular reason, ever since I was a child, I have been attracted to the part of the world where Europe and Asia meet. There, you have a magnificent mountain range – the Caucasus.

I had the honour of meeting Ruben Khachatryan, Director of a fellow WLT partner organisation, at WLT’s 25th Anniversary Symposium in 2014. An immediate friendship was born as we discussed our homelands, telling each other about the mountain landscapes we live in and work to protect.

I grew up in the Sierra Gorda of Mexico, where without mountains there is no landscape. When my organisation GESG hosted the 2016 WLT Symposium, I had the pleasure of introducing Ruben, and my other WLT Alliance colleagues, to the biodiversity of the Sierra Gorda Biosphere Reserve (which is partially protected by WLT’s Buy an Acre project).

“Mountains, no matter whether they are in the heart of Mexico or the join of the continents in Armenia, shape people in similar ways ”
Roberto Pedraza Ruiz

It was after this that Ruben returned the favour, inviting me to visit FPWC’s land conservation project in Armenia: the Caucasus Wildlife Refuge (CWR).

Six months after the symposium, I arrived in the mountains which had inspired me since I was small, and they did not disappoint. The Caucasus is magnificent. I found myself comparing it to my mountains which, I noted with a tad of jealousy, are quite a bit smaller. Ours are also much more crowded with small communities and roads, but these were empty and rugged as their harsh winters have driven people to live in the valleys. 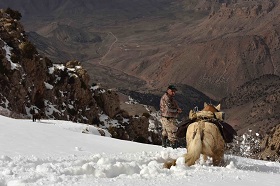 But the biggest difference is that the Caucasus still has species we have long since lost in Mexico. Bears and wolves were wiped out at home, thanks to a joint campaign by our Government and ranchers in the 1950s. Although these captivating predators still roam the Caucasus, the same argument is sadly an ongoing issue in Armenia. The Government is still funding rewards for every wolf skin and you can find them for sale in tourist attractions, such as the Garni temple.

The good news is that in the CWR, you can visit the wolf’s country and know they are protected. We travelled through the reserve the same way we do at home – on horseback. The CWR rangers ride excellent, small and sure footed horses, which held their own even though we had a couple of problems in the thick snow (which in some places reached their bellies). 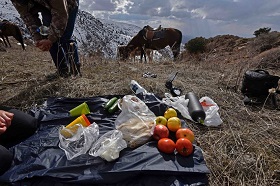 Despite being tropical creatures, we Mexicans loved all the white stuff. The first day head ranger Manuk Manukyan, who is part of WLT’s Keepers of the Wild programme, took us to retrieve camera traps from the mountain trails, a very familiar task for me. But with the snow, when we had lunch in a mountain pass, it was completely unique.

We were even excited to drive through a snowstorm, when we could barely see the front of the jeep, surrendering ourselves to the judgement of an experienced driver, which Manuk fortunately is. He is also an accomplished guide and naturalist who knows every corner of his territory with the pride of someone who grew up there and thinks of it as his home range, his freedom. 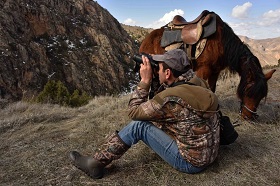 I understood this completely, as I am lucky enough to feel the same about Sierra Gorda. Even though it is huge (almost a million acres), I think of her as my garden and I spend all the time I can exploring. This trip showed me that mountains, no matter whether they are in the heart of Mexico or the join of the continents in Armenia, shape people in similar ways, forming their character and attitudes.

Even though I was on the other side of the world, with a challenging language barrier as few people speak English and my Spanish was good for nothing, I felt very much at home with these fellow mountain people, thanks to their extraordinary Armenian hospitality. They really open their houses and hearts to a visitor, even if you are a stranger soaked from the snow, invited to have tea at a ranger’s home, you’ll find his mother, a lovely older lady, is determined to dry your socks in the fire.

Land protection in both places has been supported by World Land Trust and operational partner IUCN NL. WLT also supports both projects through its Keepers of the Wild programme, which provides the salary for rangers such as Manuk to patrol and protect the mountain wildlife.