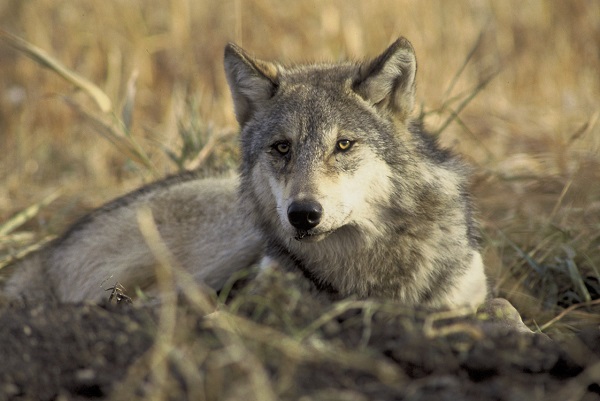 Saakje Hazenberg, who has a decade of experience in working with Canadian wolves, visited the snow-covered wilderness of the Caucasus Wildlife Refuge (CWR) in Armenia to share her expertise on wolf behaviour and how to track these elusive predators.

I have spent years monitoring wolves and it still never loses its excitement. A glimpse into the lives of these highly social, intelligent carnivores, following their trails as they move across varied landscapes, interacting with a complex web of species, awakens the spirit of wildness and adventure in us. A trait we, as humans, are so often at risk of losing. Having always worked with wolves in the mountains of western Canada, I was thrilled to explore a corner of the Armenian landscape and peek into the lives of wolves living half a world away.

Monitoring is key to understanding this highly adaptable species, to establish baseline information such as pack and territory sizes, kill-rates and prey species, pup survival and population trends. Beyond the ecological insights this information provides, as a society we also need these facts to support science-based management decisions. It was surprising to me that the Armenian government is paying for the killing of 200 wolves each year, without any population estimate or science behind it at all.

Following footprints in the snow

“Traditionally, most wolf monitoring involves snow-tracking through the winter, by following the wolves’ prints in the snow in and around their kill-sites and territories.”
Saakje Hazenberg

So how do we go about monitoring wolves? Traditionally, most wolf monitoring involves snow-tracking through the winter, by following the wolves’ prints in the snow in and around their kill-sites and territories. It is completely non-invasive and a lot of fun, but requires extensive time and effort and good snow conditions. So in recent years, many monitoring programs have moved to capturing wolves and deploying GPS collars. Although collars are expensive and intrusive, they provide year-round movement and predation information as well as allowing radio-telemetry to locate the pack at any time.

I came to the CWR hoping to snow track the wolves and see if the landscape would be suitable for a winter tracking program. But it soon became clear that this method, which works so well in Canada, was not suitable for this area: hundreds of domestic sheep and horse tracks trample large areas of the snow covered plains, making the wolf tracks indiscernible, and domestic dog tracks are also to be found everywhere. This convinced me that tracking would be difficult and GPS collaring would be a better means of monitoring wolves in the region.

Holistic approach to conserving the ecosystem

The differences with Canada were telling – not just in terms of monitoring options, but also in terms of human impacts. I realized what a fortunate bubble I live in, working in the Rocky Mountain national parks and surrounding protected areas which together make up a contiguous wilderness area larger than the entire country of Armenia. The wolf packs I followed have had little interaction with humans; there is no livestock to create conflict and they enjoy a range of native ungulate and smaller prey species co-existing in a largely intact ecosystem.

In contrast, other than the bezoar goats and mouflons on the higher peaks, the complete absence of any wild ungulate tracks on the plateaus around the CWR was striking. Even the scarcity of trees and shrubs was eye-catching. Manuk Manukyan, the wonderful head ranger who guided me everywhere, said when he was a child, some of those barren valleys were so thick with bushes that you couldn’t drive through them. A reminder that wolves are just one of the elements in this environment and the conservation of the CWR should also include other elements of the ecosystem, including both plants and animals, by applying a holistic approach.

“Wolves are just one of the elements in this environment and the conservation of the CWR should also include other elements of the ecosystem, including both plants and animals, by applying a holistic approach.”
Saakje Hazenberg

I will take away some special memories from my days with rangers Manuk and Gor. My admiration for the dedication and passion of these tireless rangers; but also the inspiring conversations I had with Ruben, the founder and director of Foundation for the Preservation of Wildlife and Cultural Assets (FPWC), the conservation organization that manages the CWR. Someone with a big-picture approach who stands for all-encompassing protection and outreach by educating and supporting local communities by accommodating their needs. And, of course, the memories of Lammergeiers, Griffon Vultures and Grey Wolves fighting for carrion or the Bezoar Ibex standing watch, high on the beautiful rocky cliffs of the Caucasian mountains.

I hope that my short visit will help moving the CWR forward, by helping the rangers understand what wolf monitoring entails and what their next steps should be for starting a monitoring program. I hope it encourages them to keep working towards a holistic approach by working with other agencies. This includes monitoring and perhaps re-introducing ungulates but also reforestation in order to achieve healthy and stable ecosystems that will be able to support the wolves and people in and around the CWR.

WLT and operational partner IUCN NL have been supporting land purchases to extend the CWR, through partner Foundation for the Preservation of Wildlife and Cultural Assets (FPWC), which is currently more than 10,000 acres (4,000 hectares), and supporting a ranger team through Keepers of the Wild.

Together these projects are increasing the environmental protection of the region and its wildlife by reducing uncontrolled hunting and poaching. Also, as the rangers are native members of the community they are playing a vital role in challenging the cultural acceptance of wildlife hunting through educational campaigns and awareness raising.