The weight of humans on a landscape SEARCH NEWS 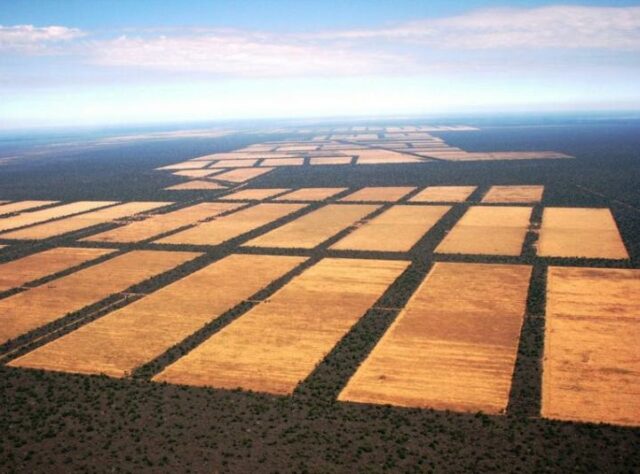 When looking at endangered species and those in decline, despite a huge number of factors being cited as direct causes or even indirect causes, one area that appears to have been generally overlooked is the carrying capacity of habitats related to biomass.

Biomass is the amount of living matter in a given habitat, and in general, any given habitat can only support a certain biomass of plants and animal species. This biomass can be increased by removing predators, introducing fertilisers and various other methods of short-term production. Some habitats will also store excess biomass in the form of carbon, such as peat, but essentially most habitats probably exist in some sort of equilibrium as far as the biomass is concerned, even if there are short term fluctuations and cycles.

When thinking about humans and their biomass, it is important to bear in mind that we are not only responsible for the expanding human population, but also the glut of livestock and crops we cultivate to sustain that ever-growing population. Unsurprisingly, if we examine areas where this anthropogenic biomass has increased, we observe that the biomass of the wild species previously existing in those areas has decreased. With the decrease in that wild biomass, there is almost invariably also a loss of diversity.

However, most of this dramatic increase in anthropogenic biomass (where it totally dominates a whole landscape) has only occurred in the last two centuries. Consequently, the impact on species loss may not yet have had a major impact, as many species are fairly resilient. My view is that it is likely that many species, over a relatively short period of time, will start to show very rapid declines to the point of ecological extinction. This will happen as the simplified ecosystems, created by the human-livestock-crop interrelationships, will encourage a few relics of the wild ecosystem to become dominant (pest species such as pigeons), and the others will disappear.

“If the theory that land developed for high biomass and low diversity having an impact on the functionality of neighbouring wild ecosystems is correct, then there is an even bigger catastrophe waiting in the wings.”
John Burton

The only way of reversing this trend is to allow the human-livestock-crop relationship to become more complex (by encouraging more natural crop systems, less use of pesticides and herbicides) and reduce the overall biomass of humans. Vast areas are now given over to urban developments and infrastructure, much of which involves the total replacement of natural vegetation and habitats with roads, housing and other solid materials.

This is most clearly visible in a country such as England, where even once common species such as the House Sparrow are declining, along with most birds found in arable farmlands (an ecosystem that has rapidly become simplified and industrialised). But it is also true in a country such as Kenya, where domestic livestock numbers have increased even more dramatically than that of the human population. The spread of agriculture reduces the areas available to graze the livestock, and this leads to overgrazing, and consequently the depletion of soils, which means that agriculture must become dependent on artificial fertilisers in order to maintain the levels of plant biomass. Unsurprisingly Kenya’s large ungulates, together with the ecosystems that maintained them, are careering towards local or global extinction.

If the theory that land developed for high biomass and low diversity having an impact on the functionality of neighbouring wild ecosystems is correct, then there is an even bigger catastrophe waiting in the wings. As much of this is a very recent phenomenon – essentially post 1950 – it is too early to speculate on the scale of the extinction. However, if this theory is correct, then we may be beginning to see a wave of extinctions that not even the worst pessimists (myself included) of the end of the 20th century could have predicted.