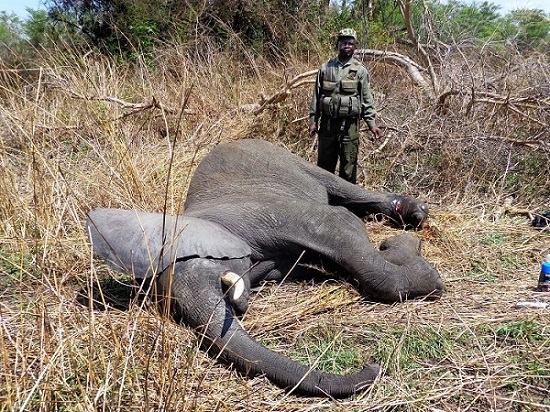 China’s pledge to ban all trade in elephant ivory by the end of 2017 has made headlines as a huge step towards slowing the massacre which has been plaguing elephants for the past century.  But while this is a huge step for campaigners, elephant poaching is also being fought on the frontlines by conservation heroes in the field; the rangers risking their lives to protect elephants in their natural habitat.

Elephant poachers take increasingly high risks due to the exorbitant value of ivory, which means a ranger’s life is fraught with dangerous confrontations with armed poachers. World Land Trust’s (WLT) Keepers of the Wild program supports the salaries of two rangers working in the Kasanka National Park of Zambia, where they frequently run into poachers during their night patrols.

Danger from all sides

Benson Bweupe, a Keeper of the Wild who has worked for WLT partner Kasanka Trust for 17 years, reported one particularly dangerous encounter faced by his team, “We stay on the reserve overnight when we are working.

Fellow Keeper of the Wild Kalaba Kalassa added that, while he loves protecting the rich wildlife of Kasanka, the worst part of his job is dealing with poaching, especially when it involves people he knows from local villages.

However, as part of his job is taking local school groups around the reserve (many of whom have never even seen elephants before), he hopes that the locals’ negative opinion of wildlife can be changed. The Kasanka Trust tries to bring all 30 schools from surrounding villages to the park on annual visits.

Benson and Kalaba were involved in an elephant rescue operation which took place in November 2016, after three young elephants were spotted on patrol with snares around their back legs. As elephants are very protective of their family unit, and can become aggressive when stressed or facing perceived threats, the rescue required trained experts to be flown into the park to tranquillise the injured elephants, remove the snares and treat the wounds.

Kasanka Trust launched an emergency appeal to raise the funds for the rescue, but unfortunately even with multiple ranger patrols on foot and by vehicle around the park the injured elephants proved difficult to find inside the thick wooded habitat which covers a large part of the reserve on the first day of the rescue operation. 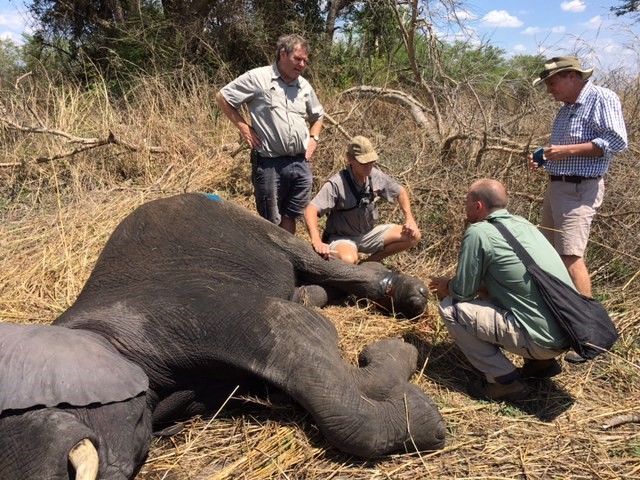 Tigger Scott, Kasanka Trust fundraising coordinator, described the second day of the rescue, when one of the injured elephants had been spotted at a swamp in the south of the reserve; “The chopper flew in with Dr Ian Parsons, the vet, who darted the young bull with a snare around his back leg. The elephant fell onto his side and Ian worked quickly to remove the wire snare which had become so deeply embedded in the elephant’s back leg that his skin had started to grow over it. The elephant’s trunk twitched from time to time and his breathing was steady. It was a deeply moving sight.

“The whole operation probably took one hour from when the dart was fired to when we started to move away from the elephant before he woke up.”

Unfortunately the other injured elephants could not be found, after the vet checked every visible elephant in the affected herd and none others were found with snares. However, by saving the injured male, the mission was still a success. The whole incident highlights the importance of foot patrols by rangers, who not only track and apprehend poachers, but also remove any snares they come across.

Kasanka National Park is not just an important habitat for African Elephants. It also boasts a rich diversity of mammals which were severely depleted when the park was first established, as well as one of the largest mammal concentrations in the world due to a migratory colony of eight million Straw-coloured Fruit Bats.

Benson and Kalaba’s work is vitally important for keeping the elephants and other species safe, as well as educating neighbouring communities about the local wildlife.