Challenge yourself and make a difference SEARCH NEWS 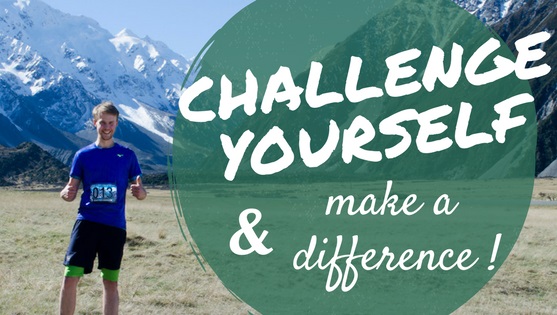 Make 2017 a year to remember by tackling one of the adventures on your bucket list: trek the magnificent Mont Blanc or the Great Wall of China, venture through the Himalayas to the Everest Base Camp or complete a 100 km, 50 km or 25 km ‘ultra-run’ challenge.

Action Challenge is full of exciting adventures for fundraising- and with their January sale, now is the time to sign up!

Fundraisers are invaluable to the work of World Land Trust (WLT) as individuals who can make a huge impact, not only by raising funds, but also by becoming inspirational ambassadors for WLT projects. In 2016, fundraisers raised £36,744 for urgent WLT projects around the world.

An Ultramarathon for Brazil’s most endangered habitat

Two fundraisers who signed up for the London to Brighton UltraMarathon last year, Rob Beale and Phil Giannecchini, exceeded their £5,000 target, which made a huge contribution to the success of the Olympic Forest Appeal last year. Thanks to their efforts, and the match funding from their employer Capital Group, WLT partner Reserva Ecologica de Guapiaçu (REGUA) was able to purchase and protect 221 acres (89.5 hectares) of Atlantic Forest in Brazil.

Rob Beale says that the 100km ultramarathon was an impulse decision, especially as neither himself nor his running partner Phil had run such a distance before, but that the difficult nature of the challenge made it worth it.

“The nature of the challenge helped a lot in getting donations. Everyone thought we were crazy. Fundraising is a huge motivator, also it commits you to the challenge!” Rob told WLT.

Rob said the hardest part of the challenge was 45km in, when they had run further than a marathon but were not past the halfway point, but having a running partner made a huge difference. Looking back on the whole challenge, he said “Setting yourself a challenge that is way outside your comfort zone really gives you focus and enables you to accomplish things you never imagined possible. Overall it felt like a huge accomplishment, I think it is the best thing I did last year. Even if it didn’t feel like it at the time.”

Within the WLT office

“I think it is important that we, as WLT staff, are committed to fundraising as well. If fundraisers are going to push themselves than so should we. The hardest parts of the challenge were actually early on in the training- walking long distances by myself. No one wants to go for a 20 mile with you for no reason… in hindsight, I should have convinced someone to sign up with me.”

“But I would most definitely recommend it. The best part was the feeling you get when you can see the finishing line. I can’t compare the feeling of satisfaction and achievement on finishing.”

WLT could not be more grateful to fundraisers for involving us in their achievements of endurance and determination. If you decide to fundraise for WLT, please contact us and we will do our best to support you in every way possible, including providing fundraising advice, promoting your fundraising page on our website and social media and sending WLT flags and leaflets. Just get in touch!

You can contact WLT’s Donations team by phoning 01986 874422 (UK) or by emailing donations@worldlandtrust.org

Find out more about Action Challenge

Find out more about fundraising for WLT