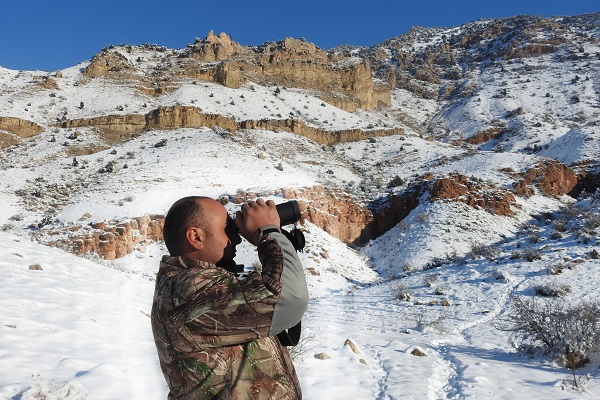 Conservation doesn’t take a holiday, and the season of snow brings a new list of threats and responsibilities to the team of rangers working to keep the Caucasus Wildlife Refuge (CWR) safe.

World Land Trust (WLT) speaks to the Keepers of the Wild who patrol the cold mountains of Armenia to ask them what they will be doing this Christmas.

Winter wildlife in the mountains

Although it is blanketed in snow, the CWR is not short of wildlife sightings this winter. Gor Hovhannisyan, a Keeper of the Wild with Foundation for the Preservation of Wildlife and Cultural Assets (FPWC), reports that the first snow comes with the first sign of bears finding their dens for hibernation:

“The tracks of the Brown Bears can often be seen with the first snow, and this helps us track their paths so we can identify the location of their den, where they hibernate during cold winters.”

“It is quite common to see the huge male Bezoar Goats fight over the females, which is fascinating. The sound of the backwards-curved pair of horns, reaching up to 1.5m, hitting each other is not possible to describe with words- one should witness it in the wild!”

“Watching our breeding pair of Bearded Vultures during the mating season, which also starts in December, is like watching the Nature Channel live in real time! When courting, they soar freely in the sky as if they are dancing. Then when another male intrudes, trying to break the couple, the male goes on the attack. Our pair is monogamous and breeds once a year. We’ve so far seen 3 chicks raised by the same pair on the same nest.”

Visits from the wolves 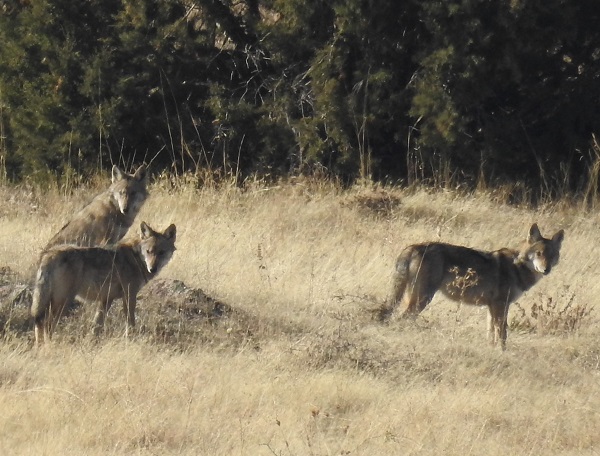 At the start of December, Gor filmed a pack of wolves on the edge of the CWR. Even though they patrol the CWR daily, Gor says it is unusual to see the wolves, “They are both elusive and smart.”

“They were just 150m from me, in an area called Gendara, where people from the community usually take their livestock for grazing. The wolves probably caught the scent of the sheep and were following the track for easy prey. The shepherds were not there anymore, though, they had already brought their sheep down the mountain.”

Though the rangers love to see evidence of the wolves first hand, rather than tracks or camera traps, sightings of wolves near settlements can cause disputes between the community and the conservationists.

Gor says “Wolf attacks are not that rare in the village; they come down for easy prey, usually villagers’ domestic livestock- the sheep. There was a case when wolves came to my house in 2015 and took the rabbits I breed in my backyard. Luckily my son managed to chase the wolf off without hurting himself or the wolf.” 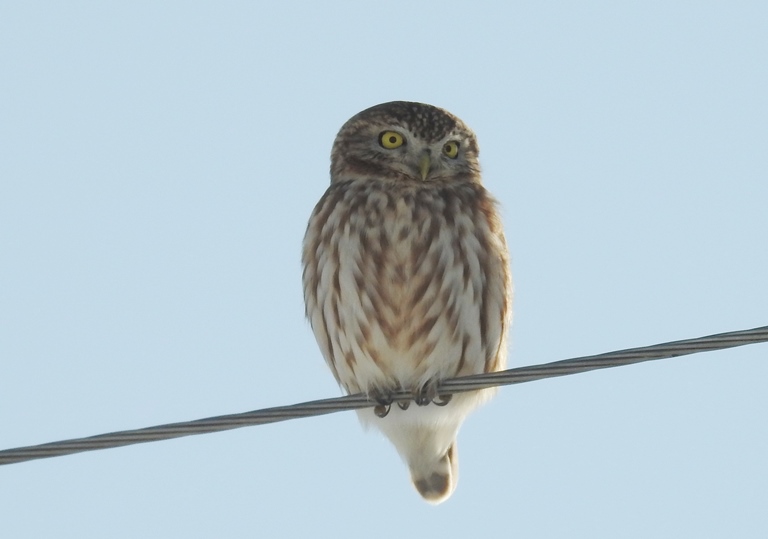 Facing human-wildlife conflict in the local areas is a challenge that the rangers have faced before successfully. One of FPWC’s first projects managing the CWR involved persuading local people not to cut down juniper trees in the reserve to use as Christmas trees.

By speaking to the community about the importance of the forest ecosystem and the wildlife which depends on the trees, FPWC has dramatically reduced the number of trees which are felled illegally within the reserve.

However, the practice has not been altogether prevented, and as Christmas Eve approaches, the rangers are on high alert, says Senior Ranger Manuk Manukyan. “Many people, although fewer every year, will try to get their Christmas tree by cutting down the 100 year old juniper trees, which serve as a nesting place for a number of bird species, and this is what we have to prevent by thoroughly checking every spot in the forest despite the temperature dropping below -25°C.” 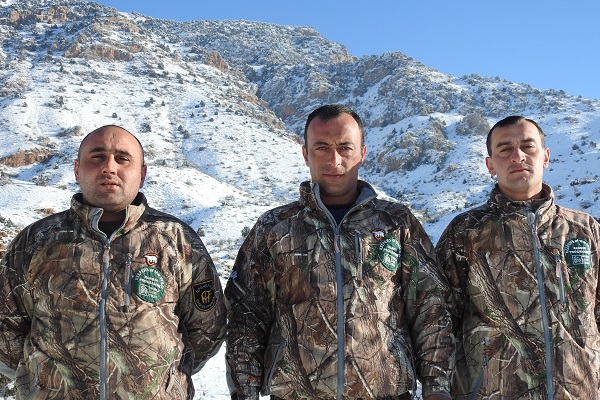 However, celebrating Christmas in the CWR is one of the perks of the job for FPWC staff. “There are no hunters on Christmas Day,” says Manuk. “However, almost all of the FPWC staff visit the CWR on Christmas Day, and the rangers are at work during the day. One of us will stay up in the mountains with the FPWC team to celebrate Christmas up there- this is one of our favourite ways of teambuilding.”

The team also looks forward to the community’s New Year celebrations. “All the villagers gather together for the event organised by the Community Municipality on New Year’s Eve. Children dance, sing and wish everyone a happy new year, and the Municipality building is decorated with bright lights shaped like wild animals.”

“It is very common for villagers to visit each other for the New Year and wish prosperity. It is kind of a ritual showing your respect towards your neighbours, and commonly the younger visits the older first. People gather at very big tables laid with a variety of dishes, including lots of dried fruits, local nuts, raisins and traditional drinks. It’s a compulsory to have all your relatives visited you and you have to behave accordingly when visiting them-no excuses. You cannot refuse any dish offered by the landlady-even if you are full to death!” 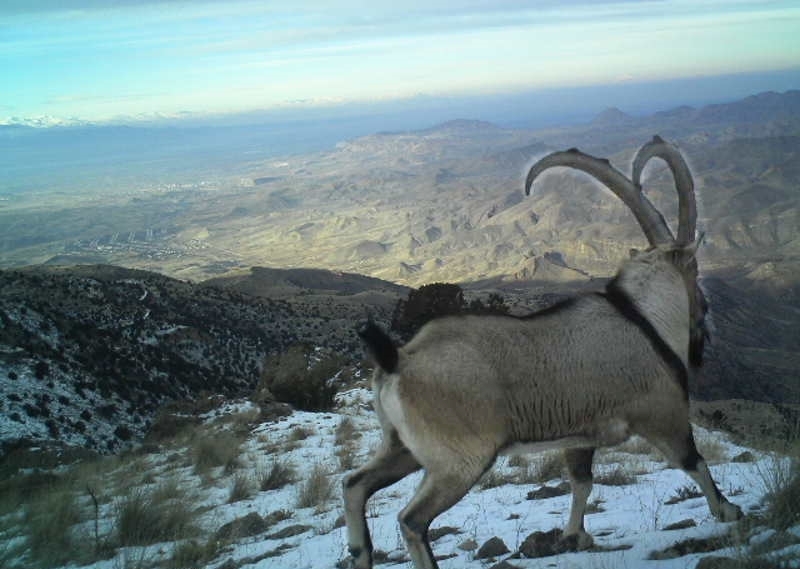 This winter, funds from Keepers of the Wild have gone towards six camera traps, four winter ranger uniforms, horse care products (many patrols are carried out on horseback), other kit needed for land patrols, such as ropes, batteries and a first aid kit and four rangers’ salaries.

The Keepers of the Wild programme is one of the most important projects for long-term protection of reserves.

The CWR is partly leased and partly purchased by FPWC with the support of WLT and IUCN Netherlands, but it is the regular patrols of the rangers which keep the wildlife safe from persistent threats. It is also their work with the community which involves local people in the conservation of the extraordinary mountainous landscape that surrounds them.