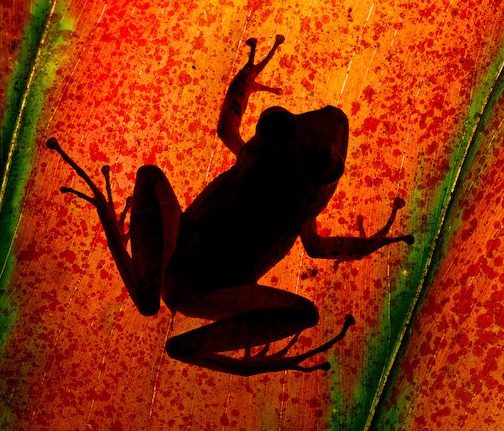 2016 has seen considerable political turmoil, but through all of this, World Land Trust (WLT) has been busy carrying on with its mission to save wildlife by saving habitats.

This year WLT and our partners have secured 49,835 acres (20,168 hectares) of threatened habitat in 10 countries all over the world; planted 11,125 trees in 4 countries and supported the work of 33 rangers in 14 countries through Keepers of the Wild. Looking back at what we have achieved with our partners this year, one thing is certain: we could not have done any of it without you.

Our supporters, whether they be Friends, fundraisers, ambassadors and even regular commenters on our news articles (thanks Dominic Belfield!), are those who make our work, and the incredible achievements of our overseas partners, possible. 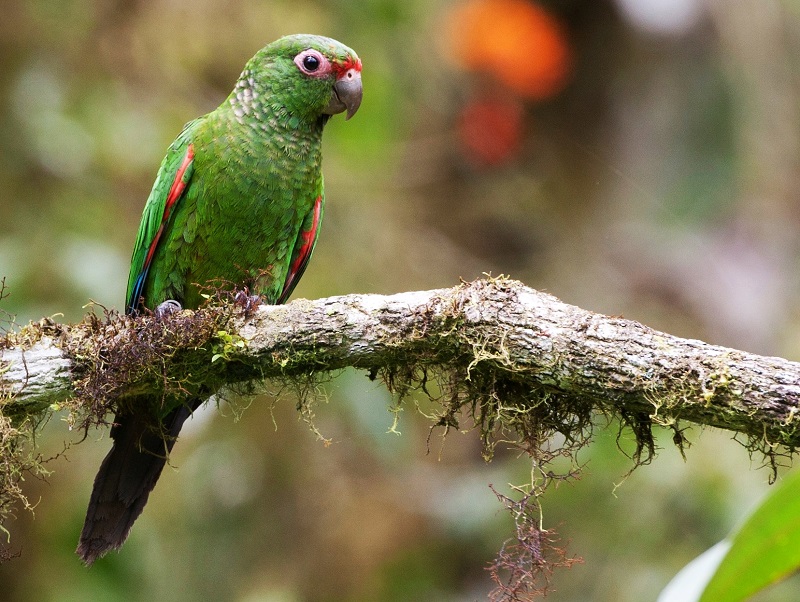 Projects supported by the Action Fund are the most urgent conservation endeavours, and the flexibility of the fund allows WLT to make the most of opportunities which have pressing deadlines. One of the projects supported by the Action Fund this year was a 233 acre (94 hectare) extension to the Buenaventura Reserve, which is managed by WLT partner Fundación Jocotoco; this reserve protects the largest number of threatened bird species in Ecuador.

The Action Fund has also supported the reforestation of seven forest islands in Barba Azul Nature Reserve, Bolivia, as well as 578 acres (234 hectares) to extend the Caucasus Wildlife Refuge in Armenia and an emergency grant to support Fundación Patagonia Natural’s management of the Patagonian Coastal Steppe Project in response to inflation in Argentina. 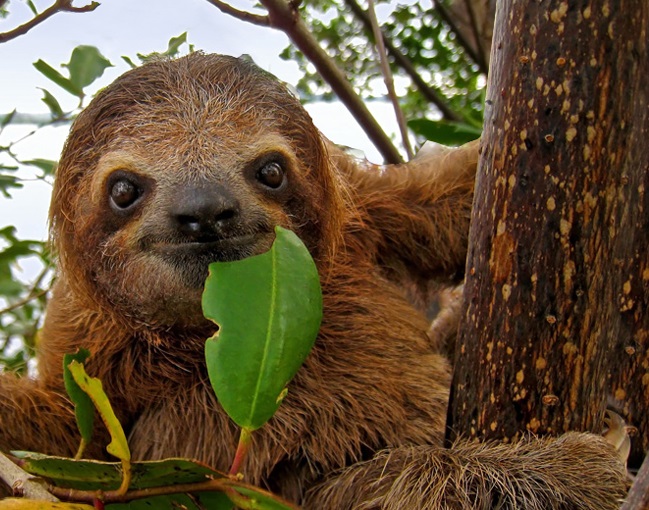 When a 221 acre (89.5 hectare) parcel of one of the world’s most endangered habitats, the Atlantic Forest in Brazil, became available for purchase, WLT launched the Olympic Forest Appeal to help partner Reserva Ecológica de Guapiaçu (REGUA) create a protected reserve. This was very timely as 2016 was the year of the Rio Olympics,  and the land purchase created the Olympic Forest Reserve as a wild legacy for the 2016 Olympic Games.

The appeal soon gained the support of Olympic champion rower Helen Glover, who together with Steve Backshall, became a spokeswoman for the appeal. With her help, and as the Olympic fever took over, the appeal was incredibly successful, even exceeding its original target. 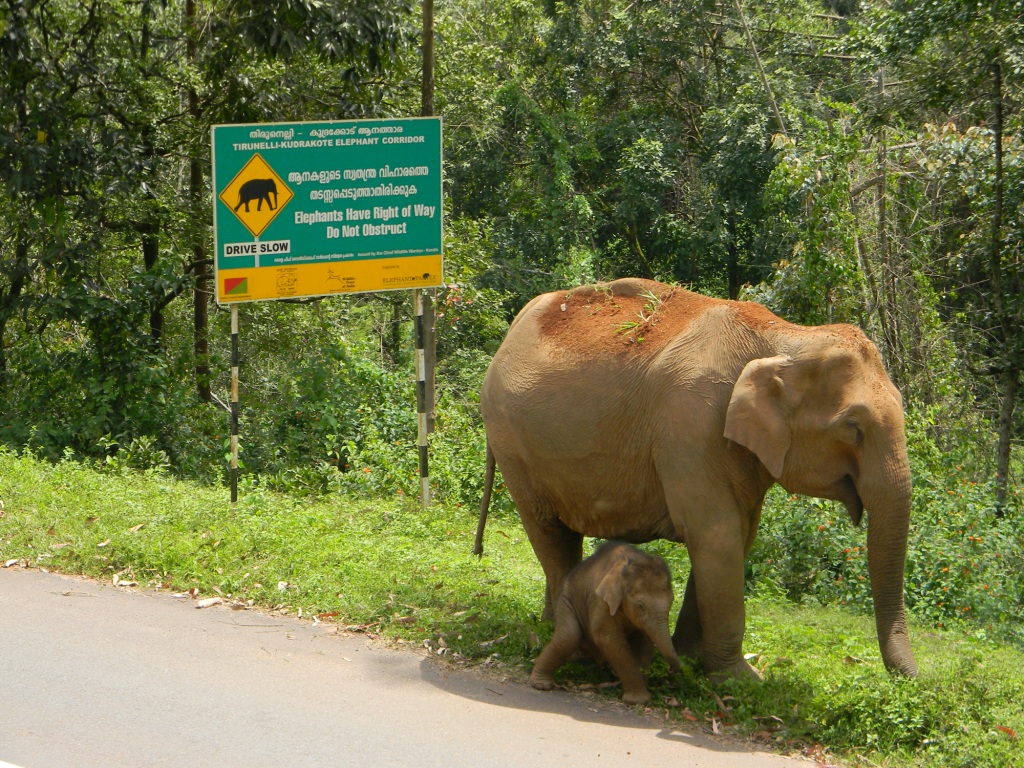 For this year’s Big Match Fortnight, WLT supporters helped us raise £455,000 in matched funds towards securing the Mudahalli Elephant Corridor, a small but very important piece of land which will allow Indian Elephants and other wildlife safe passage between the Eastern and Western Ghats mountain ranges in southern India. 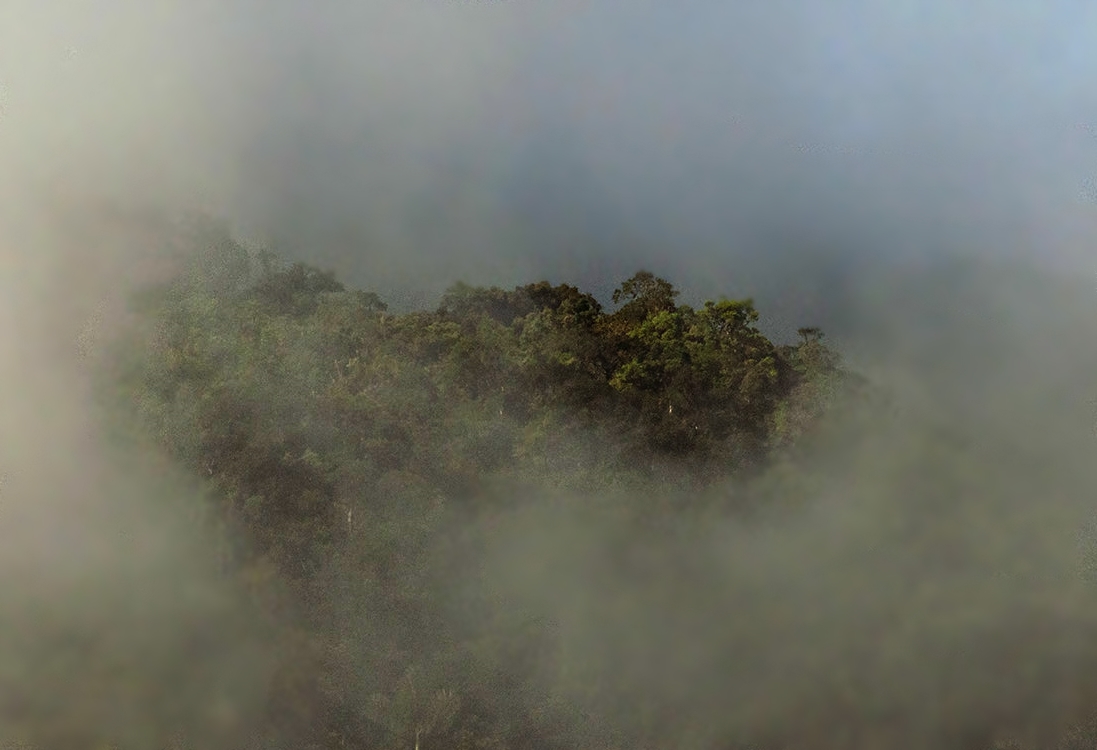 In April 2016, the £500,000 target for the Forests in the Sky Appeal was reached, enabling WLT partner Fundación EcoMinga to purchase several properties, has created the Rio Machay Reserve. This reserve forms a wildlife corridor in the Andean cloud forests between EcoMinga reserves and the Sangay and Llanganates National Parks.

To find out more, read this account of EcoMinga co-founder Lou Jost’s explorations of Rio Machay >> 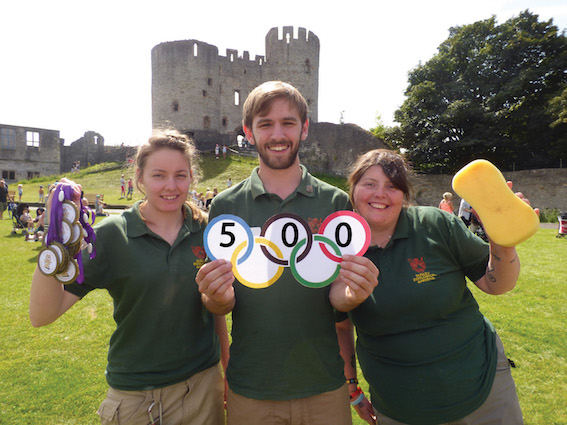 WLT’s work is strengthened by the commitment and creativity of fundraisers, whose efforts are not only incredibly valuable due to the funds they raise for important appeals such as the Buy an Acre or Elephant Corridor Appeals, but they also act as inspirational ambassadors who spread the word about the work we do.

This year we have seen an astounding range of feats by our fundraisers, including marathons and half-marathons, cycling tours, skydiving, standing for elephants and even a ‘Zoolympics’. 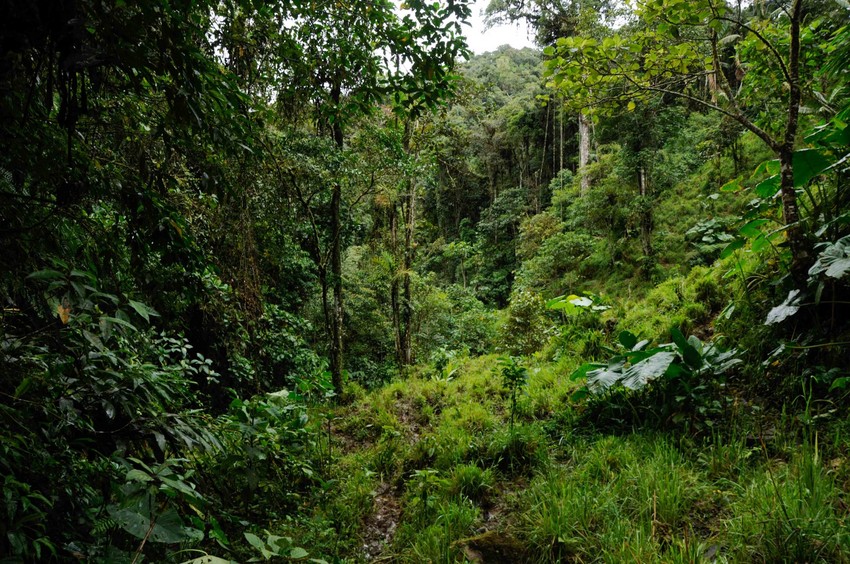 Donations to Buy an Acre this year have made the purchase of 1,738 acres (around 700 hectares) of habitat in Mexico and Ecuador possible. In June a property of 1,191 acres (482) was bought to extend the Hoya Verde reserve in Sierra Gorda Biosphere Reserve, Mexico, which prevented the land being converted to cattle pasture.

Later in the year there were two more land purchases in Mexico, which together extended the Cerro Prieto-Cerro la Luz reserve by 353 acres (243 hectares) and in Ecuador Buy an Acre funds facilitated the purchase of two properties which extended the Nangaritza Reserve by 193 acres (78 hectares). 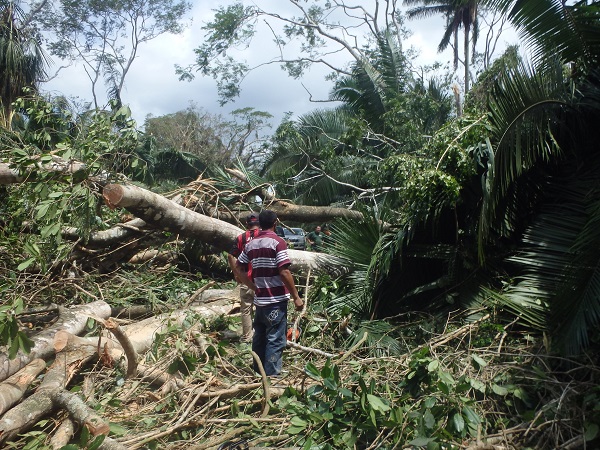 After WLT’s founding project, Programme for Belize (PfB), was hit by the deadliest Atlantic hurricane in Central America for over ten years, WLT launched an emergency appeal to raise funds for the recovery effort. About 50,000 acres (20,000 hectares) were affected by the storm and the destruction made the reserve more vulnerable to forest fires, as well as PfB’s city office suffering damage due to flooding.

The Belize Hurricane Emergency Appeal has raised almost £7,000 towards fire preventative measures and office repairs. We are hoping to reach the £10,000 target before Christmas. Donate now » 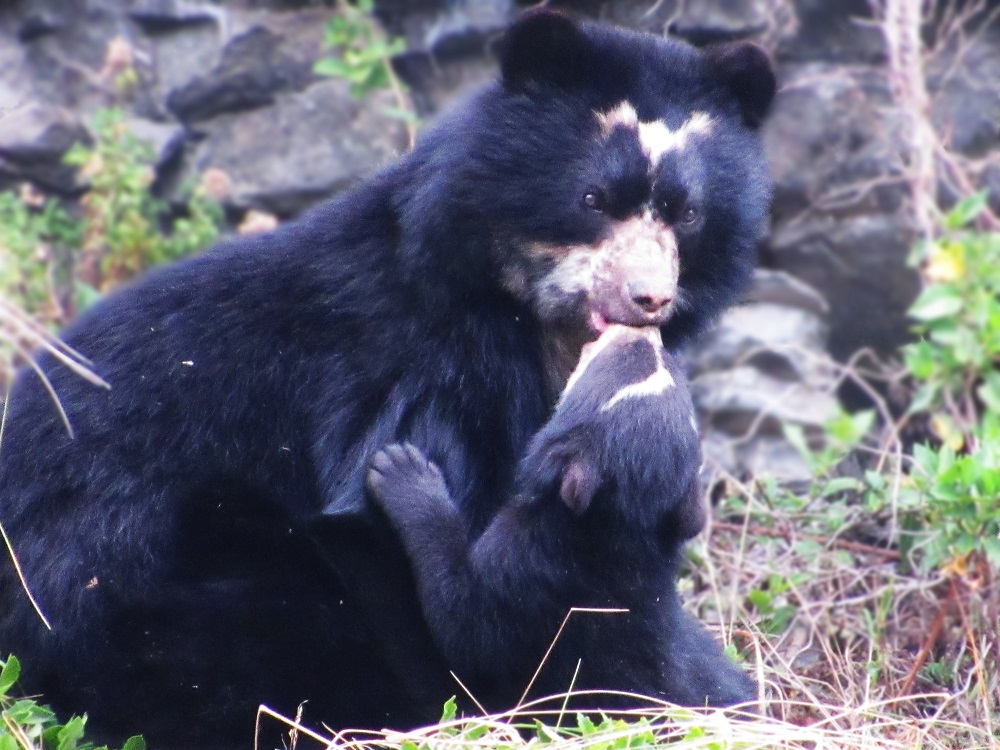 Thanks to a huge online response from WLT supporters, WLT won a €27,200 (£25,000) grant from the European Outdoor Conservation Association (EOCA) for a project with partner Fundación Jocotoco for the conservation of Spectacled Bears. The project won 2,730 of the 4,964 votes cast in the Outdoor category, making up 55 per cent of the votes.

After receiving the grant, the Spectacled Bear conservation project is now well under way, with 10 camera traps purchased and being fitted within the reserve as part of a bear monitoring program. An extensive Spectacled Bear educational exhibition has also been installed at the Interpretation Centre, which includes a dynamic display of information about the bears and their habitats. The grant has also supported a comprehensive fire prevention program to reduce risk to the bear habitat, which includes training forest guards about the forecasting, control and extinction of fires. 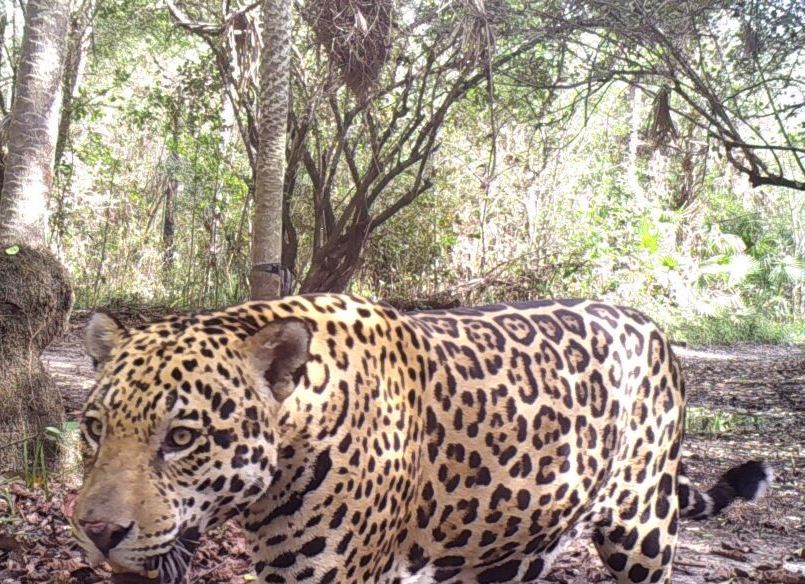 One of WLT’s Carbon Balanced projects received high recognition this year, with the Paraguay Forest Conservation Project supported by Swire Pacific Offshore receiving VCS and CCBA Gold Level certification, recognising that the biodiversity and community value of the carbon project, carried out with Guyra Paraguay, was of exceptional standard.

WLT has also had great success with the Carbon Balanced project in Vietnam, protecting Annamite Lowland Forest from being selectively logged and degraded. As this project goes forward, the importance of this habitat for endangered species becomes more apparent, which is being protected by partner Viet Nature’s management of the area, supported by Carbon Balanced corporate supporters such as The Body Shop.

Another one of WLT’s ongoing Carbon Balanced projects is protecting native Amazonian foothill forest that would otherwise be felled, preventing its stored carbon from being released into the atmosphere. A land purchase funded by Carbon Balanced and Buy an Acre was finalised at the end of 2015 and 2016 saw the progress of the project under management by Naturaleza y Cultura Ecuador (NCEcuador). 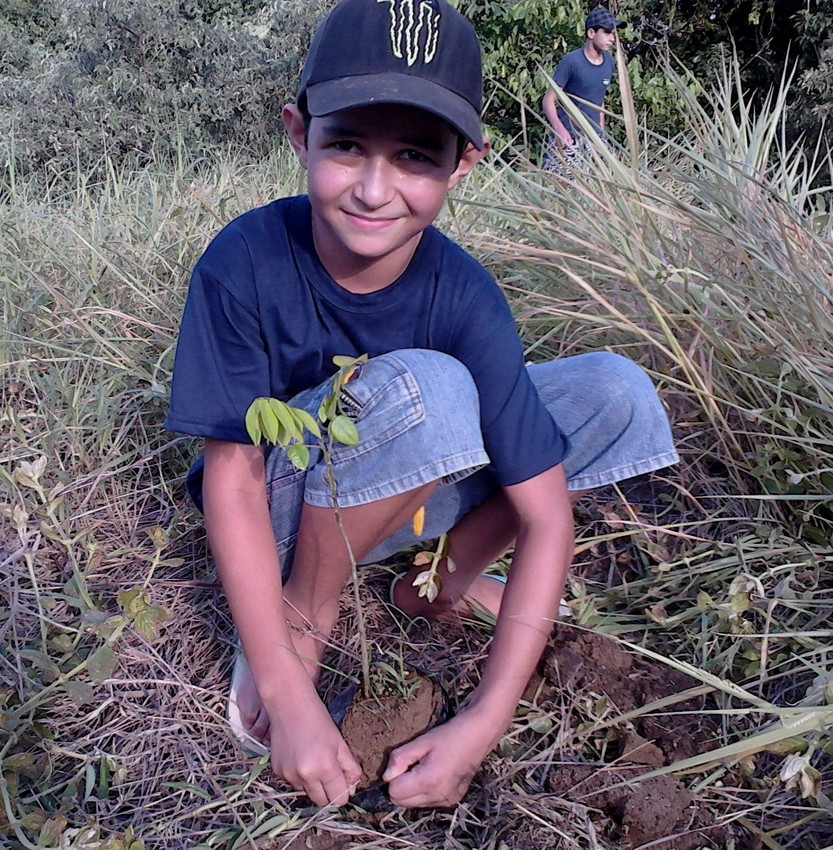 WLT has worked with five partner organisations to reforest various habitats as part of our commitment to lands for conservation, as some habitats are currently too degraded to regenerate naturally and function as forested ecosystems.

As well as the Bolivian reforestation project supported by the Action Fund, WLT also received funds from Korean NGO Tree Planet to plant 425 woodlot trees on smallholdings in Kenya to alleviate pressure in the form of wood fuel and timber collection on Afromontane forest in the Mount Kenya area.

So thank you again to anyone who has supported WLT projects in one way or another this year- we could not have done any of this without your help!