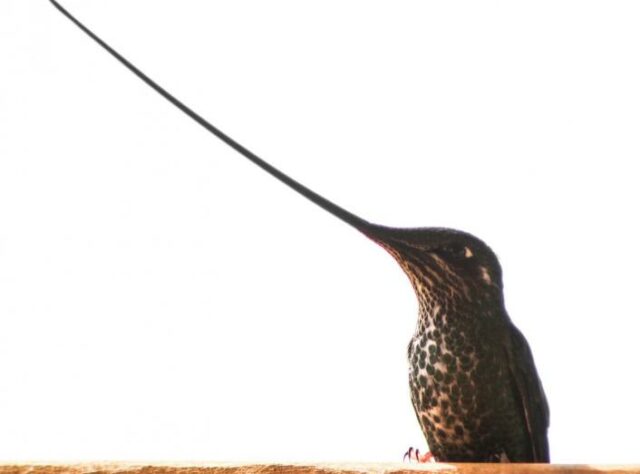 Fundación Jocotoco’s annual BirdBlitz, which attracts people from miles around to participate in a two-day bird count within Jocotoco’s reserves, has surpassed the birding records from the past two years by counting a magnificent 693 species across ten reserves.

88 people came together from local communities for the BirdBlitz and recorded 5454 bird sightings, as well as multiple mammals including Spectacled Bears, Spider Monkeys, Howler Monkeys, Sloths and Deer, and even tracks from Pumas and Tigrillos.

Fundación Jocotoco own and manage ten reserves which protect habitat in the Andean and western coastal provinces of Ecuador, which are abundant with birdlife.

The most diverse reserve of BirdBlitz 2016 was Narupa Reserve, which is 1,871 acres (757 hectares) of tropical forest just above the Amazon lowlands, which WLT supported an extension to in 2014. 222 species were recorded at Narupa during the count, including the elusive Black Tinamou and magnificent Harpy Eagle.

171 species were recorded in Buenaventura Reserve, including the Endangered El Oro Parakeet. Sightings of this colourful bird, which has become endangered due to extreme habitat loss caused by deforestation, brings hope to conservationists for the survival of this species. The El Oro Parakeet is endemic to Ecuador and can only be found in a few fragmented locations; Buenaventura is home to two thirds of the world’s population.

Earlier this year, the WLT Action Fund co-supported an extension of Buenaventura Reserve with American Bird Conservancy (ABC) which was the first step in a long-term plan to create an ecological corridor in southwest Ecuador, which will help the conservation of endangered species like the El Oro Parakeet.

Another Endangered bird species spotted during the BirdBlitz was the Pale-headed Brush-Finch, a remarkable conservation success story which owes its recovery from Critically Endangered status to the excellent work by Fundación Jocotoco. The organisation located a tiny population of the brush-finch in a 60-acre patch of scrub woodland, which was swiftly purchased and turned into the Yunguilla Reserve, where the bird was recorded during the BirdBlitz.

BirdBlitz 2016 has once again shown the ecological importance of Jocotoco reserves, and their role in protecting the rich avian diversity of Ecuador.

WLT supports Fundación Jocotoco’s important work protecting bird diversity and endangered species by funding land purchases through the Action Fund, as well as supporting the long-term protection of the reserves through Keepers of the Wild.