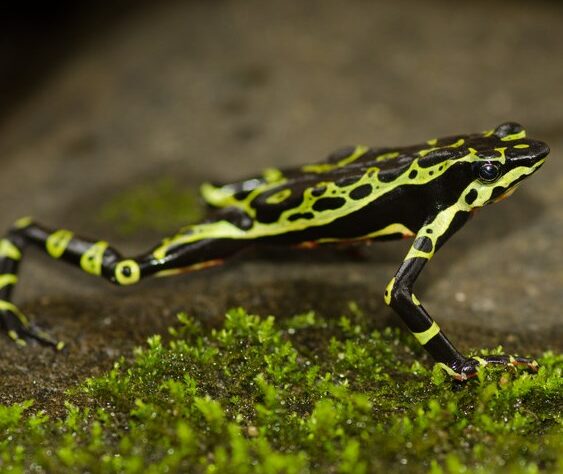 World Land Trust (WLT) would like to thank supporters of Buy an Acre for funding land purchases to protect cloud forest in Ecuador and Mexico.

Protected as far as the eye can see

As the forest contains straight cedars which can be used to make shingles, when staff from WLT partner Grupo Ecologico Sierra Gorda (GESG) visited the site two years ago, they found someone logging 40 year old cedars for timber.

After a survey of the property Roberto Pedraza Ruiz, Lands for Conservation Chief at GESG, said “There is always an increasing demand for timber and we were worried about this area after our visit two years ago. But it is still in good condition, and it reaches the rim of the second highest peak of the eastern ridges of the Sierra Gorda Biosphere Reserve, 2,700m above sea level. The views from the huge cliff were very inspiring, because there is solid forest as far as the eye can see and it is now a huge reserve.”

The purchases to extend the Nangaritza Reserve border the core reserve area, protecting a unique ecosystem where the Andes meet Amazonian foothill forest. Much of this habitat has been degraded due to clearing land for cattle grazing, which is the state of a small portion of the purchased land.

However, now the land has become part of the reserve it will be allowed to regenerate to its former state and create a continuation of this endangered habitat, which contains spectacular biodiversity including amphibians such as the Critically Endangered Limon Harlequin Frog, threatened bird species such as the Orange-throated Tanager, as well as mammals including the Jaguar, Spectacled Bear, Mountain Tapir and Ocelot.

WLT’s Buy an Acre programme works in areas where threatened land high in biodiversity can still be bought and protected for relatively small amounts of money. Buy an Acre supporters have directly protected the habitats described in this article by donating £100 to this fund.

Why not gift an acre of Jaguar habitat to someone special this Christmas? Recipients for gift donations of £25 or more receive a personalised certificate and WLT gift pack.