Not just elephants: the other wildlife of the Mudahalli Corridor SEARCH NEWS 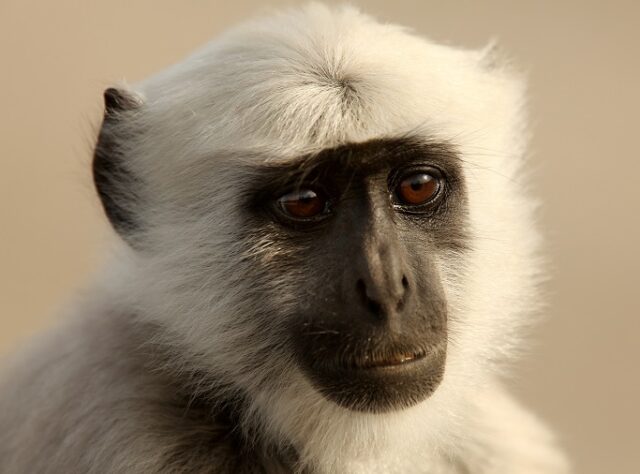 The Elephant Corridor Appeal is working to reduce human-elephant conflict in Mudahalli, but the conservation impact of the project will benefit more wildlife than just Elephas maximus indicus.

The Western Ghats mountain range is one of the 34 biodiversity hotspots of the world, and the Mudahalli Corridor will connect it with the Eastern Ghats, creating a safe passage for many more mammals native to southern India.

In the most recent wildlife survey of Mudahalli Elephant Corridor it was estimated that a minimum of 15-20 tigers used the corridor every year. Bengal Tigers (Panthera tigris) are the national animal of India and are classified as Endangered by the IUCN as they have been poached for traditional medicine, persecuted by humans for killing livestock and restricted to seven per cent of their original historic range.

Tigers also have an important role at the top of the food chain, controlling populations of herbivores such as Indian Muntjac (Muntiacus muntjak), Sambar Deer (Cervus unicolor) and Chital (Axis axis). However, they are not the only predators who live in the area.

The Biligiri Rangaswamy Temple (BRT) Tiger Reserve is also home to the little-known and endangered Asiatic Wild Dog, or Dhole (Cuon alpinus). Dhole resemble their African cousins in their diet and behaviour, hunting successfully in small packs to bring down prey animals much larger than themselves.

Even more elusive is the Indian Leopard (Panthera pardus fusca), which are solitary and avoid the other predators in their nocturnal habit, often dragging prey up into trees where opportunistic predators will not be able to steal their kills. The Indian Leopard has been severely poached in India, with more than 3,000 leopards killed between 1994 and 2010 for their skins and other body parts.

Straight from The Jungle Book: Bears and monkeys

Mudahalli also hosts the species Rudyard Kipling based one of his main fictional characters from The Jungle Book on- Baloo the Sloth Bear. The Sloth Bear (Melursus ursinus) is listed as Vulnerable on the IUCN Red List as it has suffered from habitat destruction and degradation as well as poaching for its gall bladder, which is valuable in traditional medicine markets.

There is also a host of monkeys which can be found in the reserves neighbouring the corridor, including Nilgiri Langur (Trachypithecus johnii), Bonnet Macaque (Macaca radiata) and Grey Langur (Semnopithecus dussumieri). The latter species is referred to in The Jungle Book as the ‘Bandar-Log’ which translates from Hindi to ‘monkey people’, a troop of squabbling anarchists who are shunned by the rest of the jungle.

As monkeys are considered sacred in Hinduism (the Grey Langur is also called the Hanuman Langur, after the Hindu monkey-god Hanuman) monkeys are not significantly threatened by poaching, but have also suffered from loss of habitat. This has brought them closer to towns and villagers, where they come into conflict with humans beacause of their crop-raiding behaviour.

World Land Trust (WLT) is currently raising funds to secure the Mudahalli Elephant Corridor to reduce human-elephant conflict in the area and allow animals safe passage between the BRT Tiger reserve and Sathyamangalam Tiger Reserve, which is one of the connections used by wildlife between the Eastern and Western Ghats.

All donations before 19 October 2016 will be matched by the sponsors of Big Match Fortnight, so your support will go twice as far.