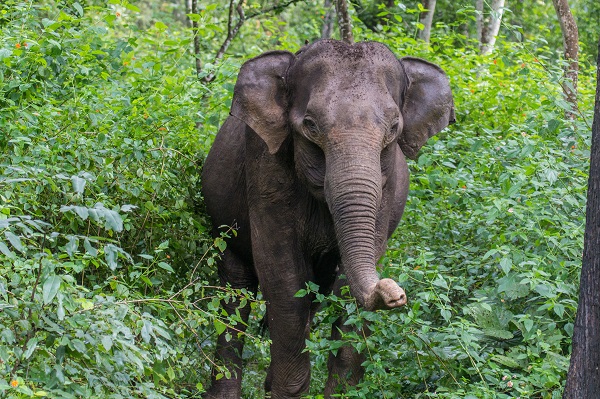 There have been multiple cases of wild Indian Elephants being killed by illegal electric fences within the Indian states neighbouring the Mudahalli Elephant Corridor during the past few months.

Human-elephant conflict in India is particularly high, as elephants crossing between protected reserves through human populated areas will raid agriculture fields, causing millions of pounds of damage to crops and buildings.

To keep wildlife from raiding their crops farmers sometimes resort to putting up wires illegally connected to high voltage electricity. In the past few months, there have been numerous instances of people indirectly killing elephants with these dangerous wildlife deterrents.

In June this year a 15 year old elephant was electrocuted when it came into contact with an electric fence put around a private coffee estate near Udhagamandalam, a town in the state bordering the Mudahalli Elephant Corridor.

In July a four year old elephant calf was electrocuted on a farm in the Burugur forest area close by the Chamarajanagar Wildlife Division where the Mudahalli Corridor connects to the Sathyamangalam Tiger Reserve.

There was also a case of a six year old elephant calf being badly injured by an explosive planted by a farmer to scare away wildlife in Coimbatore, the closest large town to the Mudahalli Corridor. The calf had wandered into the farm looking for food at night where it attempted to eat the device, which exploded in its mouth. This is not an isolated incident, as a 10 year old elephant was discovered with a similar injury, also near Coimbatore, two weeks ago.

Why will corridors reduce conflict?

Human-elephant conflict in India is aggravated by the lack of continuous protected habitat linking together National Parks: wildlife corridors. Without these corridors elephants are forced to pass through agricultural lands where they are vulnerable to electric fences and other dangerous deterrents.

World Land Trust is working with partner organisation Wildlife Trust of India (WTI) with an ultimate goal to secure 101 corridors across the country for the safe passage of elephants and other wildlife. WLT’s current Elephant Corridor Appeal is raising funds for the Mudahalli Elephant Corridor which will protect elephants moving between the eastern and western Ghats in southern India.

Elephants have a right of passage, and you can help us give it back. Support the Elephant Corridor Appeal today and your donation will be matched by the Big Match Fortnight sponsors, ensuring your support goes twice as far.