Saying goodbye to one of India’s greatest conservationists SEARCH NEWS 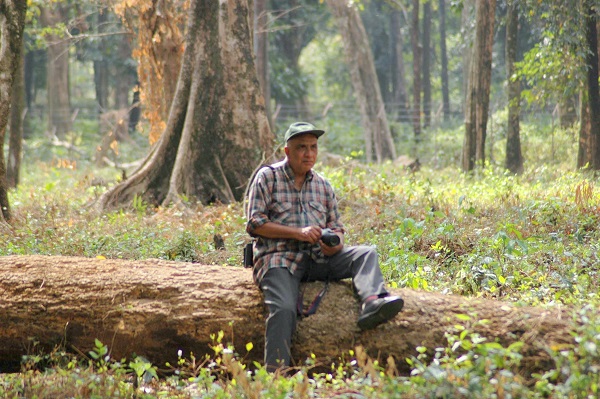 The Founder of World Land Trust’s (WLT) conservation partner in India, Ashok Kumar, has died aged 81. WLT celebrates the life and work of a man who pioneered wildlife trade monitoring and modern conservation in India.

Coming from an unlikely background, Ashok was working for Tata Steel when his travels brought him into contact with the forests and elephants of Similipal, which left him captivated. It was there that he met Saroj Raj Choudhary, the Field Director of the Similipal Tiger Reserve, and his tiger Kheri, and they inspired him to dedicate his life to saving wildlife.

He began by visiting the International Director of TRAFFIC, Jorgen Thomsen, at Cambridge University in 1991, and proposing to run an Indian branch of TRAFFIC. So from a tiny room in the basement of the WWF-India building in New Delhi, Ashok began to crack down on wildlife trade in India, which had virtually no opposition until then.

Joined by current WTI director Vivek Menon and Mohit Aggarwal, Ashok’s branch of TRAFFIC organised the biggest seizure of illegal wildlife artefacts in the history of India at the time, confiscating a cache of 300kg of tiger bones, eight tiger skins and 60 leopard skins in Delhi.

Vivek described Ashok as “a tremendous conservationist with a never say die attitude. His fight against wildlife crime will be remembered not only for his nabbing Sansar Chand (the famous tiger bone trader) or cases against Bollywood star Salman Khan and cricketer Pataudi but also for building institutions to combat it. Ashok set up TRAFFIC India and the Wildlife Crime Control Bureau of India. He founded WTI with me and, in him, I have lost a friend and mentor of three decades.”

The beginning of Wildlife Trust of India

In 1998 Ashok co-founded Wildlife Trust of India (WTI) with Vivek Menon, Tara Gandhi and Thomas Matthew. Now WTI has over 150 people working fulltime to protect India’s wildlife with projects across the country.

Ashok expressed his pride in WTI’s accomplishments in an interview with Sanctuary Asia in 2013, “We have achieved dramatic results at a time when the odds have been stacked against wildlife. We have been quieter than most NGOs, and our strategy has been to engage with the system, even when we opposed it for this or that project, or policy reason.”

As Chairman Emeritus of WTI and long-time friend of WTI Director Vivek Menon and WLT Founder John Burton, Ashok will be missed but he has left an exceptional legacy of wildlife protection which India will benefit from for many years to come.