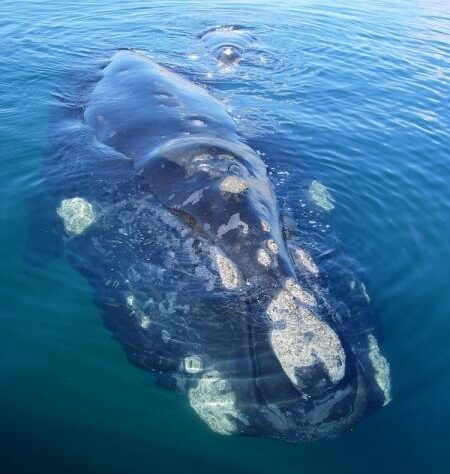 Every year Southern Right Whales pass the coast of La Esperanza Wildlife Refuge on their way to Península Valdés, their mating and breeding grounds.

This migration presents an opportunity to study the breeding dynamics of this population of Southern Rights, as many females choose to give birth and raise their calves within the nearby bay of Golfo Nuevo.

Ranger Adrian has been stationed at Punta Flecha observatory recording the passing whales since mid-May and has recorded approximately 90 adult whales and around 30 calves.

Adrian captured the footage below as a pod of four whales passed close by the Observatory:

His salary is supported by World Land Trust’s Keepers of the Wild programme, which supports the reserves land purchase projects have secured by paying the salaries of rangers hired to monitor wildlife and protect the land from threats.