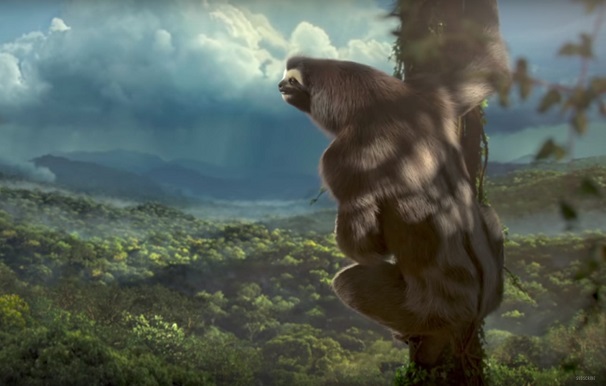 The hushed jungle waits under the mist of dawn, when the drum of a woodpecker stirs the silence, and the forest awakens. So begins the BBC trailer for the Rio 2016 Olympic Games, which features the Atlantic Forest as a symbol of Rio and Brazil.

The power of the world’s best athletes is symbolised by the jungle’s charismatic species performing Olympic feats: an anteater performs the hammer throw; caimans dive down a waterfall; a sloth swings the uneven bars; and an armadillo heaves a log-barbell over its head.

At World Land Trust (WLT), we also believe that the Atlantic Forest is a powerful symbol of the riches of Rio, which is why the land purchased from our latest appeal will become the Olympic Forest Reserve, an extension to Reserva Ecológica de Guapiaçu (REGUA).

Although they are yet to learn to play volleyball or perform other sports shown in the animated trailer, many of the species depicted live in REGUA: Broad-snouted Caiman (Caiman latirostris), Nine-banded Armadillo (Dasypus novemcinctus), Brown-throated Three-toed Sloth (Bradypus variegatus) and the Brown Howler Monkey (Alouatta guariba).

The appeal even has the voice of an Olympic champion, with rower Helen Glover pledging her support and saying “The Olympic Forest Reserve will be fantastic legacy for the 2016 Olympics.” 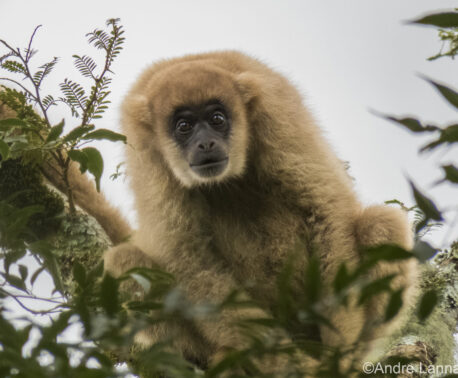