One last push for the Olympic Forest Appeal SEARCH NEWS 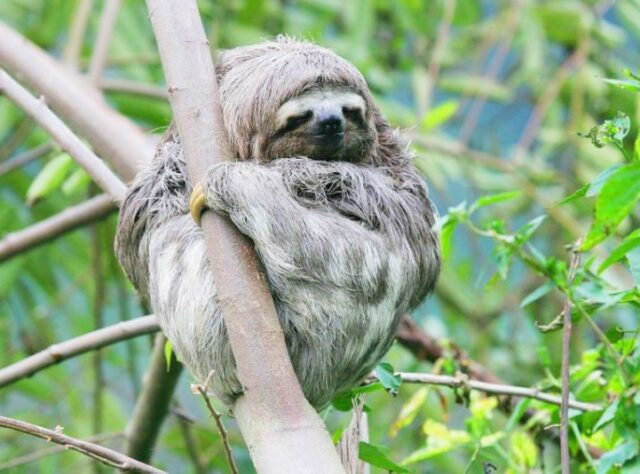 Time is running out for the Olympic Forest Appeal, with one month left to raise the remaining £2,438 to buy an area of Atlantic Forest which will become the conservation legacy of the Rio 2016 Olympic Games.

World Land Trust would like to thank everyone who has so far supported our goal to purchase and safeguard 221 acres (89.5 hectares) of threatened forest and its diverse wildlife, which will become the Olympic Forest Reserve. So far, with your help, we have raised £37,562 of the £40,000 target.

Why is this appeal important?

The Atlantic Forest is one of the most vulnerable and unique ecosystems in the world. As the habitat has been broken apart by urbanisation, logging, agriculture and roads, the wildlife unique to these forests have found themselves trapped in smaller and smaller areas.

For the wild populations of animals such as the Brown-throated Three-toed Sloth (Bradypus variegatus) and the Endangered Woolly Spider Monkey (Brachyteles hypoxanthus) to survive, they need to be reunited with other populations isolated in the fragments of Atlantic Forest.

What will my money do?

Donating to the Olympic Forest Appeal ensures that the wildlife will be protected from hunting by REGUA’s rangers, species lost to the area will be reintroduced and local communities will benefit from the ecosystem’s natural disease control and water filtration.