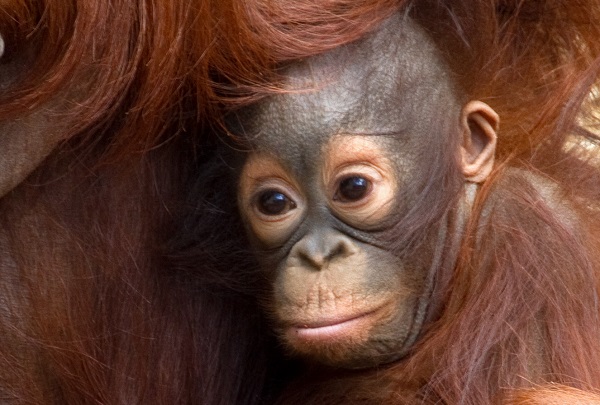 Bornean Orangutans have been labelled an urgent priority for conservation by scientists from the International Union for Conservation of Nature (IUCN), who have re-classified this great ape species from Endangered to Critically Endangered.

A species is defined by the IUCN as Critically Endangered when it is facing an extremely high risk of imminent extinction in the wild. The criteria for this was met when scientists proved that the number of orangutans will decline by about 80 per cent between 1950 and 2025, considering the future development plans of the Indonesian and Malaysian governments.

What does that mean for Orangutans?

Dr Marc Ancrenaz, Scientific Director of HUTAN, WLT’s partner in Malaysian Borneo, and Co-Director of the Kinabatangan Orang-utan Conservation Project has written a blogpost about what this means for orang-utans and what should be done to secure their future. This guest blog can be read here.

What is WLT doing for Orangutans in Borneo?

WLT has been working with HUTAN since 2008, raising funds to secure corridors to link isolated patches of Bornean Orangutan’s rainforest habitat in Malaysian Borneo. Initially two corridors in North East Sabah were safeguarded to give orang-utans safe passage across larger areas. The Kretam-Kulamba Corridor secured 672 acres (272 hectares) and a further corridor in the Lower Kinabatangan Floodplain secured 222 acres (90 hectares) of this critically threatened habitat.

In a bid to save more continuous habitat along the Kinabatangan Floodplain WLT launched its largest appeal to date, in August 2013 aiming to raise one million pounds. The target was reached in May 2014 and parcels of land were secured to safeguard the Keruak Corridor. This corridor now links two existing forest reserves and enables isolated groups of orang-utans to travel over larger distances and to form more viable populations.

WLT is not currently raising funds for land purchase in Borneo, but the Keepers of the Wild programme supports the salary of Ranger Berjaya, whose work is vital in ensuring the land safeguarded through HUTAN’s work is safe for orang-utans.