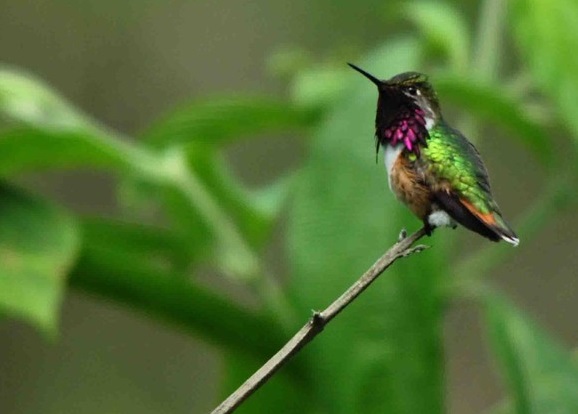 A team from the BBC Natural History Unit recently visited the Sierra Gorda Biosphere Reserve to feature its biodiversity and signature species in an episode about the mountains as part of a series about Mexico.

The producer of the episode, Victoria Bromley, described Sierra Gorda as a crucible of life in the collision zone of two continents, saying “In our programme, Sierra Gorda represents a clash of worlds. Mexico is where the tropical south and the temperate northern American mountain regions come together. We wanted to show the bizarre natural contrasts this creates.”

“I think lot of people living in the UK don’t think about Mexico as being particularly important for biodiversity but it is actually one of the most biodiverse countries in the world. We wanted to reveal the grandeur of Sierra Gorda’s incredible landscapes and meet some of the thousands of colourful animal species you can find there.”

On their first day the crew were taken to the territories of the Bumblebee Hummingbird (Atthis heloisa) by Roberto Pedraza Ruiz, award-winning photographer and Technical Officer of GESG.

This species prefer open areas among old growth forests, where they establish their mating territories and protect them aggressively. All the territories that were filmed by the BBC were within the nature reserves created with WLT’s support.

One day of filming was spent capturing the Axolotls (Ambystoma velasci) found in Sierra Gorda. Kevin Flay, an expert in macro videography, set up an aquatic set in a tank to film the amphibians in before releasing them.

Roberto said, “They are not the most dynamic creatures as they spend most of their days floating in ponds, but they look quite like aliens with their gills, the long tails, the big mouth and the tiny eyes. They are not the prettiest creatures around, but I like them. They look like they are smiling!”

The three-part series about Mexico will be launched mid-2017, as a continuation of the BBC 2 three-part series (such as Japan: Earth’s Enchanted Islands and Patagonia: Earth’s Secret Paradise) on landscapes which inspire the imagination, and the Mountains episode will feature footage from Sierra Gorda.

World Land Trust supports the conservation of biodiversity in Sierra Gorda through Buy an Acre Mexico and by funding the salaries of rangers Abel and Leonel through Keepers of the Wild.

Find out more about how you can help to protect Sierra Gorda here. 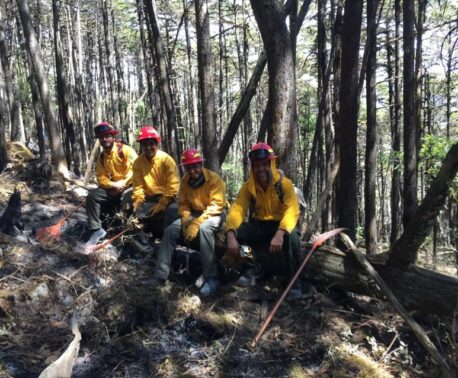 As we reported on Tuesday 14th April, our partner in Mexico, Grupo Ecologico Sierra Gorda (GESG), had to respond urgently …