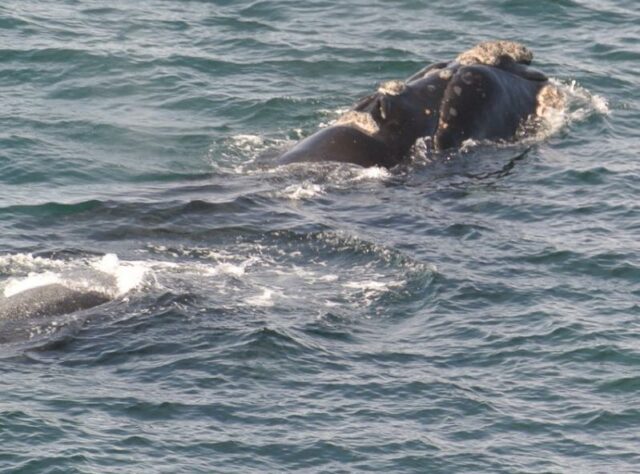 Last week Tour Operator Pura Aventura invited WLT supporters to an evening in homage to the wildlife, landscapes and people of Patagonia. The night was a resounding success, with one lucky audience member walking away with tickets for a holiday in Chilean Patagonia.

Bill visited the Patagonian Coastal Steppe to film Penguins, Parrots & Whales with a team from the BBC while staying at La Esperanza Wildlife Refuge in 2005. His talk inflamed the audience’s wanderlust: enthralling with footage of an orca sneaking up to shore to snatch a seal pup, and entertaining with jokes about the unusually named birds of the region (tit-tyrants and leaftossers).

To follow up on the inspirational evening, WLT checks in with the Keeper of the Wild, Adrián Rodriguez, who works for Fundación Patagonia Natural (FPN) monitoring the wildlife of La Esperanza Wildlife Refuge.

Southern Right Whales (Eubalaena australis), declared a ‘National Natural Monument’ by Argentina in 1984, pass the Patagonian coast to mate and breed off Península Valdés. As the whale season begins, Adrián is stationed at Punta Flecha Observatory to conduct a count of whales on their way to the breeding grounds.

This area is of vital importance to Southern Right Whale conservation, as the mothers choose to raise their calves within the sheltered bay of Golfo Nuevo in the vulnerable first few months of their lives. Monitoring the visiting population is an important part of assessing the condition of the breeding grounds.

However, it is not just whales being monitored in this area. Once a week during Patagonian sea-lion breeding season, Adrián runs a survey of the South American Sea Lion (Otaria flavescens) colony on the shore of La Esperanza Wildlife Refuge. He was also aided in a census of the Guanaco (Lama guanicoe) on the reserve by two volunteers staying in the Refuge.

FPN are also celebrating the declaration of the Andean Condor (Vultur gryphus) as a Natural Monument of the Black River Province, protecting this iconic species which is present from the north to the south of Argentina.

Pura Aventura’s event showed some footage of Tuppence Stone’s BBC documentary Patagonia: Earth’s Secret Paradise, and for those who missed it, clips can be seen here.

To support the conservation work carried out by Ranger Adrian in La Esperanza Wildlife Refuge, donate to Keepers of the Wild. 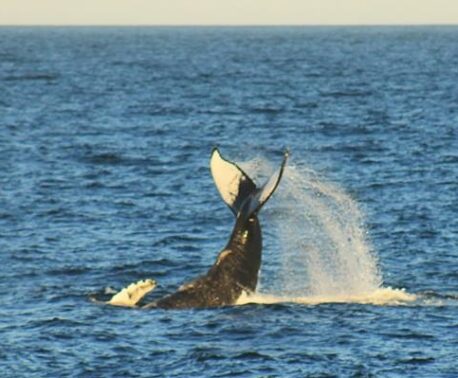 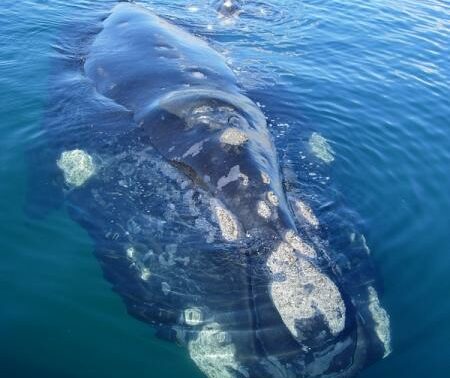