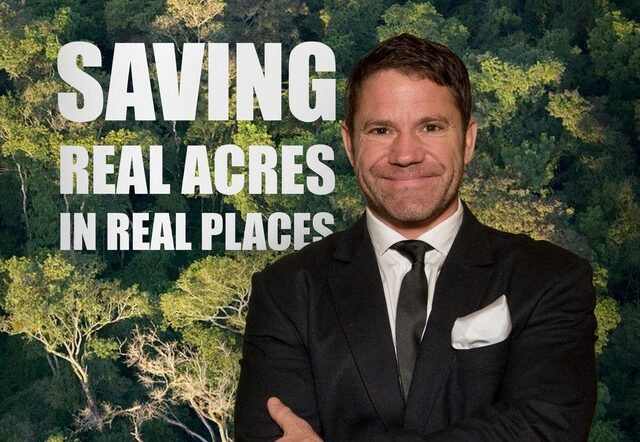 Steve is a naturalist, writer and television presenter known for his adventurous spirit on programmes such as BBC TV’s Deadly 60 and the Lost Lands series.

He has already achieved a great deal for WLT, by taking part in the Devizes to Westminster International Canoe Race which raised more than £50,000 for land purchase and protection in Colombia.  More recently he has championed the Forests in the Sky appeal, which reached its £500,000 target in April this year.  More land is now being saved to increase the size of the corridor.

Steve had been supporting WLT for several years but it was through his kayak canoe race that he made a special commitment to the Trust, and last year he gave his voice to the Forests in the Sky Appeal. Helping us launch our ambitious fundraising target Steve made a video message supporting the appeal, despite being in the middle of Monterey Bay in California filming for BBC’s Big Blue Live at the time.

“ I fully support the Trust’s commitment to saving what is left while there is still time, whether it be through direct land purchase, leases or community reserves.”
Steve Backshall

About becoming a Patron of WLT Steve says:

“I have been following the work of World Land Trust for several years and have been fortunate enough to travel to many of the countries where WLT works with its overseas partners. Wilderness areas are my passion and they are disappearing far too quickly.  I fully support the Trust’s commitment to saving what is left while there is still time, whether it be through direct land purchase, leases or community reserves.”

“WLT always takes into account the needs of the local people and empowers them to take responsibility for the safety of the reserves that are created. I was delighted to be invited to become a Patron and had no hesitation in accepting.  I intend to do more to help in the future.”

Canoe race to save threatened rainforest

In April last year Steve and his fellow paddler George Barnicoat kayaked 125 miles in the Devizes Westminster International Canoe Race along the Kennet and Avon Canal and the River Thames to raise money for WLT to secure 481 acres (195 hectares) of Chocó rainforest in Colombia. The race took them 23 hours and 17 minutes to complete.

The £53,106 raised from the race and the auction of 17 signed shirts from Steve’s Strictly Come Dancing stint was used to extend the Las Tangaras Bird Reserve along its southern edge and pay the salary of a Fundación ProAves ranger to protect the habitat of one of the most poisonous animals in the world, the Golden Poison Frog (Phyllobates terribilis) at another of ProAves’ reserves, Rana Terriblis.

Through his programmes and books documenting dangerous wildlife from all over the globe, BAFTA winning Steve has become an influential voice for nature, advocating conservation through his wide network. Steve also regularly writes about current conservation issues for the Huffington Post.

World Land Trust is delighted to welcome Steve as a Patron.