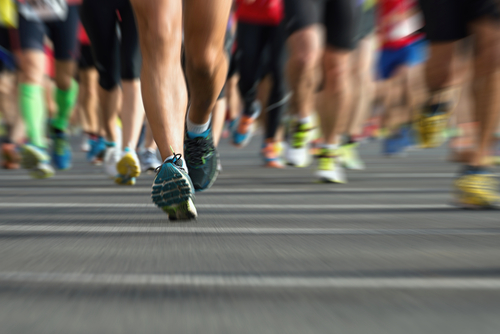 World Land Trust (WLT) would like to thank all the people who have donated or fundraised for WLT this May. Here are some of the highlights from the past few weeks and some fundraising feats to look out for.

Thames in the twilight

Joe and Kieran were the first to run over all thirty of the Thames bridges in London in one night. Starting in East Molesey, they criss-crossed over the river to raise funds for WLT projects which will build bridges of habitat in biodiversity hotspots all over the world.

Four supporters of WLT did the London to Brighton ultramarathon last weekend, altogether raising several thousand pounds for WLT projects. WLT Head of Development Dan Bradbury walked the 100 kilometre course with Patrick Donegan, whilst Rob Beale and Phil Giannecchini decided to run the distance, despite neither of them having run that far before.

Running the length of Portugal

In October 2016, Tyrone Tooze will run the entire length of Portugal in 10 days or less, averaging 40 miles a day across vastly changing terrain, to raise money for the Shark Trust and WLT. His journey will begin at the tip of Portugal in Caminha, all the way down the coast and end in Sagres in the South.

As part of Clutton Primary School’s Rainforest Relief event this July, teacher Russell Tanner is determined to become the oldest person to cycle the 240 miles between Clutton and the WLT offices in Halesworth, Suffolk.

Russell said “I’ll be setting out on 15th July at 8.30ish and hope to complete the odyssey with 52 year old mind and body still intact within 36 hours. The ride is part of a wider fundraising initiative to purchase land, through the World Land Trust to save and protect its rainforest for the sake of the myriad of living things who call it their home, as well as help ensure the survival of an ecosystem so vital to our own survival.”

A marathon in memory

Thomas Naisby ran his first marathon in memory of his good friend Duncan Gibbon on April 10, whose family chose WLT to honour Duncan’s love of nature.

Outdoor sport enthusiast Pete Fitzpatrick designed his own marathon route from Manchester to Hebden Bridge on April 24. Pete said “The problem is that I’m not so keen on big organised events so I thought I’d make a marathon of my own. I’ve never done any serious charitable fundraising before so this time it’s different. I’ve chosen the World Land Trust because it tackles one of the biggest issues of all – securing the planet’s ecosystem for the long-term.”