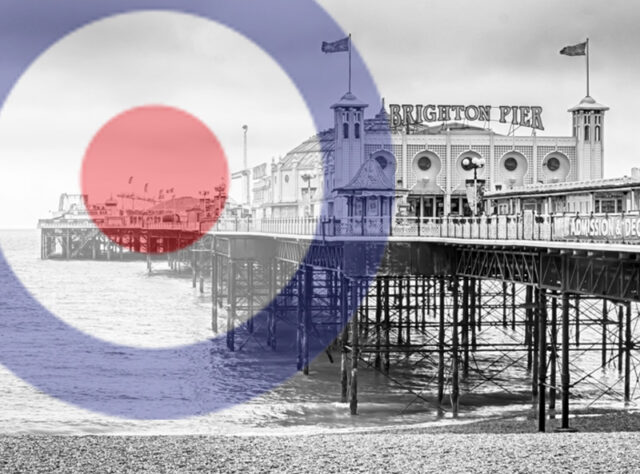 Dan Bradbury, Head of Development at World Land Trust (WLT), is raising money for WLT by walking 100 kilometres from London to Brighton.

To record his training progress and inspire others to take part, Dan is writing a blog which combines updates of his progress with his passion for Mod culture.

On 28 May 2016 Dan will set out from Richmond in south west London and walk 100 kilometres (62 miles) of paths, trails, all the way to Brighton.

He explained the reason for taking on this feat: “Firstly I wanted a challenge leading up to my 40th birthday. The second and equally as important reason would be that I wanted to raise some money for charity.”

Last but not least, Brighton is the spiritual home of the Mods. “There has to be something rather romantic about the idea of heading to the Brighton on a Bank Holiday weekend. It would obviously be better if it was August and on a scooter but then I don’t suppose that’s really a challenge that I can get sponsored for!”

Dan is planning to raise funds for WLT’s Keepers of the Wild programme: “Rangers work extremely hard and there would be no point in saving habitats and the species that live in these areas if there was no one to protect and monitor them. Walking 100 kilometres will help me sympathise with the amount of hiking that rangers have to do in the field.”

With its musical bias, the blog not only a record of Dan’s physical preparation, it also sheds a light on his musical tastes and the tracks he listens to while training.

You can sponsor Dan via his JustGiving page.