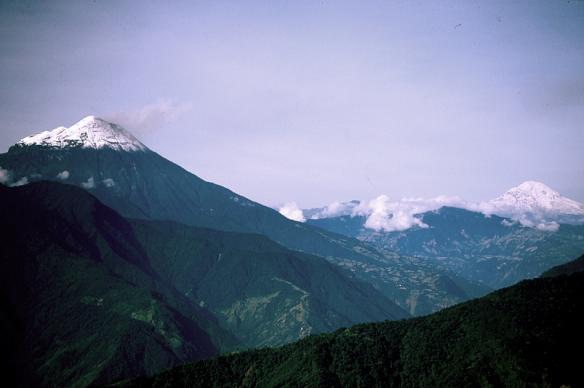 UPDATE: since this story was published on 15 March 2016, the Forests in the Sky appeal total has risen to £475,000. WLT now needs £25,000 to complete the appeal. The figures in this story have been updated to reflect the new appeal total.

World Land Trust’s Forests in the Sky Appeal total now stands £475,000, thanks to generous donations from the Trust’s supporters.

When World Land Trust (WLT) launched the appeal the aim was to raise £500,000 and the result to date is wonderful.

Already land has been purchased and negotiations underway for more properties, all helping towards the goal of linking the national parks of Sangay and Llanganates and form a protected biological corridor of reserves. But, there is still £25,000 to be raised to complete the appeal.

Meanwhile WLT’s partner Fundación EcoMinga is negotiating land purchase as funds permit and they have just signed the necessary papers and made a down payment for a key 1,482 acre (600 hectare) area property.  This is particularly exciting as it protects almost the entire watershed of the Rio Machay, from the high peak of Cerro Mayordomo (3,400 metres) in the Llanganates National Park down nearly to the Rio Pastaza.

This property adjoins the other Forests in the Sky purchases that were carried out in November. 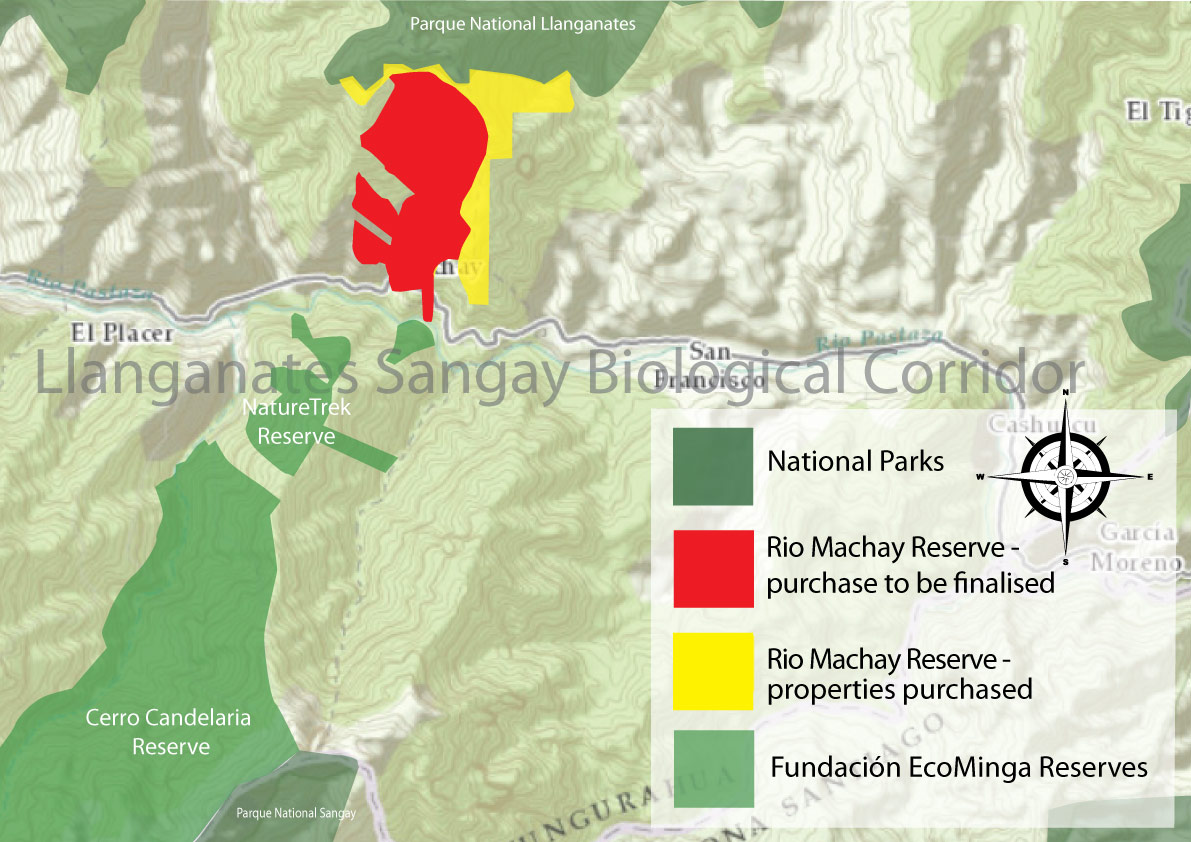 This recent property will be named the Rio Machay Reserve. It is an important part of the conservation jigsaw, protecting an enormous block of forest, twice as large as EcoMinga’s Rio Zuñac Reserve. It was vital to save as it connects to the Naturetrek Reserve on the south side of the Rio Pastaza, which in turn connects to their largest reserve, Cerro Candelaria, which stretches south to the border of Sangay National Park.

WLT has been working with EcoMinga since 2006 and a goal has always been to create this protected corridor.

“There are still some bottlenecks and small gaps, but we have now finished the hard part, the uncertain part, the part that required a small miracle to complete. That miracle was World Land Trust’s choice of EcoMinga as the beneficiary of their annual Big Match Fortnight, and the generous support that this fund drive received. Thanks to WLT and to the many donors who are helping make this corridor a reality” said Lou Jost, co-founder of EcoMinga.

Please help us raise £25,000 towards the final payment of this property and make the Llanganates-Sangay corridor a reality for all its wildlife.