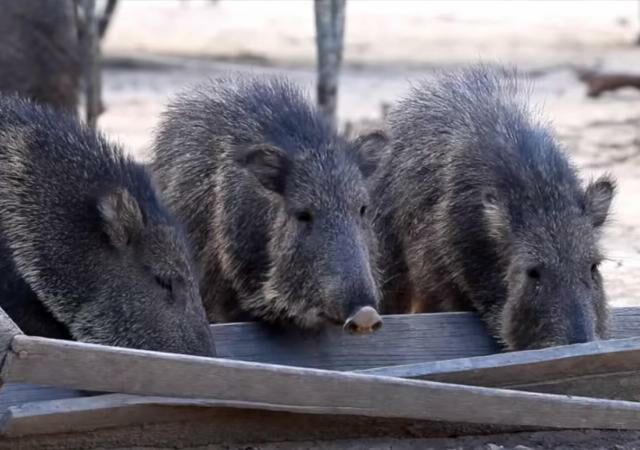 World Land Trust (WLT) has produced a video championing the biodiversity of the Paraguayan Chaco and its wildlife, in particular the Chacoan Peccary.

The video is taken from footage to be shown at an international planning workshop focusing on conservation measures to protect the Chacoan Peccary in Paraguay.

Narrated by WLT Chief Executive John Burton, the video illustrates the landscape of the Chaco, “an extreme habitat, like nowhere else in the world.” The Chaco is under enormous pressure, with vegetation being cleared very rapidly. It’s an environmental disaster that “we’re losing it so fast”, explains John, “because it’ll never come back.”

The Chacoan Peccary (Catagonus wagneri) is classified as Endangered by IUCN, and the status of the species is worsening due to poaching, logging and unplanned agricultural development within its range.

Captive breeding programmes are showing results, but the peccary need large areas of natural habitat if they are to be successfully released into the wild. WLT and Guyra Paraguay have a part to play in finding, buying and protecting land for these releases to take place.

WLT has a long standing commitment to habitat conservation in Paraguay, and recently celebrated the tenth anniversary of its partnership with Guyra Paraguay.