Cycling the length of Britain for WLT SEARCH NEWS 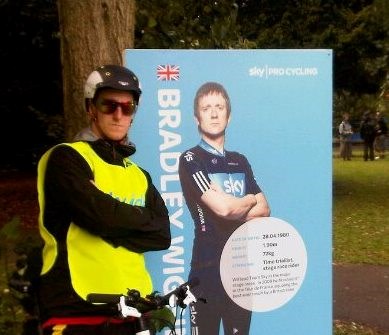 Russ Sharp will be raising money for World Land Trust (WLT) by cycling from Land’s End to John o’Groats in April 2016.

This is the first time that Russ has raised funds for WLT. He’s doing it because he believes that habitat loss is a far more pressing issue than climate change.

He said: “Thousands of species of plant are at risk from extinction due to habitat loss, with many thousands already gone. As well having intrinsic value as a species, these plants may harbour vital biochemistry that could one day be used to cure cancers or other diseases. Plus, these plants and forests are essential for the survival of charismatic megafauna like orang-utans and tigers.”

Find out more about being an individual fundraiser »

You can track Russ’ training here »