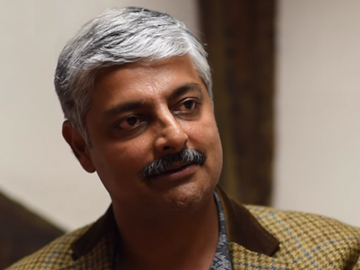 On a recent visit to World Land Trust (WLT) in Halesworth, Vivek Menon spoke of the enduring relationship between his organisation, Wildlife Trust of India (WTI) and WLT.

Vivek is Chief Executive of WTI, who have been working in partnership with WLT for more than a decade.

“Although conservation is a very old business in India (5,000 years actually), the securement of land is a relatively newer concept,” he explained in a video interview recorded at WLT’s office in January. WLT, on the other hand, has specialised in the purchase and protection of land of high conservation value since 1989.

“So WLT possessed the global expertise. WTI had the local expertise of conservation but not necessarily purchase of land, and I thought that really meant a good solid basis for a partnership. When I met John and Viv [Burton] I thought that this was an absolutely natural fit.”

“So WLT possessed the global expertise. WTI had the local expertise of conservation but not necessarily purchase of land, and I thought that really meant a good solid basis for a partnership.”
Vivek Menon, WTI Chief Executive

In a country of more than a billion people, wildlife conservation in India is challenging and WTI’s approach to land purchase has to be very strategic: “When we look at India, it’s a very different kind of land purchase, than say the Amazon or Patagonia or Chaco, where you have thousands of acres of land to buy in relatively unpopulated land. In India it is densely populated land. The amount of land you need to buy may be 25 acres or 100 acres, smaller parcels of land, but they connect protected areas; they may connect mountain ranges, they may connect across a river, critical movement paths for elephants.”

As Vivek explained: “Of our seven ‘big ideas’ as we call them, one of them is land securement, and the idea is very simple. It is to add 1 per cent of India to its protected network.  And we identified those six or seven categories of land that would form part of it. The first one was elephant corridors.”

In 2005 Vivek was one of the authors of Rights of Passage: Elephant Corridors of India. This seminal work identified 88 corridors in India in urgent need of protection to minimise human-wildlife conflict and to enable Asian Elephants and people to live in harmony.

By 2014, four of these corridors had been completed, but the overall target had increased to 100. At the inaugural meeting of the Asian Elephant Alliance in June 2015, Vivek called on WLT and other international conservation charities, Elephant Family, International Fund for Animal Welfare and IUCN National Committee of the Netherlands to focus their efforts to help protect this network of corridors.